Word of the Year

German – the language – has a formal organisation that oversees its development (how very German of it).  It’s called the Gesellscahft fur deutsche Sprache (GfdS).  English version: the German Language Society.

Among other things, much of which seems to involve barricading against English influence, the GfdS selects the German ‘Word of the Year’.  The word reflects important events and debates in Germany; it tries to sum up the year’s mood.

Last year’s – selected by an expert panel from around 3,000 contenders – was ‘Stresstest’.  Stresstest refers to 1) tests by European officials to determine the financial strength of banks, 2) tests by rail operator Deutshe Bahn on the (controversial) Stuttgart 21 rail infrastructure project and 3) tests undertaken on Germany’s nuclear facilities in the aftermath of Fukushima.

The Global Language Monitor (GLM) and TIME magazine also chose words of the year.  Theirs was ‘occupy’.  (SIDE NOTE: The GLM did rank at least one German word: ‘kummerspeck’ in their top 100.  Kummerspeck means ‘excess weight gained from emotional overeating’ or literally: ‘grief bacon’.  Those Germans, eh?).

While there’s no Australian institution to support language – in all likelihood, it’s from us it needs protecting – the concept is a good one.  So, here are a couple of contenders for the Australian WOTY:

For the Internet phenomenon that got a whole of airplay on the back of the death of a Brisbane man who died while planking on his balcony.  And the spate of people that got sacked for planking at work.   And the guy that was fined $500 for planking on a Police car.

In the category of health and fitness, sugar (fructose) is the latest nutritional bogeyman.  More coverage than the benefits of almonds and gluten free combined.

With runner up ‘independents’ and ‘minority government’ a distant third.  So much politicking, so much debate, so much…nothing.

It’s fair to say this year was marked by disasters – from floods in Queensland, Victoria, WA, Darwin, to Cycle Yasi and then the Christchurch earthquake and Fukushima further afield.

Is that UnAustralian? How about ‘Kyle Sandilands’? Technically two words, but controversial DJ Kyle was top of the pops this year…for all the wrong reasons.  His latest spat involved branding news.com journalist Alison Stephenson a ‘fat slag’ and promising to ‘hunt her down’. Nice.

And finally, in the category of me, the word is ‘home’.  January byline: ‘limbo’ as we –my Other and I – searched for one, then ‘spent’ (financially, physically) when we got one and finally: Content. And then: Content Mark II when got air conditioning. 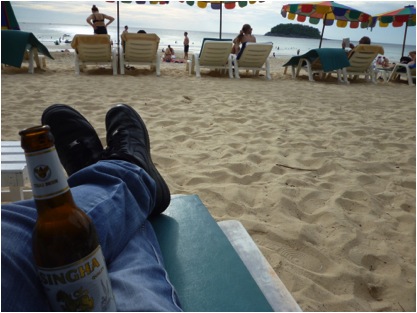