Glamping and the Barns

I am not going to write about the Olympics.

the pompous philosopher turns to the lady next to him and says, ‘she mentioned the issue by negating its presence, boy she sucks at this game’. The pompous philosopher and the lady start chatting until they realise they both like games. The two sit under a willow tree near the post office to play chess. She blushes because from his very first move she knows she is going to win.

I do love the Olympiad but that’s not what this column is going to be about. Sorry. Maybe next time.

Last weekend I went glamping. It wasn’t overly glamorous, there were no chefs or masseuses, but there were six of us, three couples, in a huge safari tent with small rooms and a kitchen (don’t vomit, but weekends in couples have always excited me as a result of watching the films the Big Chill and the Four Seasons countless times). The tent was set up for us when we got there – beds, bunting, kitchen, blankets, big table, chopped wood for the bonfire, board games and tea light candles. In the middle of the South East England countryside we had found a place to be surrounded by nature and sleep soundly under blankets. It was a great weekend of fields, games, fires, marshmallows and wine.

And that was that. 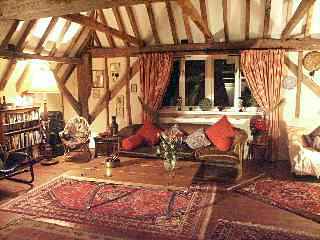 It reminded me of another time in the English countryside when the two of us decided to go to the Lake District for the weekend. The Lake District is a beautiful part of North England with great big mountains to climb and lakes to walk around.

I was to find us a tent and he was to find the spot where we would pitch it. After a two hour train ride and a two hour drive we arrived at ‘the campsite’. As we got out of the car, to my surprise, we stood in front of what looked like an empty big grey stone building. And, with a gaping mouth and bright eyes, I was told that we were ditching the tent and sleeping in a BARN.

She did win the chess game and he was quite disgruntled about the whole matter. They went for a walk and he calmed down. They talked about neurosis and shoes.

I was pretty thrilled.

When we walked inside the barn it was set up for guests – six beds (no linen), a small wooden kitchen, cement floor, high ceilings, small windows and a key hanging on the wall for the toilets in another building next door. No straw, no scary barn tools, it was sort of organically minimalist and cool with its lack of detail. Pretty awesome, actually.

We didn’t have the barn just to ourselves, there was a sweet old man staying there who, once a year, would come to the mountains without his family to quietly hike. The three of us cooked together, and talked about life over brown rice and cider. After a short trek to the bathroom and back we put on every item of clothing we brought, rolled out our sleeping bags on top of the mattresses, and went to sleep. Unpolluted air allowed anxious minds to slow down and surrender.

The following day we woke up at daylight and shared a pot of porridge.

We said goodbye to the old man.

The two of us, layered in thermals, spent the day walking up mountains and canyoning back down them. It was that kind of exhausting amazing when you come up with short-lived revelations about who you really are, and you realise your body has been dormant for years.

They realised they both disliked carrots but both liked Star Wars. They saw the girl on the street talking to the collective about the Olympics, or not the Olympics, they still weren’t quite sure. They walked up to her, hand in hand, to listen to the end.

After a wholesome day exerting, deep breathing and climbing we drove to a different barn nearby. This one was even greater – it had a wooden fire and an I-want-you-every-day-of-my-life hot shower. There was no-one else sleeping there that night so it was just us to enjoy ratatouille and bogart the view of the mountains.

And that was that.

My point is, if you ever go travelling through the UK you must check out these barns. Sure they are not as social as a hostel but they are much cooler (and you may end up bunking with a great old man who tells wise stories like we did). And they were cheap. For £7 ($10) each, we had beds and all. That was cheaper than the camping spot we would have gone to. It is especially a great idea if you’re going in a group of 8-12 and can book an entire barn. They vary in size and amenities so make sure you check what else comes along with beds. And take food to cook because often they are pretty secluded, and cooking is part of the fun (especially after a day of hiking over mountains). 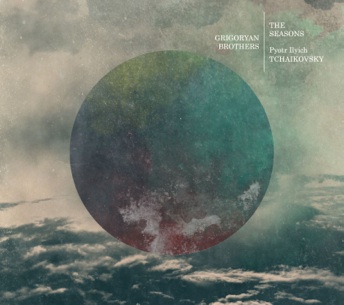 Pyotr Ilyich Tchaikovsky writes music that is so loved, it captures us through innovative, melodic clarity. This music...
© Onya Magazine 2009 - 2020
Back to top