Australia is a beautiful country that, largely due to its geographical location, gets visited by far fewer people than it should. There’s lots to do, lots to see, beautiful weather and a unique culture to explore and get to grips with. One group who should certainly put Australia on their travel wish list, are water sports enthusiasts and, in particular, divers. Australia is home to some of the most famous and beautiful beaches in the world, not to mention coastal locations that put many famous coastal countries to shame. One activity that has been embraced by tourists and locals alike is diving, an activity for which there are a great number of opportunities. If you do start to plan a trip however, you might find that you are initially overwhelmed by the choice of locations to head. So, if that’s you, here are a few of the top locations in Australia for diving.

“This is a world famous location that draws a great deal of its fame from the broader location that it finds itself in: The Great Barrier Reef. Lizard Island is the absolute most northern resort by the Great Barrier Reef and has a wonderful reputation for all sorts of different styles of diving, including night dives,” explains Samantha Nickson, a sports writer at Australian Help and BigAssignments. One of the most famous attractions is Cod Hole, a dive site where divers can look forward to getting up close and personal with the enormous potato cod that live there. A definite top of the list location for any avid diver!

To continue with the animal namesake islands, we have Kangaroo Island, the third largest island off Australia. The biggest problem for a diver heading to Kangaroo Island is tearing yourself away from all of the other amazing things to see, with swathes of the island protected due to the incredible flora and fauna it boasts. But when you find a moment to stop cuddling up to a koala, Kangaroo Island boasts a host of fascinating areas to dive, with beautiful reefs, marine creatures and even shipwrecks to explore!

Osprey Reef, located in the Coral Sea by North Queensland, is one for the more adventurous divers, or anyone with a real fascination with sharks. The North Horn location has a huge whitetip reef shark population, and is actually one of the species’ feeding spots. Divers can watch on (from a distance) as masses of sharks come to feed. If you’re lucky, you might even run into an octopus!

This is another spot that has earned real international fame, not least of all amongst the diving community. “The reef is a part of Ningaloo Marine Park, which is itself a World Heritage-listed site. Located off the coast of Western Australia, the reef is the natural habitat of many of the most beautiful sea creatures around, from turtles to tropical fish to humpback whales,” says Hillary Toms, a travel blogger at BoomEssays and Paperfellows. It’s considered the best location for swimming with whale sharks, a beautiful (sometimes huge) shark species that is popular to swim with largely because of their harmless nature. Ningaloo Reef is a prime location to mix with these gentle giants who can get up to 39 feet long. If the sharks aren’t your cup of tea, you’ll have plenty to look at elsewhere since Ningaloo Reef holds the claim to being Australia’s second largest reef after the Great Barrier Reef.

For those divers with a historical interest, the Great Barrier Reef Marine Park is home to the wreck of the SS Yongala, a passenger and cargo ship that sunk in 1911 during a cyclone, but wasn’t discovered again until 1958. All 122 people died as well as two famous racehorses of the era. The wreck is eerie but is also home to some wonderful marine life that have taken up refuge in its largely intact shell. Definitely a fascinating dive to check out.

As you can hopefully see, there are many different dives of varied interest across Australia, just waiting to be explored. If you like diving but you’re uncertain about taking things to the next step and committing to a trip, hopefully this is the push you needed to booking your tickets!

Beatrix Potter has worked in lifestyle journalism for the last 5 years, writing primarily at Melbourne Writing Service and Essay Services. Her writing centers on water sports and diving excursions. Beatrix also works as a freelance HR rep at the Academized.com portal.

A Twist Of Taste: How To Expand Your Culinary Repertoire

UK Retailer Next Pops Up In Iconic Southbank Precinct

Really awesome! My dream is to visit Ningaloo Reef to dive with whales, must be amazing. 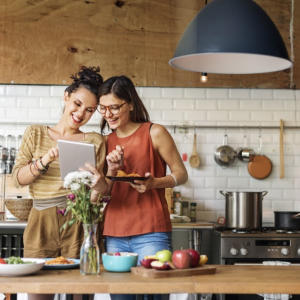 A Twist Of Taste: How To Expand Your Culinary Repertoire

Are you an avid home cook who just loves experimenting with recipes and whipping up delicious dishes to share with...
© Onya Magazine 2009 - 2021
Back to top