She Came For The Adventure And Stayed For Love 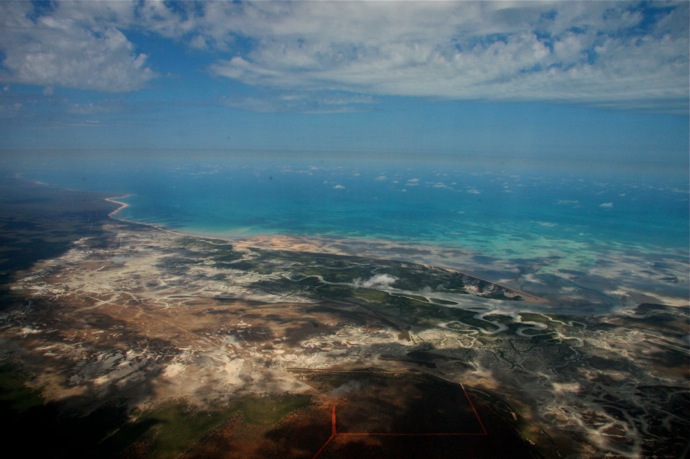 In the beginning, a lot of people asked me if I missed Australia. I always said no, because I didn’t. Simple. To be fair, I hadn’t been gone long and there were far more exciting things on the horizon to think about, rather than mull over what I had left behind. And Sydney was always going to be there, when I was ready to sail back to her shores. When I had had enough of Northern Europe’s atmospheric gloom, depth of history and convenient geographic structure, I would simply hop on the flying Kangaroo and fly back into the familiar warmth, into the vast space, the extraordinary colour of my home.

But now the game has changed. I’m staring down the barrel at staying in Germany much longer than I planned. The option of simply ‘going home’ has been taken off the table. It isn’t simple anymore. Possible, just like ‘anything’s possible’ but not simple. The freedom of movement, of spontaneous decision, has been sort of sacrificed for one of the greatest reasons to sacrifice anything; love. And I am fortunate enough to be in the position where love is the only thing I would sacrifice my home (for an extended period of time) for. I am not kept  away from the lucky country by war, poverty or unrest. I shouldn’t complain, and I don’t think I am – but I am trying to readjust to a previously under-considered notion.

I was never so naive as to assume I wouldn’t make ties, put down roots that would be uncomfortable and sad to snip and pull up. But in my experience, of those you meet on adventures such as these, the ones you want to stay in touch with, the ones you want to see again, you will. I wasn’t worried about saying goodbye when the time finally came, there was nothing to worry about.

Then I went and fell in love. Not entirely surprising, not at all sought, but found. And, lo and behold, it’s different when love is involved! And it’s different again when only one of you has the freedom of movement in their job to whilst the other must stay put. Read: I can’t drag SG to Australia to begin a life of warm Christmases and beachside coffees and driving on the left side of the road, because his job simply doesn’t allow it. So someone must compromise and someone must sacrifice and of course, with anything, with all relationships, that is always going to be the name of the game. This is just on a slightly different scale than compromising on cars and where you want to have dinner. When relationships cross countries, that is an inescapable feature of that relationship. And it takes adjusting to – one must swivel around a bit, do some wriggling to get used to the feel of it. And sometimes that wriggling around stirs up a bit of dust, in my case vibrant red dust and soft yellow sand, and it gets in your eyes and you get a bit emotional and start mixing metaphors in your attempt to say you miss home. Really miss it.

I am having the adventure of a lifetime. And another one awaits. I moved to Europe for the precise experiences I am having – and then some. I just, in the back of my mind, always thought going home whenever I wanted to, would be the easiest part.

With plans having changed, with home having excused itself from the table for the foreseeable future, I have started thinking about really staying here and all that entails. Not just passing through for a year, then upping sticks and trying a new country. But staying here. And dare I posit, that’s why I am missing Australia on the gutwrenching level that I am. Because I can’t have her as easily as I could before. Because now there are consequences to going back to her. Because now and for however long it might be, I must give up home for love and that’s a different idea to the one I left with. Not a bad idea – not at all. It’s romantic and exciting and big. But it’s a new one.

I suppose, if I had to give a tagline to the movie poster for life as it currently is, it would be ‘she came for the adventure and stayed for love’. And then lurking in the background behind myself and SG in a romantic clinch would be the shadow of Australia, perhaps with a bratwurst curving around the east coast.

First published on A Big Life

I did the same – teh other way around: Coming from Europe to Australia on a holiday, fell in love and stayed. 10 years later I had a baby. Fantastic!!! Only, 1 year later I was a single mum with no family or job in Australia. Going back was not an option – my ex wouldn’t let me go with the baby, and I of course can’t go without my child.
Another ten years later: Still in Australia and could cry myself to sleep every night. I battle on trying to make a happy face, trying to pay the bills and somehow to manage to get a ticket to go home every so often.
Well, one day my child will move out and have his own life – and I will move countries, going finally home again.

Any portrayal of One Flew Over the Cuckoo's Nest will inevitably succeed or fail depending on its capacity to explore the relationships...
© Onya Magazine 2009 - 2021
Back to top