My Cross-Australian Crawl, from Perth to Melbourne

Word association time: what do you think of when you hear the words ‘existential crisis’? What about ‘catastrophically banal future’? Well, I may be unduly overanalytical – or indeed, I could be braindead – but this is what immediately springs to my mind: moving interstate. Yes, I deal with such self-imposed cataclysm by switching cities. Not running away, per se. I simply tend to view the strategy more as a boldly palpitating crusade toward finding your place in the world when your life is underwhelming and confusing. It’s difficult to adequately verbalise that compulsion to leave your familiar nook in the pursuit of greater fulfilment. True to human nature, I’ve never actually encountered this mythical entity, ‘fulfilment’. I’m pretty chummy with frustration, defeat – even surrender. So whenever a particularly disabling bout of insecurity strikes, I aspire to shake off those pesky primates and seek solace in the novel opportunities of a new city. 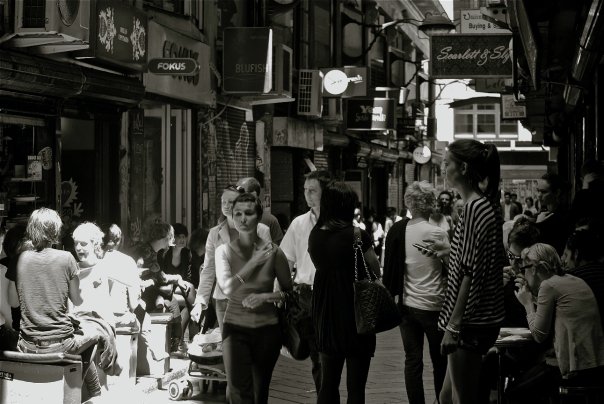 While I’m no newcomer to the perils of cross-country migration, all my experience never seems to prepare me for the otherwise dormant emotions that are a hallmark of putting down new roots. The cyclonic excitement of change, the blind eagerness to move beyond the insipid home of yore, the steadfast conviction that you’ll hit the personal and professional jackpot; all these sentiments veto any trace of sanity. My latest move, the well-trodden Eastward pilgrimage from Perth to Melbourne, is a poignant example of this. In hindsight, the entire chapter transpired very suddenly. One minute, the notion of moving was simply that: a mere abstraction in the ‘what if?’ box; the next, my boyfriend and I were on a flight, our many accoutrements in a shipping container bound for Victoria. 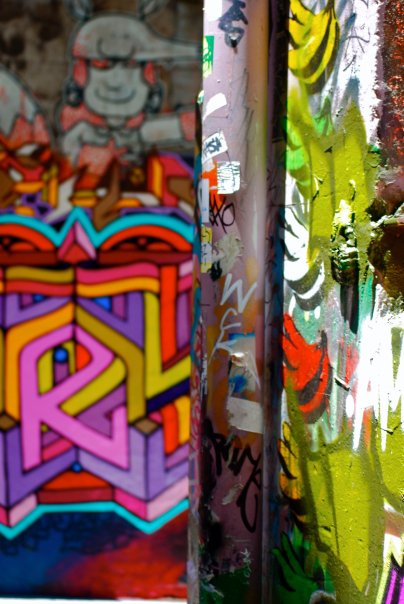 The flurry of settling into our adopted city was synchronously manic and sober. The adrenaline of exploring a virgin city is always stirring, but, as ever, things stagnate and the drudgery of daily life slowly chokes the wonder. That realisation that you’re but one ineffectual being in a strange city teeming with great characters is formidable. Of course, these are just the experiences of one girl. Many out-of-towners I know have found contentment in their adopted home, assimilating into their chosen subcultures with vim. Melbourne, in particular, seems to be a locus of convergence for many a youthful wayfarer. The Victorian capital is labyrinthine; a socially liberal kingdom drowned with cultural hipsters and arcane cloisters, and it was this incongruity to Perth that begat my departure.

Although I was not expressly dissatisfied with the wares of Perth, the drive to uproot myself hinged more on the notion that I may be missing out on the richer life the East could offer me. The drive to defect from the comfortably languid hometown to a sweeping, kinetic metropolis feels almost inborn to me. Youth chases that which is exciting, idealistic, unconfined. Romantic musings of being picked up by the unyielding urban current cloaked all my rational thought as I scorned my hometown in approach to my exit. The truth is, Perth is somewhat vegetative, in that the people are quite parochial and opposed to change (read: the ever-burgeoning daylight savings/shopping hours debates). Non-traditional vocations and industries verge on untenable, and even considerable success in such fields is diminutive in comparison to the trough of fruition open to Melburnians and Sydneysiders. In its isolation, Perth is often seen as a haven for artistic talent and emerging thinkers, and I can proudly attest to this. Nourishing to creativity as it may be, sometimes the bird outgrows the cage and escape feels almost instinctive. Many Sandgropers I know have made the very cross-continental transition I have. Meanwhile, the remaining masses feel increasingly devoted to the city, almost tunnel-visioned in their disdain for the pressure to align themselves with the Eastern States.

In my voyage-ready mind, the aspects of Perth I treasured were shelved in the rose-coloured rush to join Melbourne’s wheel of fortune. In the unromantic, dim light of a Brunswick day, the scenic Western memo rushes back with an almost painful resonance. My attempts to summon the nonchalant texture of Perth are easily quelled, by the incessant roar of trams down my street, the miserable drizzle in the middle of December, and the pitiful shores of a dirty bay. Perhaps my retrospective fondness is clouded by a loving nostalgia for my hometown, or perhaps I truly belong there? It’s difficult to definitively know. By nature, humans seek that which is better than what we have, and I view my cross-Nullabor exodus as a reflection of this intrinsic drive. 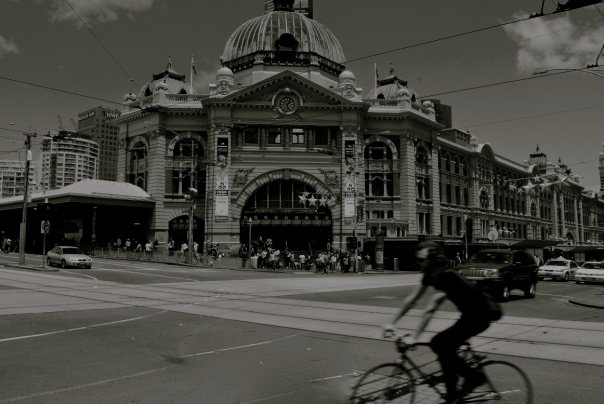 So, whilst Melbourne is my roost du jour, I’m beginning to feel that goading sense of repeat expatriation fluttering about again. As it seems to enjoy my company so much, I’ve slowly come to fathom that I’ll probably never ditch the damned urge. I may feel permanently irresolute and spend the next 70 years ferreting around the globe for my congenital bosom, or I may find that what I had in Perth was actually quite satiating and I simply didn’t recognise it at the time. Regardless, I’m sure I’ll eventually acquaint myself with fulfilment; I can see that we’re fated to be the best of friends.

The Intensity of Planning

What a fabulous article! As an ex Perthite who has made the pilgrimage to Melbourne, I completely feel you. I came first in 2002, but I never quite found my feet, so I went back to Perth thinking that perhaps everything I had been looking for was already back at home. I stayed quite happily for a few years, until like you the thought innocently crossed my mind to move to Melbourne again in 2008 and next thing I knew I was on a Qantas flight. Since then, I have never looked back. I absolutely adore this city and I often have nightmares that I am stuck back in Perth and can’t get back to Melbourne (it wakes me up in cold sweats).

So, what was the difference between then and now? Timing. Coming in 2002 wasn’t a mistake, it was an urge I had to follow that contributed to who I was back then, and who I needed to become. I met people when i went back to Perth, who are still me dearest friends, so I am glad I went home during that time. Coming back this time, was so much easier, because I already knew Melbourne like the back of my hand. It was ready and waiting for me with open arms.

Trust that urge when you get it, for it is pulling you to where you need to be to learn what you need to learn. Embrace the confusion and the questions, for this all a necessary part of finding yourself and where you feel at home in the world.

The Intensity of Planning

Planning a wedding is intense. Made more intense when you pair that with trying to get a small business and publication...
© Onya Magazine 2009 - 2020
Back to top