Month of Australia: The Daintree and Cape Tribulation

You may recall SG’s distinct expression of his wish to see a crocodile during his time in Australia, buoyed, perhaps, by numerous discussions had with his father about their penchant for billabong-swimming tourists. As an Australian who has only ever seen a crocodile languishing in an oddly coloured pool and fed a chicken a few times a day for mind-boggled tourist, I turned, once more, to my Cairns fairy. She organised a tour for us through Cape Trib Connections that not only featured a crocodile but two natural wonders that jostle for attention with the Great Barrier Reef in a natural-wonder packed state; The Daintree National Park and Cape Tribulation.

And so it was that early one morning in Cairns, we boarded a 1980s minibus with a handful of other tourists – a Pom, a couple of Irish, a Yank, a Czech etc – and Pete the tour-guide/bus driver, a slim, sinewy bundle of pure Australian energy. As the lone Australian on board, I felt compelled to break it gently to the rest of the passengers that, at some points, Pete was liberally stretching the truth. I believe I used the expression ‘pulling your leg’, which made me feel pretty true blue.

In between spinning the most outrageous yarns, both into the mic and then SG’s captive ear when the mic was switched off, Pete steered us out of civilisation (marked by the most northern McDonalds in the country) and into the Mossman Gorge, one of the main entrances into the Daintree National Park. From the gorge, we cracked on and crossed the Daintree River and kept driving deeper and deeper into the rainforest.

We came up for air at the headland Cape Tribulation, named so for Captain Cook’s woes when his ship ran over a reef nearby. In naming a spot after his troubles and then subsequent areas things like ‘sorrow’, Captain Cook, Pete quipped, became the first whingeing Pom. How Pete and I laughed. How the two whinging Poms aboard didn’t.

Cape Tribulation is remote, clean, lush and full of box jellyfish. So we didn’t swim, we just kept an eye out for a goanna who had been making a name for himself in the rest area.

Back down on the Daintree River, which we had crossed hours earlier, we boarded a boat to go crocodile spotting. Hopes were low. The crocodile man was so typically laconic he was barely standing and he told us in his five trips out that day, he had only seen two crocs. That and the tide was high – they’d be barely visible if we were to get lucky. And so we cruised down the river feeling somewhat Amazonian, our eyes peeled so far back barely anyone spoke for the entire duration of the trip, only moving to point out floating logs or to crane a little closer when the mangroves got dense.

And then, as we were about to turn back, ‘THERE!’ A small croc, a tiny one, apparently, perched on a log, had slithered back into the water. No one saw it. We continued on. We passed another boat who radioed in that the usual suspects were nowhere to be seen. Our croc man took us down another bend and suddenly, ‘THERE!’ And there she was. A female of approximately 8 feet, chilling by the mangrove banks, almost entirely underwater. She disappeared when we pulled up, so crock man turned the boat off so she didn’t get irritated by its vibrations. A few minutes later she drifted to the surface again and fifteen cameras all zoomed frantically.

She’s a little blurry and a little hard to discern against the khaki of the river water. But she’s there. And we saw her. And it was pretty damn special.

Only a sunset awaited before we drove home, through Port Douglas, Pete trying desperately to spot celebrities and sharing his theory Beyonce’s baby was conceived in that very town. We didn’t spot a celebrity, but we didn’t need to – we’d seen one of Australia’s own celebrities, the heritage listed national park and our very own croc, chilling in her natural habitat, no oddly coloured water and no chickens.

The Art of Food and Wine Exhibition 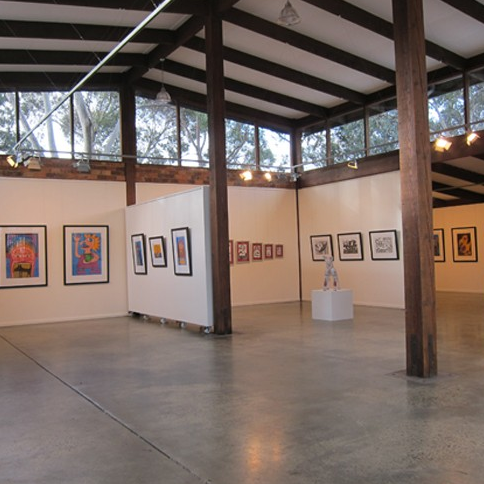 The Art of Food and Wine Exhibition

Art, food and wine have been a winning combination ever since the Renaissance from Leonardo da Vinci’s The Last Supper...
© Onya Magazine 2009 - 2021
Back to top