Way back when, when this trip was in its fetal stages of wistful planning, SG made two things very clear; should he journey across to the other side of the world, he wanted to see the Great Barrier Reef and he wanted to see a crocodile. I nodded coolly, as if I had seen both on several different occasions and added it to the itinerary wish-list.

Some months later, a little Cairns fairy in the form of an old and beloved uni friend who now calls the town her home, appeared and within days we had our trip up North sorted. We were going to see that damn reef come rain, hail or shine. Or cyclone, to be more geographically appropriate.

And so it was, that on our second day in Cairns, upon the sterling recommendation made by our Cairns fairy, we boarded a boat with Passions of Paradise and set sail. The sun grew hotter and the clouds that cling to the coastline of Cairns were left behind as we motored out into the middle of absolutely nowhere, further and further into a place of endless blue. By the time we threw out an anchor in Paradise Cove, the only boat for miles, there was, as SG had said looking out over the Blue Mountains, nothing but nothing. Australia does an excellent trade in nothing but nothing.

Greasy with SPF 30+, we had our snorkelling briefing and initially declined to hire the ‘stinger suit’ until we saw everyone else trying to winch themselves into the unforgiving fabric and followed the herd. No one wants to be the person who gets stung because they weren’t wearing a stinger suit.

And then there were fish. Hundreds of them. Zips of startlingly bright colours ducking and weaving about, schools of vibrant stripes and clusters of rainbow scales. Hovering above purple-blue fish as big as my head, like some oversized, lycra-clad creature of the sea, I had the distinct thought, no wonderful realisation, I was doing something I was going to remember for the rest of my life. You know those moments. They hit you like a faceful of champagne.

After the first swim in Paradise Cove, we sailed on to Michaelmas Cay which is, despite appearances of a small, sand island, a national park. An important breeding site for several species of sea birds, up to 70,000 birds can sit on this little mound of sand at one time. As a national park and site of great environmental significance, only a very small area is roped off for people to stand on and one toe outside the area can earn you a $7,500 fine. We caught a little boat over to the cay from where our big guy was anchored, popped on our flippers and snorkelled out.

We sailed home, burnt, tired and salty, as the coast-hugging clouds slowly began to dip over the mountains. As the water changed colour, from aquamarine to that curious green, closer to land, I couldn’t help but feel that sense of warmth and happy fatigue that comes with having done something you have always felt you should.

Get out into that reef. We won’t have her for long.

We did take off the stinger suits after our first swim. A little more fun without them. 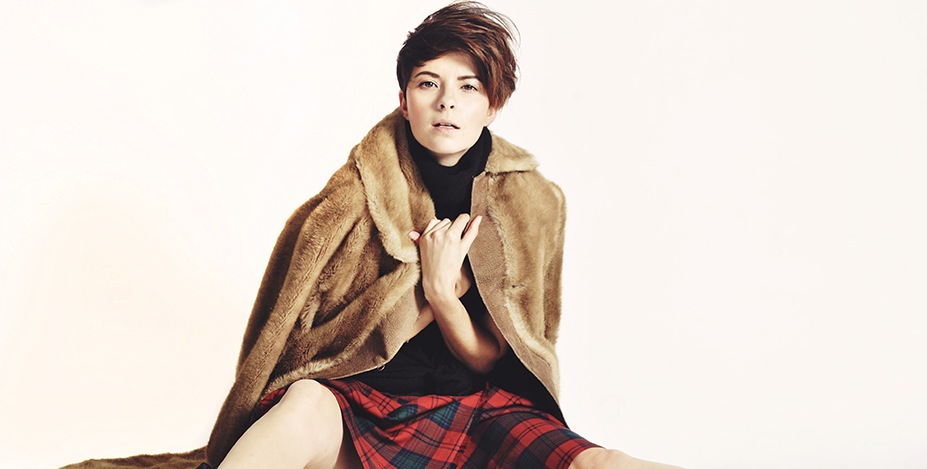