Five Destinations Worth Visiting in the United States: Ideal for First-Time Travellers

The United States isn’t just home to more than 325 million people; it is also a huge tourist destination that welcomes over 75 million international visitors per year, according to statistics from 2016. There are all kinds of reasons people choose to visit the country – the sights, attractions, culture, people, the beaches, sports, activities, and landmarks – and so many different standout states, cities, and towns worth exploring.

If you’re about to plan your first trip to the United States and are feeling a little overwhelmed at the options, here’s a look at five destinations that could be exactly what you’re after.

The state of Utah is rich in a number of standout features, one of which is that it is home to the “Mighty Five”, which refers to the fact it houses five national parks. The five parks are Bryce Canyon, Capitol Reef, Canyonlands, Arches, and Zion National Park. The great thing is that you can visit all five parks in one trip if you choose, or you can focus on just one of them.

To make the trip even more authentic and feel like that true off-the-beaten-track getaway, you can choose to stay in or near the parks in one of the many accommodations. Take, for example, the Bryce Canyon Hotel which provides you with incredible natural scenery and access to all kinds of activities, paired with luxurious accommodations.

It doesn’t get more American than a visit to the liveliest city in the country – New York City. Known as the “city that doesn’t sleep” this destination is perfect for those who want the city-vibe and want to be able to go, go, go at all times of the day and night.

New York City is home to world-famous icons such as the Empire States Building, the Statue of Liberty, Central Park, Times Square, and the Metropolitan Museum of Art.

When people think of the hot places to visit in California, Los Angeles is quick to come to mind, but San Francisco is one that should also top the list. Home to such landmarks as the Golden Gate Bridge, cable cars running up and down the city’s steep slopes, the historic Alcatraz prison (no longer an operational prison but a tourist destination instead), unbelievable cuisine, a vibrant music and festival scene, and spectacular views of the Pacific Ocean.

If you are more of a history and political junkie, then a trip to the country’s capital is an absolute must. Washington D.C. is home to the Lincoln Memorial, the Washington Monument, United States Capitol building, and The White House. As well, there are a number of galleries and museums filled with treasures to explore. This is the kind of city that is best explored by foot, making it ideal for tourists.

Then there is the state of Hawaii that is made up of six major islands – Molokai, Oahu, Kauai, Maui, and Lanai. Found in the Central Pacific, here you’ll be treated to stunning beaches, rugged cliffs and landscapes, lush forests, natural waterfalls, and all kinds of wildlife. Honolulu, Oahu is easily one of the most popular spots for tourists, but definitely not the only one worth visiting.

Each of these destinations will provide you with an incredible and memorable time.

Why Reigniting Homeownership Is Important For Families 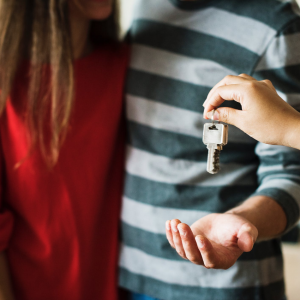 Why Reigniting Homeownership Is Important For Families

Homeownership is declining, which is a real shame. There was a time when homeownership was treasured and aspired to, but that...
© Onya Magazine 2009 - 2020
Back to top