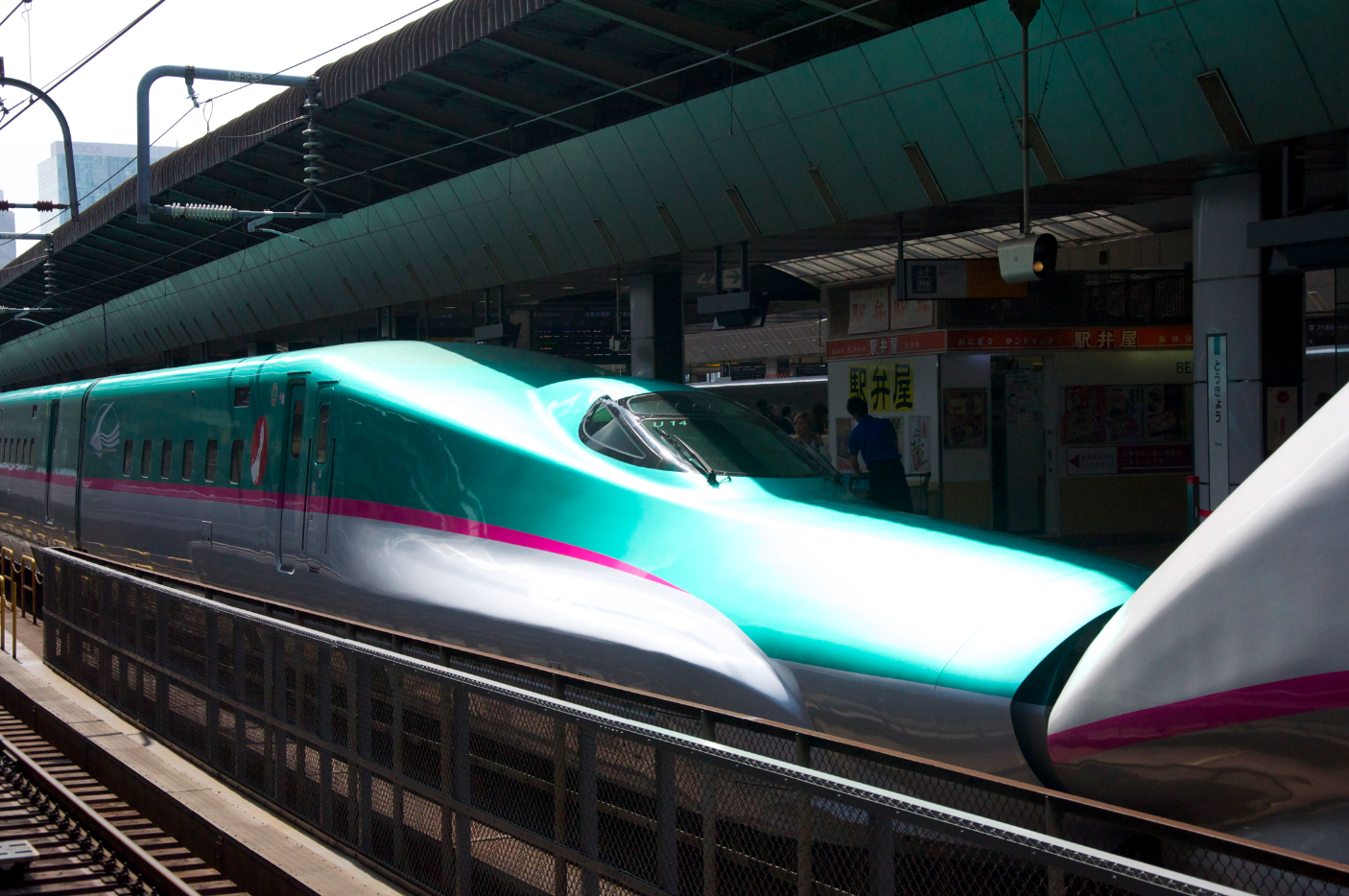 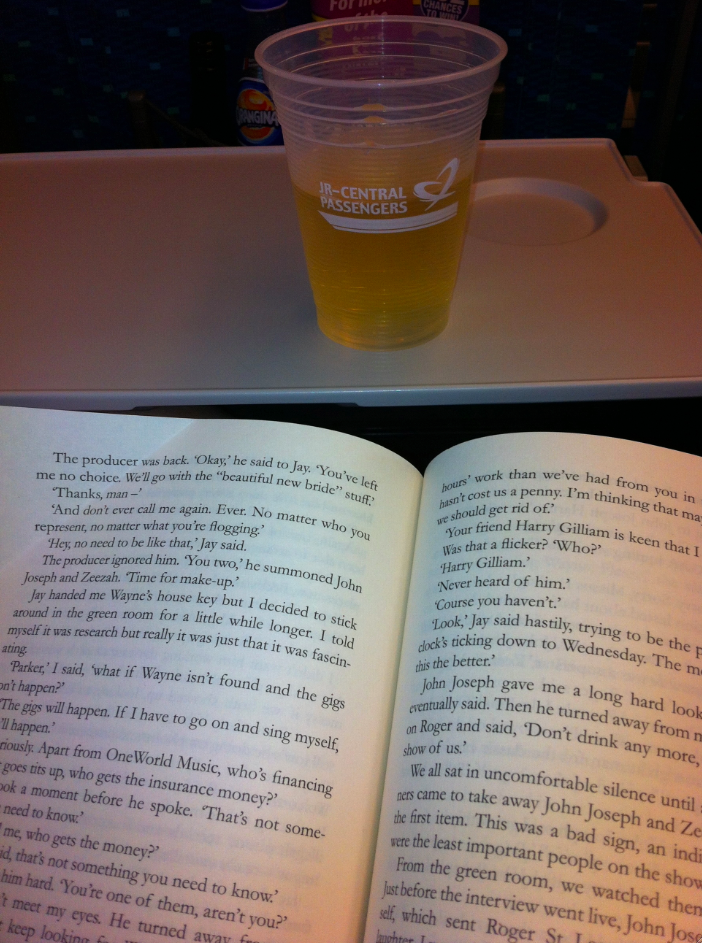 The only way to travel. A brand spanking new Marian Keyes novel and vino (albeit in a plastic cup). 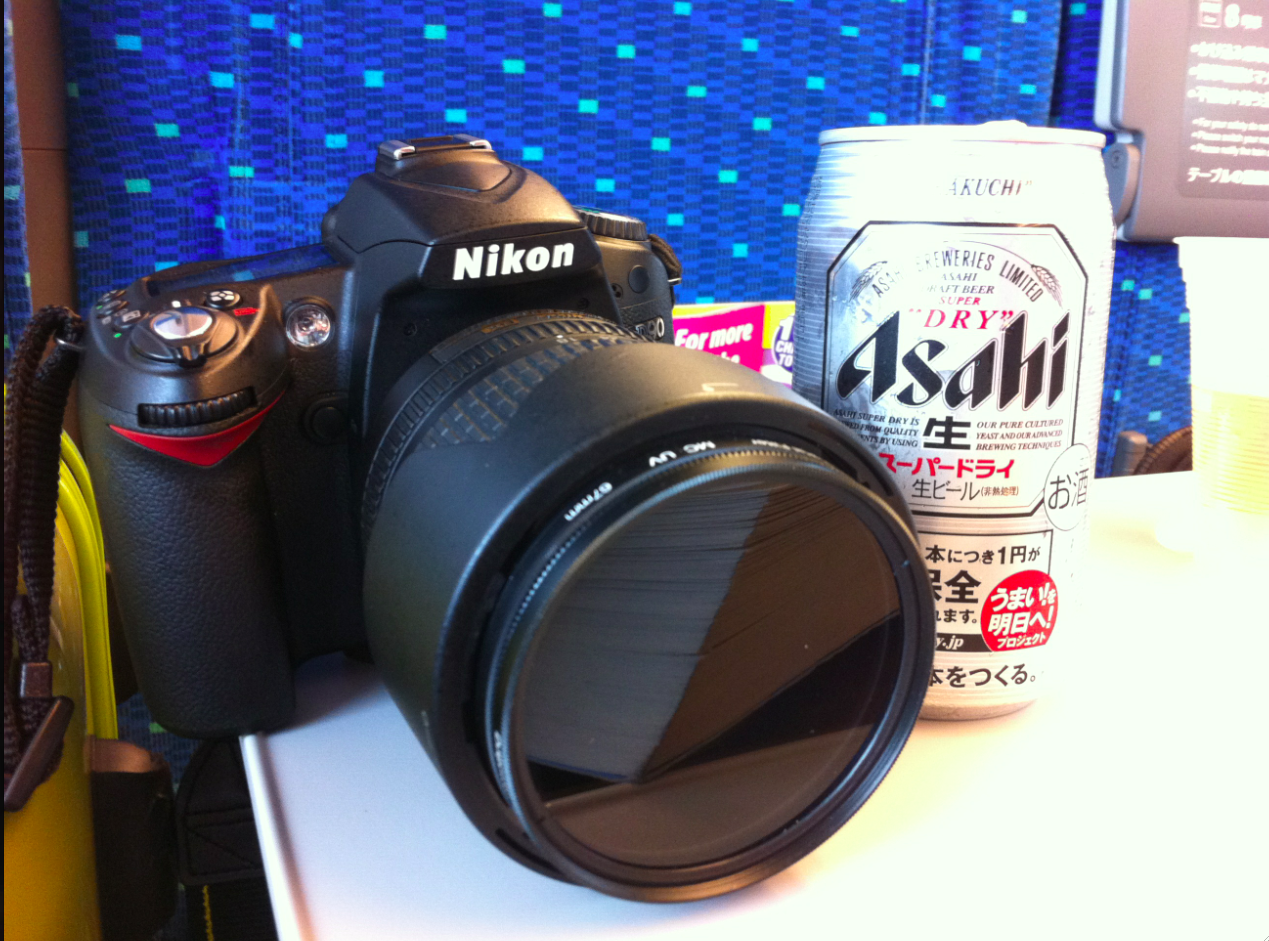 Whilst BF is most content with snapping pictures of Mount Fuji through the windows and Asahi.

Exploring the stunning and serene countryside of Japan is a must, and traveling out of Tokyo is easy, fast and super comfy on the bullet train. You’ll get across to the other side of Japan in about half the time of a car or normal train.

First stop Kyoto. Originally the first capital city of Japan, it’s one of the premiere places in Japan to visit temples, gardens and shrines, whilst enjoying the relaxed nightlife and restaurants.

Our hotel was conveniently located upstairs from the Kyoto train station – a never-ending maze of shops and restaurants that I was to spend hour after captivating hour exploring.

Upon entering the lobby of the Hotel Granvia it was hard not to be impressed by its opulence and the service from the concierge. But this was not one of those hotels that disguises average rooms with a swanky facade, for our room was also luxurious, with a marble bathroom, lounge area and views from our window looking out over Kyoto. The beautiful ambience of the hotel is heightened with walls adorned with one thousand pieces of artwork from Kyoto artists. 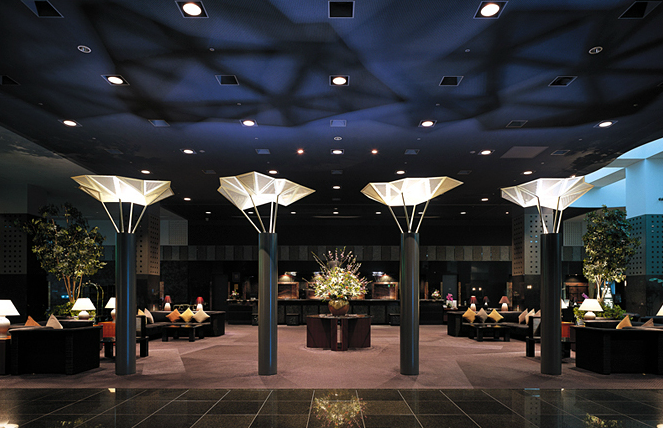 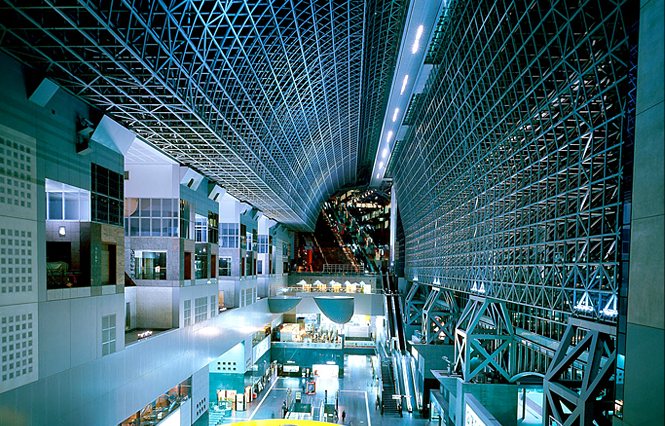 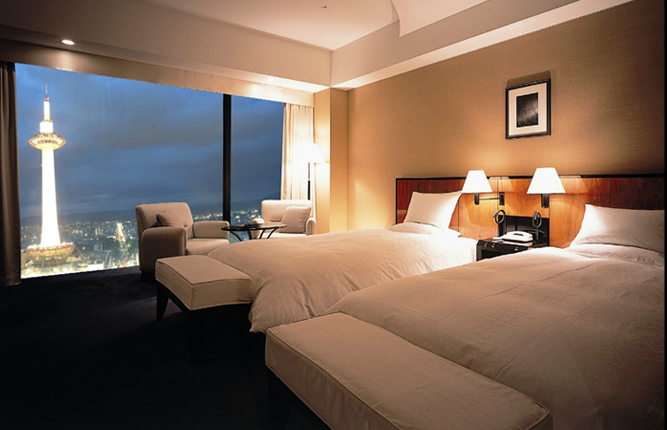 Our Guest Services Manager Shiho Ikeuchi, went out of her way to look after my boyfriend who came down with an extreme case of tonsillitis, requiring him to seek medical attention. With an allergy to penicillin, I’m not sure what I would have done without her translating to the doctor to ensure he received the right medication and booking him into the hotel medical rooms to be placed on a drip.

So in between bouts of getting my Florence Nightingale on, my boyfriend insisted that I continue exploring Kyoto. There isn’t much to see outside of the Kyoto station itself, but there is an excellent circular looping hop on, hop off bus service right outside the entrance of the hotel and station.

There are a number of buses that loop in different parts of Kyoto, which of course appealed to the fly-by-the-seat-of-my-pants traveller that I am. Thrilled by the looming element of surprise, I just went and joined a random cue and let my journey unfold from one discovery to the next for the afternoon. 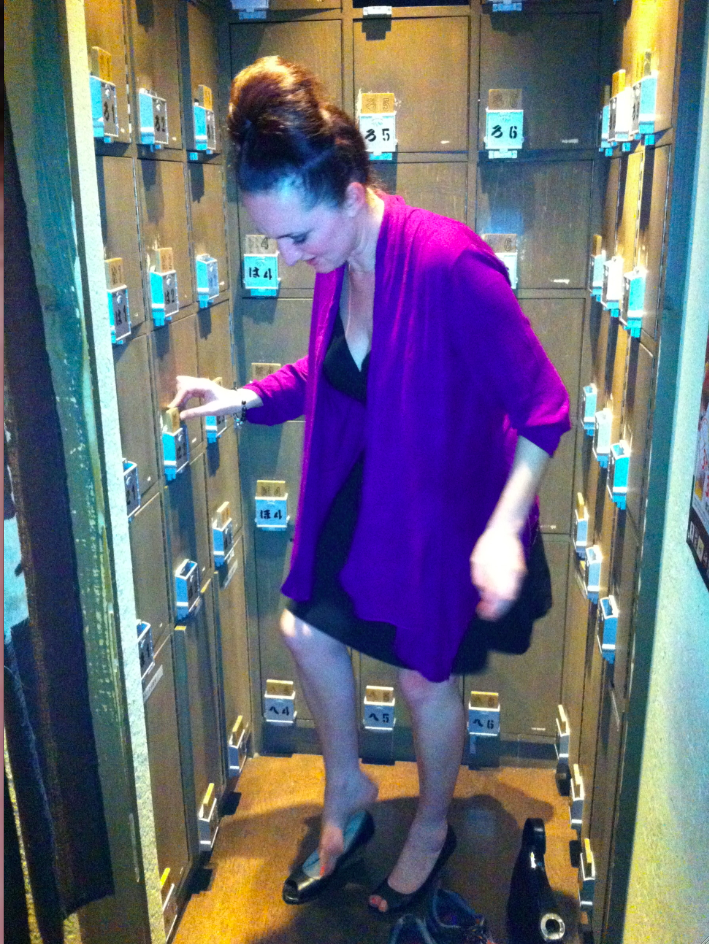 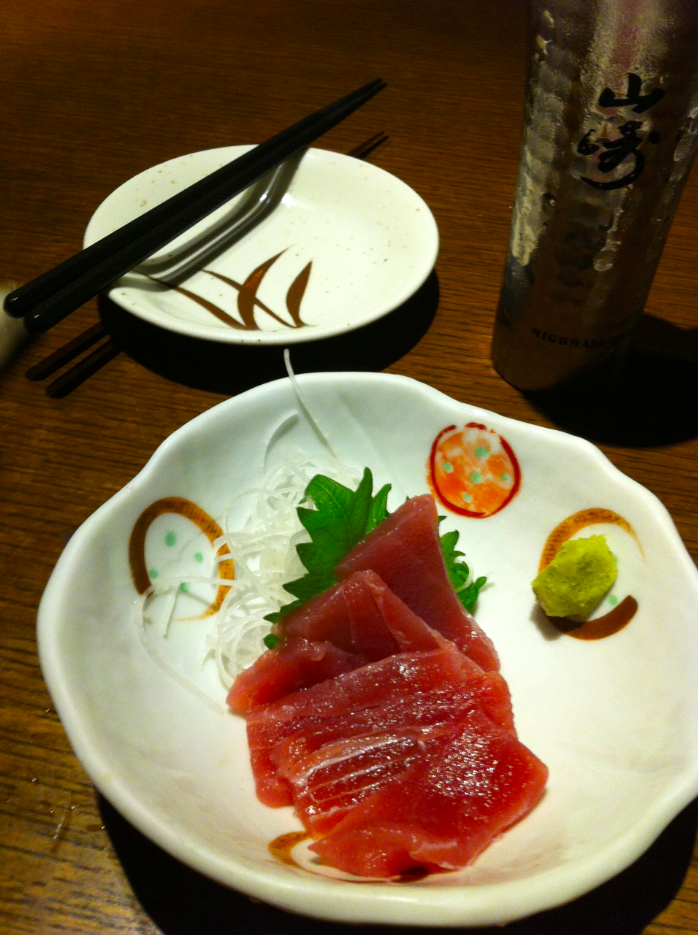 Before the BF took ill with the lurgie, we ventured out to dinner in what was to become my favourite district in Kyoto. Sanjo. Beautiful tree lined streets and laneways, with some amazing restaurants and shops selling stunning Japanese wares.

We had a memorable experience at a restaurant, where upon entering we were motioned to take our shoes off, and were ushered with a wooden key into a room full of wooden lockers. We joined the dots, and we were then guided bare foot upstairs to a room containing private booths. To enhance the feeling of intimacy, our waitress only appeared when we pushed a buzzer on our table. Stunning food that we seemed to continue to order dish after sublime dish, along with drink after drink, to be surprised with a very inexpensive bill at the end. 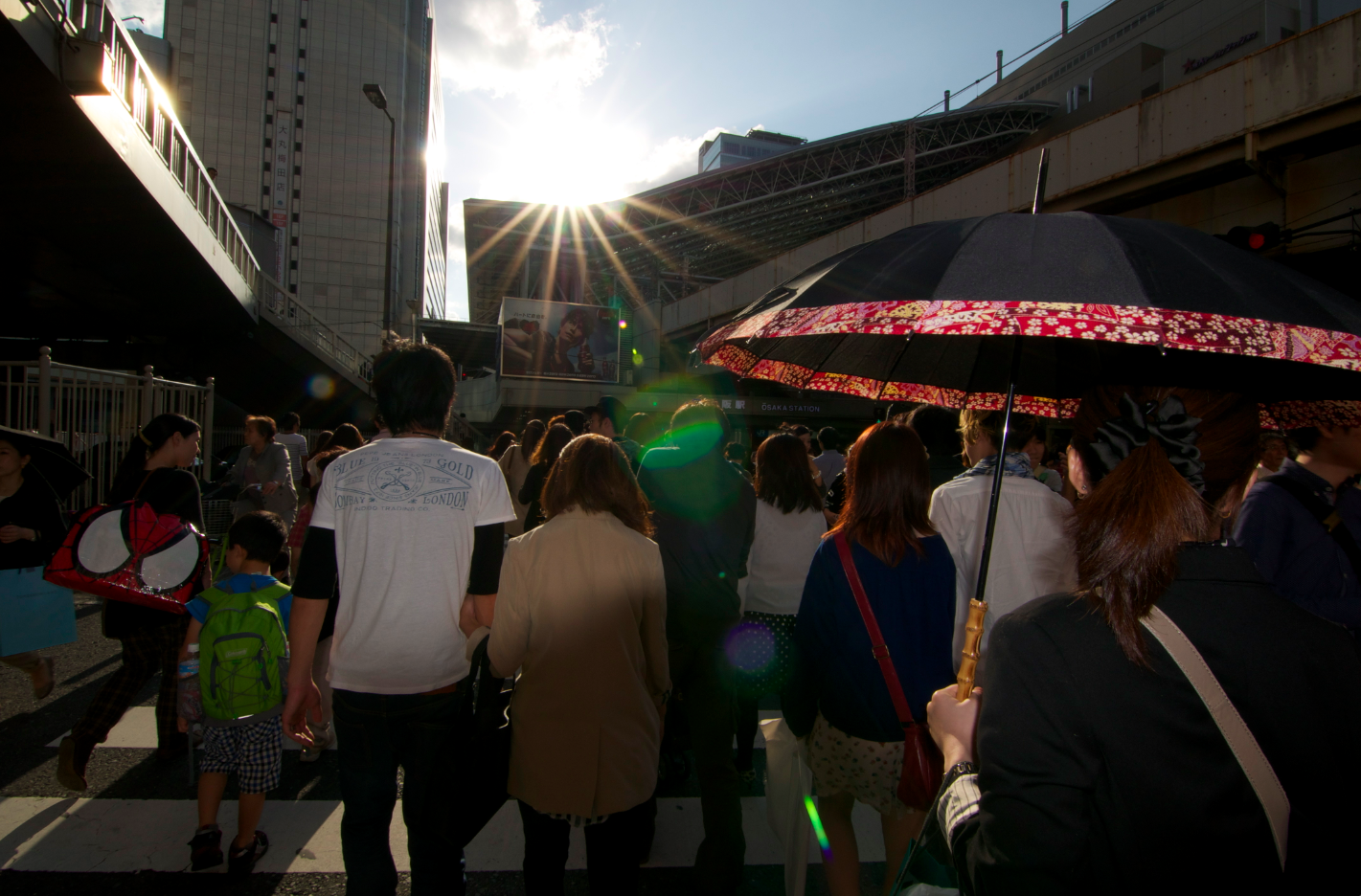 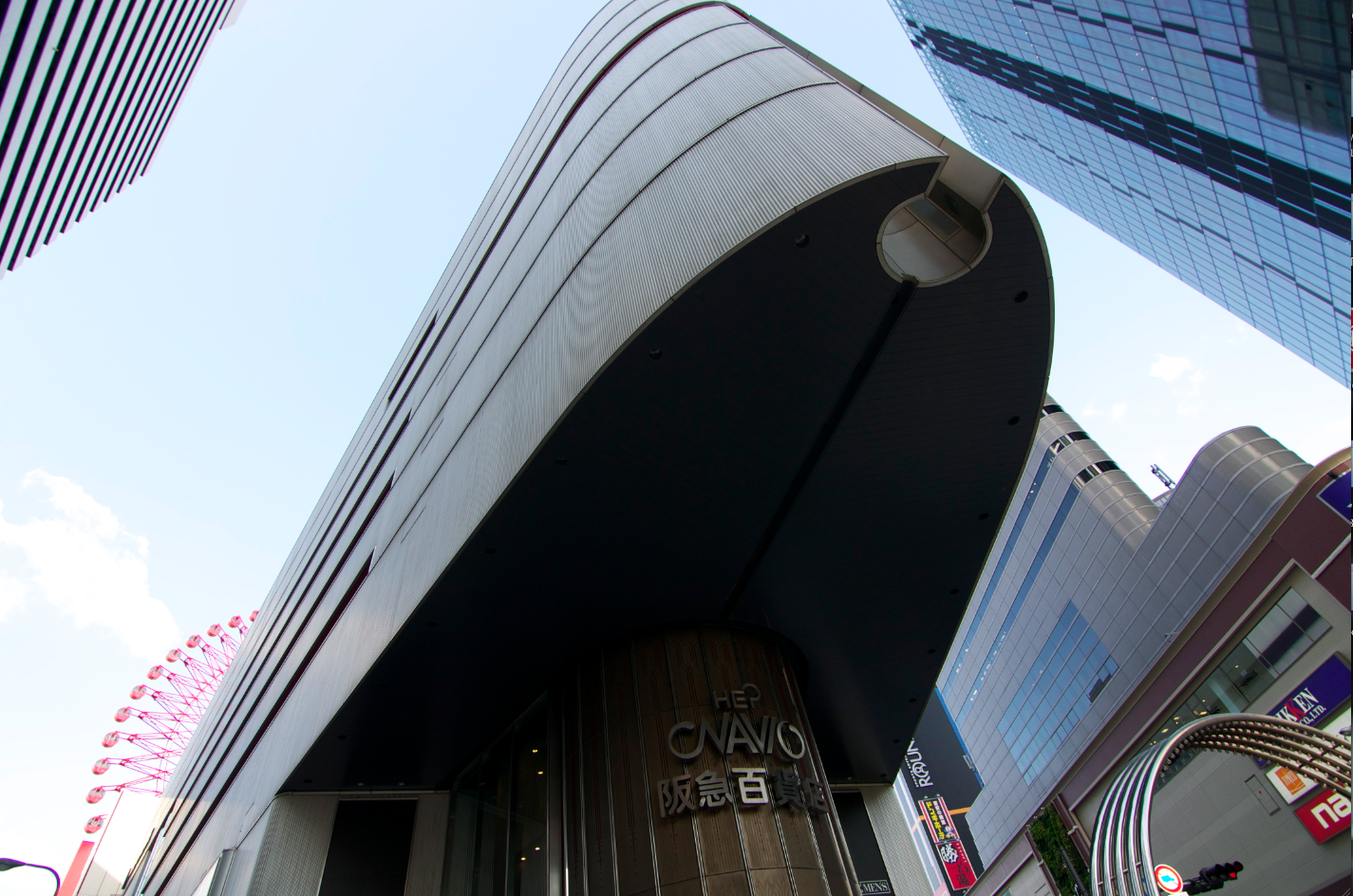 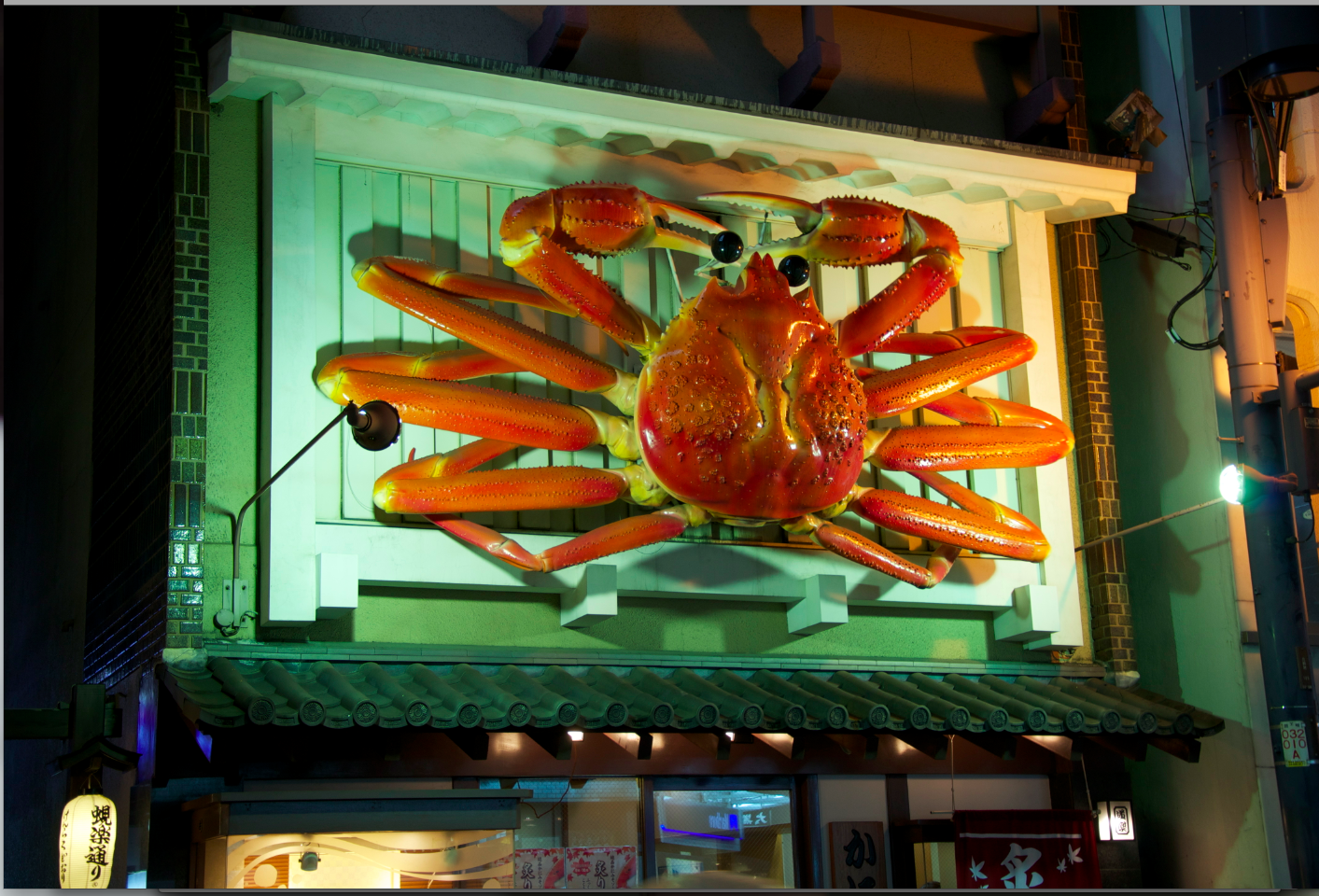 No holiday is complete without a hairy taxi ride. One where you can’t decide if the taxi driver is being genuine that he is lost, whether you will get to your hotel, and then how much the ordeal is going to cost.

But we eventually made it to the ANA Crowne Plaza Osaka, and whilst it also an opulent entrance that at first glance made me want to squeal with 5-star delight, upon closer inspection the gold beams and brown décor told stories of bygone ‘80s glamour, when the hotel would have been in its prime (and women would’ve been queuing at the concierge in shoulder pads).

Whilst the hotel could definitely do with a refurbishment, it was kind of cool in a retro way, and did conjure up childhood nostalgia.

“Mum, why did you and dad have to use a colour palette of varying shades of mission brown throughout the WHOLE house?”

“Because it was all the rage back then, Gaynor.”

Okay mum, I now concede, you were cool once.

The hotel also seemed to be a popular choice for business people and it was heaving with tennis players for an international tennis tournament. And after walking the streets I noticed that many of the other hotels also seemed dated.

I (I would say, we, but our patient was still in recovery mode) quickly made my way to the daily service where Club Room guests can enjoy free drinks, breakfast, afternoon tea and a light dinner service. Upon my return to the room and the mention of free whisky, said patient did definitely seem to perk up for the first time.

Located in a district that comes alive on a Friday night (but barely a soul in sight on a Saturday night) with stores selling the most magnificent displays of sprawling orchids in their windows until the early hours, whilst well dressed men and women patron restaurants and bars, the Crown Osaka is conveniently located.

Osaka boasts one of the longest undercover shopping strips, one I thought I wasn’t going to find after a 45-minute walk from the hotel. After stopping a local to attempt to ask for directions, I finally got the nod of recognition and the finger pointing I had come to rely upon to communicate, after saying, “Chaaaaa-NEL.”

Whilst I would go back to Kyoto in a heartbeat, Osaka did not win over my affections. TTFN Japan. We will be back. 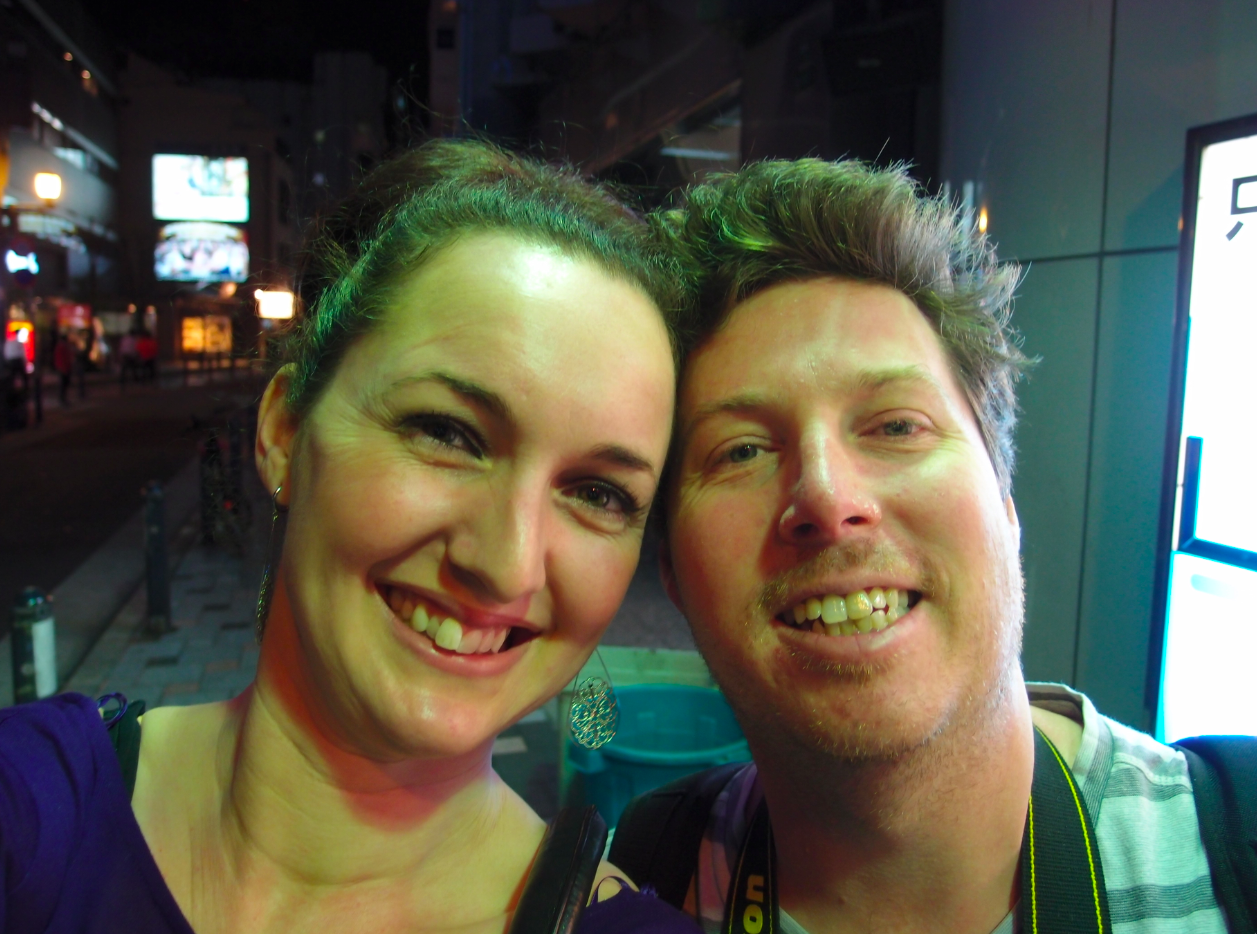 An Australian Girl in JapanTravel
Travel

First published in Sarah's Style Emporium.  I am so lucky to know so many creative people. One of the loveliest, cleverest...
© Onya Magazine 2009 - 2021
Back to top