8 Things You Never Knew You Could Do In The Whitsundays

Resilience is The Whitsundays‘ middle name. The region has not only bounced back from the whipping it received from Cyclone Debbie (2017) and Cyclone Winston (2016), but is thriving as a new wave of businesses, refurbishments, and re-openings unveil a slew of surprising ways to experience this turquoise paradise.

From dining underwater to drinking cocktails in a WWII vessel and mountain biking all over an unknown island, shoot a rocket up your bucket list with these 9 surprising ways to experience The Whitsundays.

ESCAPE TO A PRIVATE ISLAND

It stands to reason that with 74 islands sprinkled throughout its turquoise waters, there’s going to be a few Whitsundays Islands that have managed to fly under the radar. Now, one of them is available for you to rent all to yourself!

Camp Island is the most northerly island in the Whitsundays, sitting just 3km off the coast of Abbott Bay, which is 50kms north of Bowen (about 1.5 hours drive’ north of Proserpine Airport).

The exclusive 2.4-hectare resort-style property offers up to 14 guests the chance to lap up private beaches and 15 hectares of national park with diverse fauna and flora. Hosts John and Lyn will meet you on arrival at Elliot River and transfer you to the Island where you can spread out between four private bungalows – each with their own ensuite – and a three-bedroom house. The buildings are constructed from beautiful brushed box hardwood with polished timber floors underfoot. Everyone can converge in the guest lodge for meals.

The resort is completely self-catered and available to rent via homeaway.com.au/p4971904

A little closer to Airlie Beach, the new Elysian Retreat (formerly Paradise Bay Eco Resort) on Long Island has a maximum of 20 guests and offers a private chef and magnesium pool.

Freedom Shores Resort offers something a little different for land lubbers, where you can sleep in a boat on dry land and have your sundowners sitting at a bar crafted from General Douglas MacArthur’s WWII vessel.

Just 15 minutes north of Airlie Beach in Woodwark, the 10 boat rooms have been designed to replicate boats docked at the marina and are made from the hulls of old ships. There’ll also be three one-bedroom apartments and a beach house with two bedrooms, ensuite and cooking facilities available to rent.

“No shirt, no shoes, no worries – we’re trying to bring a bit of the old-school, good vibes Airlie Beach back, where kids can be kids, mum and dad can relax and backpackers can lie by the pool,” owner Tim Moon told the Whitsundays Times.

The resort’s tavern, Northerlies Beach Bar and Grill, is already operating – already a firm favourite with the locals – and offers a free shuttle service to and from Airlie Beach.

Airlie Beach Race Week is the best spot to be when the action starts is aboard luxury 82’ Sunseeker motor yacht, Alani.

With a maximum of only 35 guests aboard, it’ll be VIP all the way with outside and inside seating areas and plenty of room on the upper deck for cheering on the yachties. The skipper is a veteran yacht-racer so you’ll be able to count on him to position you right in the thick of the action. It’s only the second time in the event’s history a spectator yacht has been allowed into the line-up, giving you unbeatable front-row seats.

Alani will depart from Abell Point Marina between 9am and 10am on race days.

Get off the beaten path by grabbing a mountain bike and hitching a ride on Scamper to South Molle Island. Here, 14kms of mountain bike trails provide the perfect way to discover the grasslands, eucalypt forests and rainforests covering the island.

Prepare to get your heart-rate up; but after steep climbs, you’re rewarded with epic views across the famous Whitsunday Islands and fringing reefs.

Heads up: It can be a little tricky to organise and the transfer will set you back around $90 per person so make the most of it by camping for a night or two.

The centrepiece of Daydream Island Resort‘s $100 million new-look, the new Living Reef lagoon is even bigger than before, wrapping 200m around the central resort building.

You’ll not only feed baby stingrays with resident marine biologists, BUT you’ll also be able to snorkel amongst 100 species of fish, coral, starfish, sea cucumbers and crabs. All without stepping foot in the actual ocean! New signature restaurant, Graze, looks into the Living Reef, too.

A little further offshore you’ll spot the Reefworld pontoon on Hardy Reef. As well as providing the ultimate platform for snorkelling, diving, and learning all about the Great Barrier Reef on Cruise Whitsundays‘ day trips from Airlie Beach, you can camp out under the stars in deluxe double swags with their Reef Sleep experience.

HAVE A PEDAL-POWERED PROGRESSIVE DINNER

No-one likes to draw the short straw and be Designated Dave when it comes to eating out on holidays. Instead, join a posse of peddlers for a progressive dinner.

Just Tuk’n Around will pick you up in their bright yellow pedicabs for a three-hour degustation made up of some of the best restaurants in town. You’ll start at Sorrento for pizzas and sundowners, then onto Shucks for oysters and Denman Cellars for share platters, finishing at KC’s Chargrill & Bar for live music.

There’s nothing for you to do but sit back and enjoy the ride (and envious stares from passing cars) before a swim and lazy lunch on a secret strip of Whitsundays coast.

Up for more secret swimming spots? Then stop at Dingo Beach on the way home. Whitsunday Mustangs‘  Hydeaway Bay tour runs from 10am until 4pm, costing $360 for up to 3 people.

WATERSLIDE OFF YOUR OWN PRIVATE YACHT

When you have your own motor yacht, you can do pretty much whatever you want. That’s the view of the owners of Alani who offer their celeb-worthy craft up for charters from Hamilton Island, complete with a giant inflatable slide.

Whether you’re heading out for a few days of sailing around the Whitsunday Islands or just grabbing a bunch of friends for an epic day adventure. Throw in some stand-up paddleboards, jet-skis and a private DJ and you’ve got a celebration worthy of Rihanna.

Blog via our friends at https://blog.queensland.com.

Families And First Timers: Slide Onto The Slopes At Mt Baw Baw 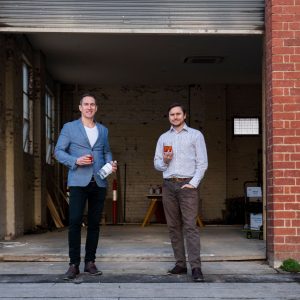