Five Of Our Favourite Things About Brisbane

Let’s face it, no matter what state you live in, we Aussies breathe rarified air. Our home and its unique ecosystem and thriving cities are the envy of the rest of the world. We boast the world’s largest concentration of coral, some of the most stunning natural phenomena on the planet like Uluru, Shark Bay and the Twelve Apostles. We have some of the most beloved and beautiful animals. Our cities are thriving metropolitan hubs of art, culture, business and commerce. Our beaches are as profuse as they are stunning. We’re widely regarded as some of the friendliest, and most down to earth people on the planet.

And we believe there’s no city on the continent as quintessentially Australian as Brisbane. With so much to see and do, as well as a thriving arts scene and some of the country’s finest food it’s a veritable urban paradise which sums up everything that’s great about our country.

Here are a few of our favourite things about Brisbane…

It’s a paradise for koala lovers

Many an Aussie has accommodated a friend from overseas and seen their sheer delight whenever they see a koala or kangaroo in their natural habitat. And if it’s koalas being koalas outside of captivity you’re after you could to no better than checking out the Lone Pine Koala Sanctuary just outside of Brisbane. Here you can watch these cuddly critters play in their own natural habitat and even hold one in your arms for a small fee.

Let’s face it, very few Aussies are going to need to worry about a vitamin D deficiency from lack of sunshine. But even by our standards, Brisbane has some astonishingly great weather for 283 days out of every year. There’s a reason it’s called the sunshine coast, folks!

Whether you’re looking to take a cruise on a rented luxury yacht, take in a film at the Starlight Cinema or enjoy a BBQ on a boat with friends, you can do it all at Moreton Bay. Not to mention the awesome fishing and watersports.

Even by Australian standards the people are lovely

Maybe it’s all the sunshine. Maybe it’s living in a city with such awesome amenities. Or maybe it’s our positive multiculturalist attitude, but Brisbanians are among the warmest, friendliest and most welcoming people in the country. Whether you’re relocating or just passing through, you can expect a friendly welcome wherever you go.

Finally, Brisbanians are (like most Australians) consummate foodies. And in Brisbane, you’ll find an eclectic range of delicious goodies to tempt palates of all kinds. Including some unusual but incredible taste combinations. For example, in Gauge- a South Brisbane restaurant / cafe / bar you’ll find an eclectic, boundary pushing menu that saw it recognised as 2017’s Restaurant of the Year by the Brisbane Times Good Food Guide. Among their most legendary creations is their black garlic bread; a baked favourite that combines sweet and savoury nuances that’s not only served with main meals and breakfasts but also as a dessert.

Ten Tips For Travelling With A Baby 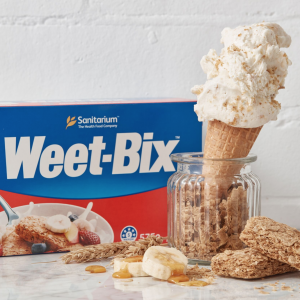