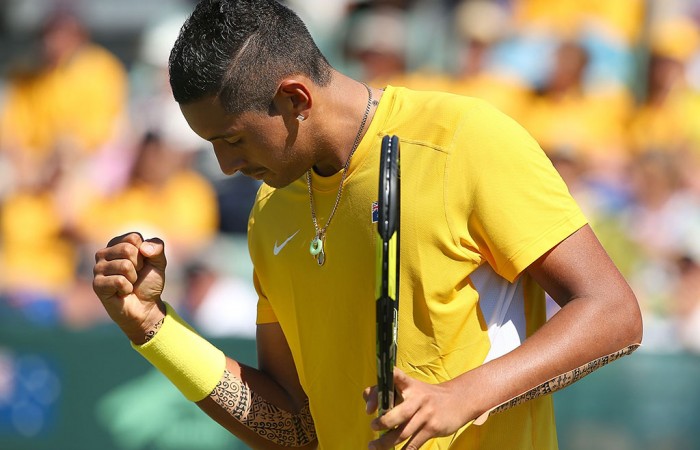 “Why Nick Kyrgios cannot represent Australia in Davis Cup again” and why I completely disagree.

Greg Royle’s opinion piece on Nick Kyrgios has recently gone viral after originally being posted on his Facebook page. Whilst I understand Royle’s sense of frustration at Kyrgios’ recent behavioural displays, especially when being a tennis coach to young boys of an impressionable age, I completely disagree with his call to stand Kyrgios down from not only this year’s Davis Cup, but all David Cup tournaments in future.

I’ll be the first to admit that I was pretty darn excited when Kyrgios burst onto the men’s tournament scene last year after enjoying a promising junior’s career. There had been such a hole in Australian Tennis for many years; dare we dream this young gun be the shining light in what has recently been a pretty bleak outlook? It was obvious very early on as Kyrgios became a household name that he wasn’t going to be to everyone’s taste. Let’s just call him Lleyton Hewitt 2.0.

A lot of people, who otherwise wouldn’t have tolerated his outlandish behaviour, turned a blind eye because he was winning matches. Actually, he wasn’t just winning matches of tennis; he was beating some of the world’s best.

Let’s fast forward a year, back to the tournament that made him a household name. Kyrgios’ 2015 Wimbledon campaign was one he’d probably rather forget. It’s no surprise that he has a bit of attitude, so why was it such a focus this year? Because he lost.

Royle’s article makes numerous reference to the word disrespected. And it’s Kyrgios’ disrespectful attitude that causes him to suggest that for the greater good of Australian tennis, NK has to go. If we booted every tennis player that showed a lack of respect to coaches, umpires, linesmen or ball kids, would we have anyone left? Even the best of the best have their bad periods- we’re talking Federer, Djokovic, Murray and Hewitt, just to name a few.

Do you realise this? Do you even care? Royle asks. And to this, I challenge, let’s get a line-up of 20 year old boys and I can guarantee that majority of them won’t realise how much of a jerk they’re actually being. Is that an excuse? No. Kyrgios, and those other 20 year old boys, need to be held responsible for their actions. They need to be told that it’s not on; they need to be told to pull their heads in, pull their socks up and every other cliché written in the book. But to do this by taking away Kyrgios’ right to compete for his country in Davis Cup tennis? That’s just a childish, knee-jerk reaction.

But there can be a positive to come out of this disgrace. Cut him loose, Pat. I agree, Greg. I think a positive can come from all of this, but throwing someone overboard without a life vest is not the way to do it. Everyone makes mistakes. If we’d been so quick to dismiss the actions of a young Hewitt, would we have witnessed such a remarkable day as we did on Sunday? Let’s sit Kyrgios down, let’s teach him; not dismiss him and let him fall through the cracks into what can only be murky and unknown water.

Wally Masur summed it up pretty brilliantly on the weekend after Australia’s Davis Cup win after overcoming a 0-2 deficit thanks to the brilliance of Sam Groth and Lleyton Hewiit. Masur used a poignant time to make a statement about encouraging the youth of Australian tennis rather than discouraging.

This is not the first time I’ve banged on about a similar topic, about Australian ‘fans’ and media beating down athletes when they don’t act the way we want them to. Do they have the responsibility to be mindful of the way act as someone in the limelight? Absolutely. But we have to guide them through this, hand in hand if we have to, and not just leave them hanging out to dry.

I take nothing from Greg’s opinion; he raises completely valid points and refers to the much happier Tennis Australia times of Muscles and Newk, players before my time. So call me young or call me naïve, but I just can’t agree that cutting Kyrgios from any future Davis Cup tournaments is a good idea. Or the right idea.

I hope Kyrgios finds the guidance he needs and I hope that one day, I can write about an Australian Davis Cup win led by Kyrgios (with Lleyton Hewitt as coach of course, because wouldn’t that just be a big gigantic finger to all the haters)!

Get Around Bugs and Help Get Kanye West to Tatura 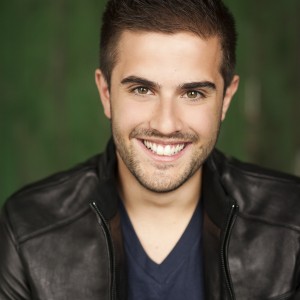 Leigh Smith has been passionate about acting from a young age; involvement in school productions lit the bug, but it was when...
© Onya Magazine 2009 - 2021
Back to top