Why Are Sportsmen Drawn To Sports Betting? 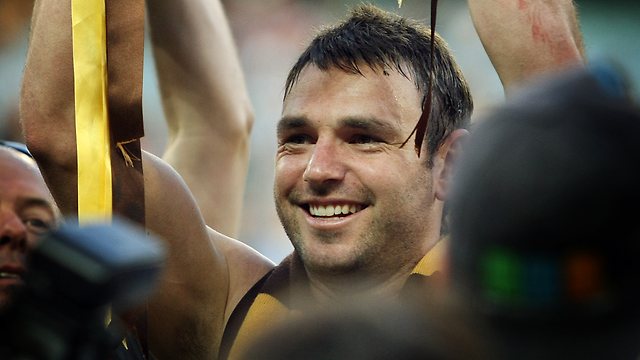 We often ask ourselves how many of us seem to get hooked on certain ‘addictions’. Whether it be smoking, drugs, alcohol or gambling, for the person who has the opposite of an addictive personality it must seem impossible to comprehend how a successful individual can have it all one day and be struggling for $5 the next. Many professional sportsmen find themselves in this precarious situation more often than not, but why does it seem to strike athletes on a regular basis?

Earlier this year former AFL player Brent Guerra revealed how he had burnt through $400 000.00 in four years via a gambling addiction. For him it was the horse track that really held an appeal, and like so many he began as a casual punter. Once a month turned into every day. “I wasn’t a big punter, but that $50 turned into $100 and turned into $1000, and turned into $1500 on horses,” mentioned Guerra. The thrill of that first win, and the ease at which it took to earn the money, is said to be what sinks its hooks into you, and always leaves the punter looking for that elusive pay-out.

Most professional sportsmen come from humble backgrounds, and have therefore never enjoyed the riches that a first professional contract brings. Once it arrives it can sometimes provide the player with a feeling of invincibility, but with no skills on how to manage money things can go downhill very easily. This is apparently the case with the AFL and gambling. America has been open and combatting this issue in the NFL, NBA and MLB for years now, but only since Guerra’s gambling admission has the issue come to the spotlight in Australia’s AFL. David Schwarz, a former AFL player and gambling addict in remission claims to have held talks with near thirty players dealing with gambling issues. “It’s an escalating problem. It’s bordering on being an epidemic,’’ says Schwarz.

Indeed, perhaps Australia as a whole could be looked at as a country with a growing gambling issue. “Such is the growth of online gambling in Australia that it almost isn’t necessary to look at overseas markets,” says OnlineCasinoAustralia.com.au spokesperson Shakia Wilson. So while the country as a whole is going into overdrive at the poker tables and greyhound tracks, why is it remaining a topic that people seem reluctant to discuss, particularly among professional sportsmen? Guerra coming forward about his addiction could be the start, but as we all know there are plenty of players suffering with this problem but the public remains none-the-wiser as to their identities due to the reluctance of the players to discuss it.

On the contrary, the US is more than open about such issues. Floyd Mayweather Jr. enjoys flaunting his monumental betting slips on Twitter, which included a $100 000.00 wager on American college Duke to win the first half of a basketball match against Arizona. Retired NBA great and current basketball analyst Charles Barkley told ESPN in 2007 that he had won $700 000.00 in one weekend betting on the Super Bowl and playing blackjack. A year later Barkley faced criminal charges over un-paid debt to the Wynn Casino for $400 000.00. The NBA great has since stated that he continues to gamble because he can afford it. In 2009 Sports Illustrated released a statistic that 78% of NFL players have gone bankrupt within 2 years of retirement. The numbers are strikingly similar for NBA players. Although much of this percentage is caused by bad investments and overspending, a large portion of it is believed to have occurred through sports betting.

But the question still looms, why professional sportsmen? Those of us who played sports in our youth will still remember the adrenaline rush we received when receiving a pass, or scoring a goal. Professional sportsmen live off this rush which most of us don’t experience in our everyday lives. To maintain the natural high many sportsmen turn to the thrill of winning and losing money, which, at the time, they feel they have an endless supply of. Sportsman are also by nature competitive, and cannot help wagering against each other in their spare time. This competitiveness transpires into the locker room. If one player sees his teammate seal a huge win via a bet, more often than not, he will try to up the ante with a larger bet in the hope for a larger win.

Ultimately though, sportsmen do not seem to realise that their money is supposed to outlast their careers. Large salaries combined with a thrill seeking and competitive natures produce just the recipe for a gambling addiction. Sportsmen also have more spare time than most, and seek activities to keep them occupied while not playing or practising. “That’s the sad thing. If I had a spare half an hour to kill, that’s where I would kill it, in a TAB or a pub or even on my phone in the car waiting,” said Guerra of his addiction.

So as gambling has been described as “the hidden problem in footy” by player manager Paul Connors, what is the solution? Perhaps clubs should assign each new player a financial advisor? “The mindset is, they believe they are going to earn big money, so if they lose $100,000 in a year it’s not a big deal,” explained David Schwarz. If the League knows full well that gambling is a major issue among the players then more should be done to protect them. But as Australia’s gambling culture continues to soar, is this a problem that could soon see AFL statistics rival that of the NFL?

Furnishings That Radiate Your Individual Style... 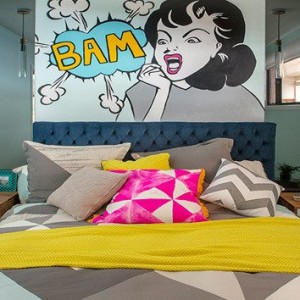 Furnishings That Radiate Your Individual Style...

Everybody has their own taste when it comes to their own personal space. There are many interior design styles that allow...
© Onya Magazine 2009 - 2020
Back to top