Triathlon Down Under: Gold Coast Calling The Shots

It may be off-season for most, but Triathlon is well underway in the land of Oz. With temperatures about to soar into the 30Cs, well of course it is! Think Australian summers and probably the first sport that comes to mind is surfing. They have some of the best waves out there, but surfers aren’t the only athletes who look forward to the warmer weather. Those crystal-clear oceans are also making a hit with triathletes. They come from across the Globe and where best to head other than Australia’s beach paradise, Gold Coast.

What’s Triathlon All About

Triathlon, perhaps you’ve heard of it; maybe you haven’t. The name should already give you an idea of what the sport is all about. It’s actually a combination of 3 separate ones; swimming, cycling and running, all in the same race. Sounds epic? Well, it is, or so we’ve heard. Combine that with Gold Coast’s stretches of sandy shorelines that seem to go on forever; you can start to understand why it’s running the Triathlon show.

So what’s in it for triathlete’s in Gold Coast? Well of course none other than the Official Gold Coast Triathlon or as they like to call it, the TRIATHLON FOR TRIATHLETES. The annual event has been going on for quite a while now. Needless to say, it’s become quite the Aussie favourite, but it has gained quite a reputation for itself on a more global scale too.

Over the years, the event has been home to several World Triathlon Series races, two of which were Grand Finals. In 2018, the Gold Coast Triathlon was the official venue for the Commonwealth Games. It goes without saying that some of the top athletes in the sport have battled it out on Aussie soil, or sand rather.

Triathlon and Oz were meant to be. We’re almost left wondering why the sport hasn’t caught on like some of the others. Take Aussie Rules or Rugby League Football, Gold Coast is actually home to several professional teams. The sports are also pretty darn big in the betting industry, especially with the recent craze of mobile betting. Just check something like the Sportsbet app features or any other betting app out there, and you’ll see for yourself. It’s a whole new world for betting enthusiasts.

Triathlon Events Through The Year

As good as the Gold Coast Triathlon gets, it only happens once a year. Where does that leave athletes in the sport throughout the rest of the year? Well, the good news is that there’s an event almost every other week. No wonder so many foreign professional triathletes are using Australia as a training base during their winter months!

What’s more, the state of Queensland is also home to several Ironman events. Known for its brutal long-distances literally everyone who’s everyone has heard of the brand. Sunshine Coast, only a couple of hours drive from Gold Coast, is home to an annual Ironman 70.3 event. Those opting for the full distance may need to hop on a domestic flight. For the time being, Cairns is the only option. Then again, new Ironman races are popping up by the minute. If you ask us, it’s only a matter of time before the brand lands in Gold Coast.

Grab your goggles, put on a pair of running shoes or hop on your bike. You’ve got to start somewhere! Surf’s up down under, but you won’t be needing that surfboard just yet. There’s a new sport in town, and it goes by the name Triathlon!

Types Of Toilets To Choose For Your Bathroom 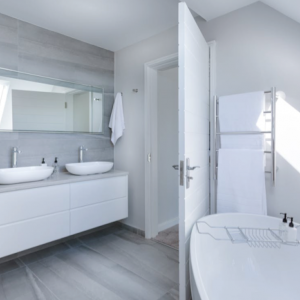 Types Of Toilets To Choose For Your Bathroom

No matter what we think, or how cool we act, toilets are one of the most important things in our house and it is a necessity....
© Onya Magazine 2009 - 2021
Back to top