It’s that time on the sporting calendar. The time of the year (well, that time every four years) when mass amounts of energy drinks and caffeine are consumed, so as to beat the late night and early morning sport hangovers.

That’s correct, the Olympics have come to town, and this time they’re in London – a city which, being on the opposite side of the world to Australia, exists in a very foreign time zone. It means that if you want to see Australia’s man missile James Magnussen decimate his opponents in the men’s 100m freestyle swimming final, you’ll need to perch on your couch, swathed in blankets, at a ridiculous 5:17am. Say you’re an athletics buff, and you’ve been waiting four years for Sally Pearson to get a crack at the world’s best in the hurdles. Prepare to down a jug of coffee, because that race is run at 5:30am. What about women’s gymnastics? Perth’s Lauren Mitchell is the favourite and current world champion to take out the individual all-round event. To see her flip, balance and vault her way to a gold medal, you’ll be up at a comparatively enjoyable 2:30am.

But for those among us who enjoy their sleep or simply don’t want to put their bodies through a 17 day regime of energy drinks, caffeine and stimulants, here are five easy ways to keep yourself primed for the moment of victory for Australia:

In what is probably the most obvious way to keep yourself awake, drinking plenty of ice cold water is a sure fire way to keep you on the couch. It may also send you rushing to the toilet every 15 minutes, so be sure to time them for ad breaks, or when the Lithuanian shot-putter is heaving a little silver ball as far as he can.

Turn on all the lights in your house

It’s probably not advisable to do this one if you live with a lot of people, but only the hardcore sleepers can snooze with the light on. Keep the lights on and it’ll feel like daytime.

Go for a light jog in your backyard

Get your heart rate up! With any luck, it’ll be up anyway when the Australian national anthem plays. Head outside and crank out some star jumps, or run up and down your backyard a few times. With any luck, your neighbour might read this article too, and you can spur each other on.

Get a mate around to watch with you

Nothing keeps people up like good conversation. Invite a sports crazed friend around, or just wake up a grumpy sibling and sit them down with a nice cold glass of water.

Pull down on your own earlobes

Bear with me here. This isn’t as weird as it sounds. The earlobe contains plenty of nerve endings, and if you’re drifting off, give your lobe a nice solid tug. It should give you a little jolt and help keep your eyes open a little longer.

With the Olympics mere days away, the commitment of Australia’s sports nuts will be sorely tested. If you find yourself snoozing off, have a go at any of the five techniques above. Alternatively, these days phones have alarms.

And in a very clever move, Australia’s favourite spread Vegemite is rewarding the unsung legends of the Olympic Games – the fans of the Australian Olympic Team – by offering a free app for both iPhone and Android that will make it easier for sporting enthusiasts to drag themselves out of bed at any hour to cheer on the Aussie team live during the London Olympics. 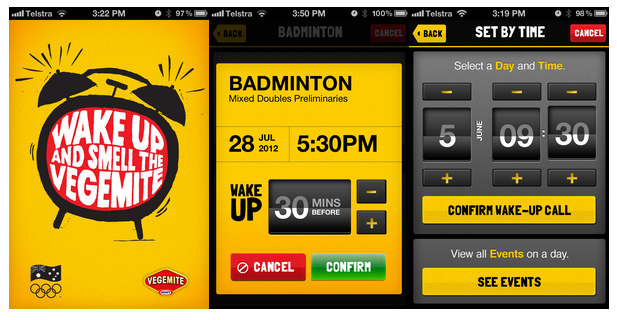 The innovative app allows you to simply choose the event (or time) you want to get up for and celebrity wakeup callers Laurie Lawrence or Dave Hughes will shake you awake in no time with a precisely timed alert.

Go for gold. I certainly will be.

The Wake Up and Smell the Vegemite app is free and available to download for iPhone and Android from www.vegemite.com.au. Or, go directly to iTunes or Google Play and search for ‘Vegemite’. 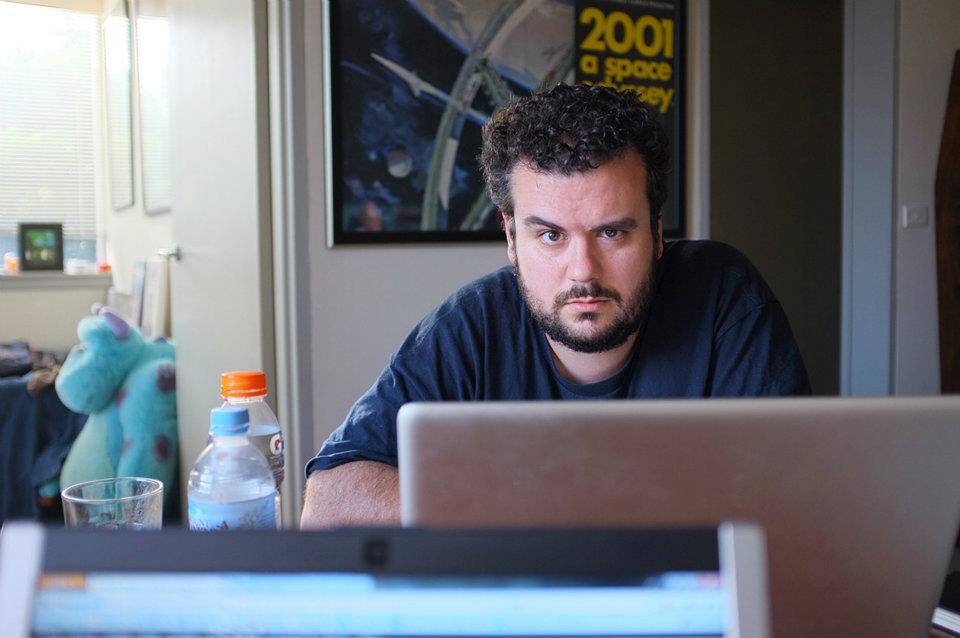 Last year, I posed – then answered for all eternity – that all-important question: if you could be anyone from history,...
© Onya Magazine 2009 - 2021
Back to top