“The Golden Eagle” is a race that’s yet to even be run for the very first time, but already it’s the talk of the town in Sydney racing circles, and word is quickly spreading throughout the country.

The main reason for all the hype is because of the prize money on offer. At $7.5 million, The Golden Eagle will officially be Australia’s second richest horse race, behind only The Everest, another Sydney-based race that offers up $13 million in cash.

The inaugural running of The Golden Eagle has been slated for the 2 November, 2019 and will be run over 1500 metres at Sydney’s Rosehill Gardens Racecourse.

What’s So Special About The Golden Eagle Race?

Well, apart from the massive prize purse, the race is only open to 4 year old horses, making it the first feature race on turf in Australia exclusively for 4 year olds. The theory behind this move is to maintain racing is attractive for 3 year olds to go and race as 4 year olds.

Another interesting point of difference to note about The Golden Eagle is the charity aspect of the race.

One tenth of all prize money will be donated to a charity of choice, nominated by each horse’s connections, provided the charity has been accredited by Racing NSW. That means a shot in the arm for charities to the tune of $750,000 just from one horse race.

As an example of how this works, the winner of the race receives $4.1 million in prize money. Subtracted from the purse will be 10% to the value of $410,000. This amount will be donated to the charity nominated by the representatives of the winning horse.

It’s the same for all the minor prizes as well. 10% of the amount goes to their nominated charity.

It’s an interesting move by Racing NSW and The Golden Eagle organisers, one that seems almost certain to cement this race firmly in the racing calendar for years to come, alongside crowd favourites such as the Cox Plate, the Caulfield Cup and the Melbourne Cup.

The charity angle is sure to attract a lot of interest both locally and internationally, and it’s great to see the sport giving something back so generously.

A new bonus system has been introduced for Sydney’s Spring Carnival at Rosehill called the Golden Slam, and this new race forms a part of it.

It’ll take 3 seasons to achieve the target, but well worth it for 5 million big ones.

It’s considered that most racehorses have fully matured by age 4 and are racing at their peak performance by this time. That fact, along with the huge prize money on offer, will ensure some exciting races over the years to come for this new event.

The fastest and the best sprint/milers will undoubtedly be on show in the first running of The Golden Eagle, so it’s bound to be a popular race with punters, with an exciting dash to the finish.

Being the second richest race on turf in Australia means big things for horse racing in Sydney’s west, which can only be a positive thing for the sport in general. It’s all a part of the Racing NSW Spring Racing Carnival expansion project, and it seems to be working well.

Could this race go on to be one of the biggest and best in the country? Only time will tell if that’s the case, as the very first running hasn’t even taken place yet, but the way organisers have set this race up and are avidly promoting the event, it sure looks set to become a major hit with everybody involved in thoroughbred horse racing, as well as the general public.

If you love a day out at the races and you’re in Sydney come 2 November, be sure to check out the very first running of The Golden Eagle.

How To Get Up Close With A Crocodile 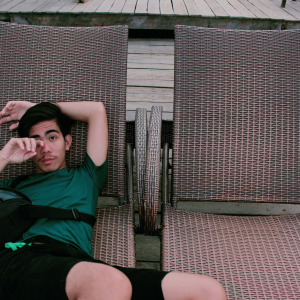 When you want to stay awake, most of the world just shrugs and tells you to take some caffeine. Unfortunately,...
© Onya Magazine 2009 - 2021
Back to top