Taking One For The Team

For the entire 27 years of my existence I have managed to steer clear of a key part of Australian culture – football.

I have never followed an AFL team, or any form of football team for that matter. (I can hear you gasping and shaking your head with disappointment … I know, I know, I’m a terrible person).

So when I moved to Melbourne at the end of last year I figured it was the ideal location to take the plunge and commit. But since committing myself to choosing a side, I’ve discovered that the very act of doing so is no easy task.

For a lot of AFL supporters, there was no actual conscious choosing involved. When I asked my friends and colleagues why they chose to fly the flag for their favourite club, most of them replied with an unhelpful, “It just happened”.

“Well, my dad was a keen Hawthorn supporter and my grandfather played for the reserves so the team is in my blood,” one would say.

Well, my dad is a keen fisherman, but you don’t see me scrapping the gills off a dirty, stinky fish, do you?

So this brings me to the root of my problem.

My family doesn’t follow football. Well, at least not in the capacity that most Melbournians do.

Dad grew up in Adelaide, so he very loosely follows both the Crows and Port Adelaide because he’s too loyal to pick one.

I went in search of some kind of sign that might, by any stretch of the imagination, link me to an AFL team. 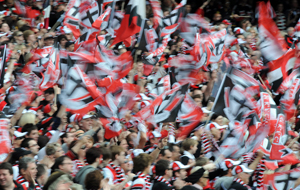 I recall some family friends being huge St Kilda supporters, so I’ve grown up knowing what colours they wear, which is more than I can say for all the other AFL clubs. I like cakes and the beach and well, St Kilda (the suburb) is famous for both. And as a youngster I could play When the Saints Go Marching In on the keyboard, from memory.

That’s got to count for something, right?

All of these points are probably the strongest links I could muster to any team. But after the whole Nick Riewoldt scandal I couldn’t possibly choose to support them.

I explored another possibility – Hawthorn.

They won the first AFL grand-final I ever watched (on TV, of course). And well, Buddy Franklin ranks pretty highly on my ‘hello’ list. But, no, the vibes weren’t strong enough for the Hawks (don’t get me started on those brown and yellow jerseys).

My next option was Carlton.

They train at Princes Park, which is less than a kilometre from my house, so they’re winning on the proximity front. I’ve at least heard of Chris Judd, even if it was thanks to his now wife, Rebecca Judd, and that red dress.

I decided. That was it. Carlton provided the strongest links and most positive vibe yet. Those signals weren’t going to get any stronger, no matter how hard I searched.

So I got on their website, looked at their fixture and had a bit of a scour through their player profiles. I had mentally committed myself to Carlton and it felt great.

I shared my great news with a good friend who is into all kinds of football.

Way to shut me down.

Within moments he’d told me about their salary cap breach in the late 1990s and early 2000s.

“But surely it’s a different manager now, new coach, new players?” I pleaded. My pleas were not enough. There was no way of getting him to support my decision.

And so that was that, and I began looking for possible ties to Richmond.

I’ve since reached the conclusion that if I can’t pick a side and stick to it, then it’s not meant to be.

Football just isn’t in my genes.

And it seems you can’t change your genes, no matter how hard you try. 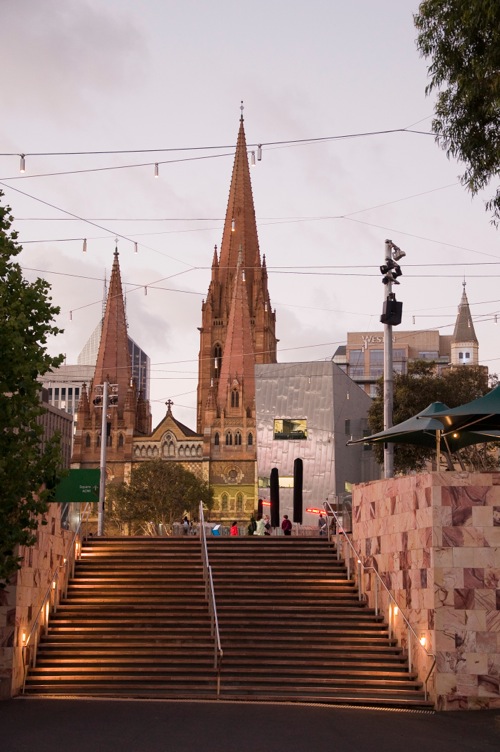 Alice in Wonderland meets Paris; Melbourne is a seductive city that lures you in with its heady mix of European architecture...
© Onya Magazine 2009 - 2020
Back to top