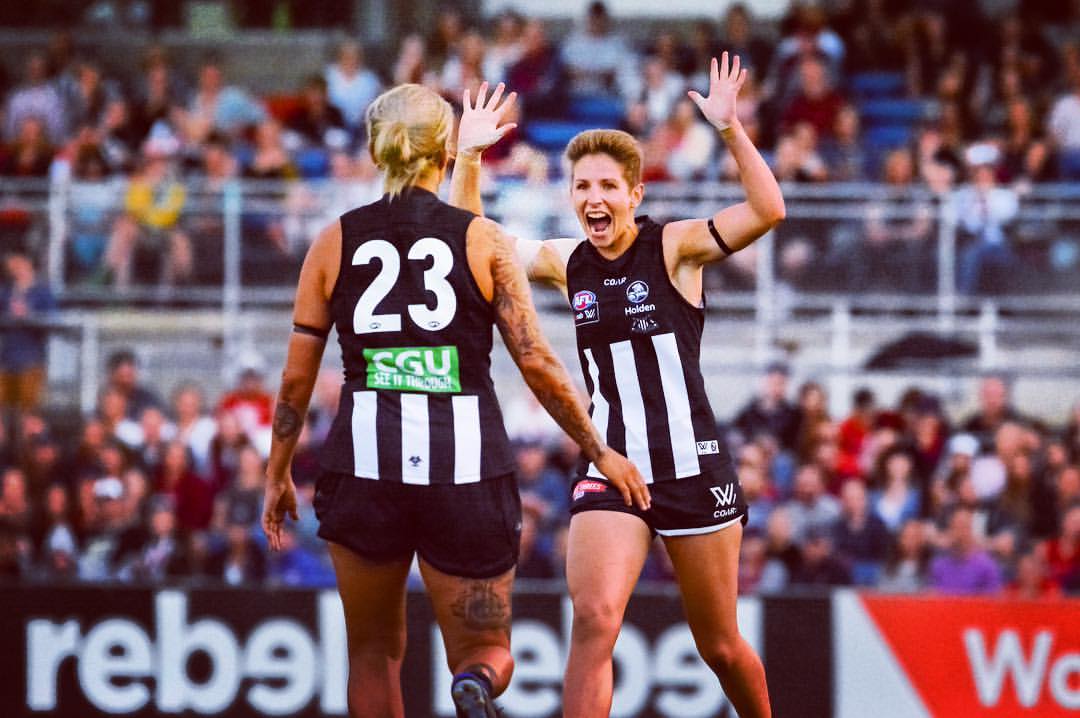 It exceeded expectations. It looks to be expanded in the coming years. And it even achieved a capacity crowd causing spectators to be locked out of a stadium on its opening night.

“The first game was phenomenal. There are no real words to describe that feeling of running out in front of 25,000 [people] for the first ever AFLW game”, explains 27 year old Collingwood Football Club player, Emma Grant.

After a series of exhibition matches played over the last few years, February 2017 saw the launch of the inaugural AFL Women’s competition. The competition was played out over seven weeks and involved eight teams completing for the premiership.

Grant, a Bendigo primary school teacher, was incredibly excited when the AFLW was launched.

“I was excited that women could play AFL at the highest level, happy that people were now taking us seriously.” 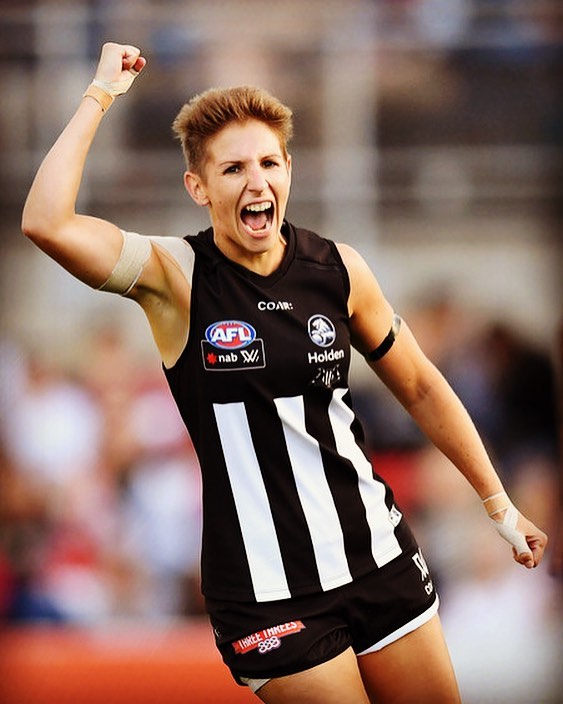 Grant already had an impressive AFL resume, having represented Melbourne twice in previous exhibition matches, captaining the Bendigo Thunder and winning the Victorian Women’s Football League Best and Fairest in 2016, before being drafted by Collingwood in the AFLW. Despite coming off an impressive 2016 season, Grant was still nervous about the draft.

“I had people telling me it was going to happen, but you always have self-doubt. I felt like I had ticked the [right] boxes – but I knew there were no guarantees.

I must admit it was a weird feeling at the start (being drafted by Collingwood). Growing up as a mad Western Bulldogs supporter, it felt strange to be part of the black and white. But, the club welcomed us and made us feel very comfortable.”

The very first AFLW game was played out between Collingwood and Carlton at Princes Park in front of a capacity crowd. It was time for Grant to show everyone what she was made of – although not everything went to plan. The Magpies went down to an impressive Blues unit and Grant was forced to watch the majority of it from the bench, “being the first AFLW player to be concussed wasn’t ideal, but just to be part of it was truly amazing!”

Grant received some tremendous support from her community, with girls at the primary school where she teaches coming to school sporting haircuts just like hers.

“Being a role model for young girls is very humbling. To help pave the way so that young girls can now aspire to be AFLW players one day is truly special.” 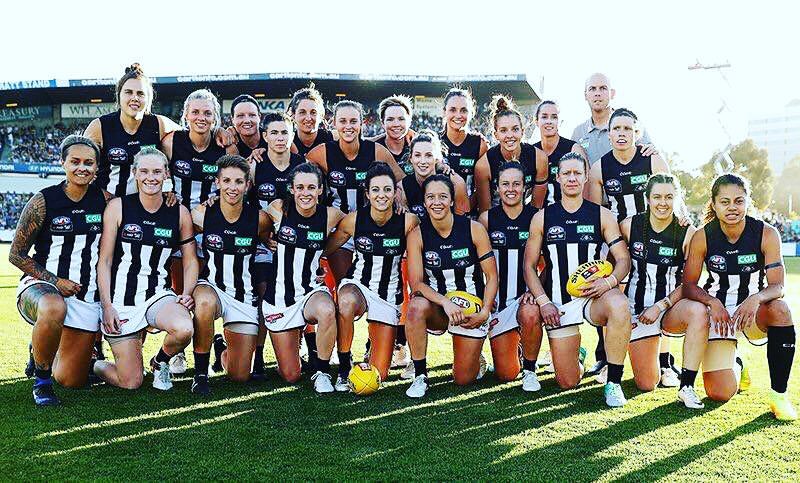 Despite Grant and the AFLW competition mostly receiving positive support, she agrees that there are still those that have negative views on the competition.

“98% of people have absolutely loved it. The 2% who are negative usually haven’t been to a game and are just typically negative – or jealous.”

At the end of the season, won by an impressive Adelaide outfit, the AFL has celebrated the initiative as a success and is looking forward to continuing and expanding the league in the coming years, which is music to Grant’s ears.

“The plan is to play again. The re-signing period starts in a few weeks so hopefully I’ll be signing a new contract shortly. In the off-season I’ll be playing for Diamond Creek in the VFL competition.” 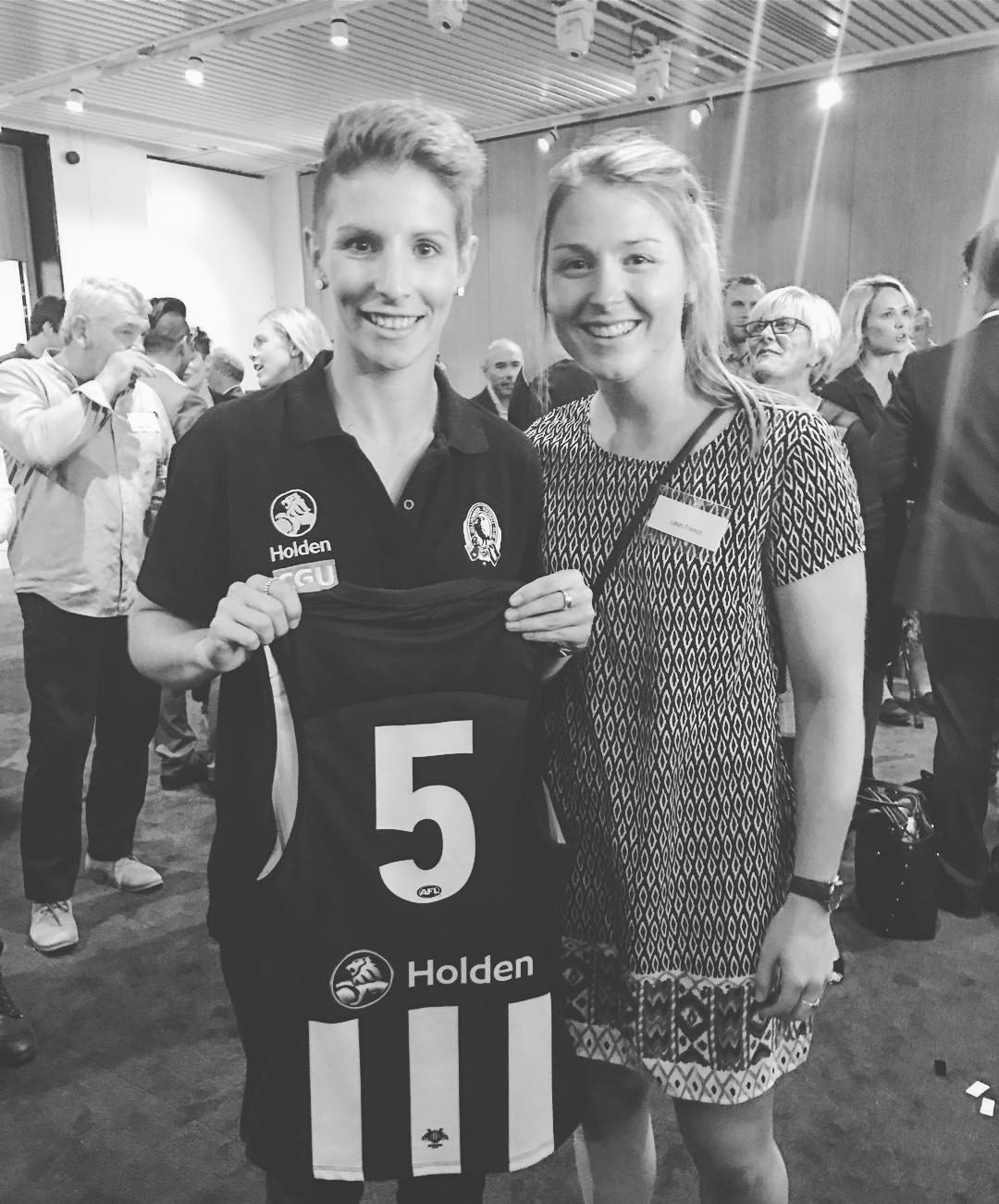 The AFL are also excited to see the number of girls and women of all ages who have decided to take up the sport on the back of the AFLW season. So if you’re thinking about lacing up the boots and jumping out on a local footy oval, “do it! It will be the best decision of your life. It’s an amazing way to meet new friends and become part of something truly special, whilst becoming fit and strong!”

It’s pretty hard to argue with that logic. 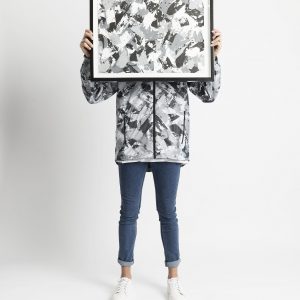 Iconic Australian brand Rainbird has been given an exciting Melbourne twist, collaborating with local street artists Silk...
© Onya Magazine 2009 - 2021
Back to top