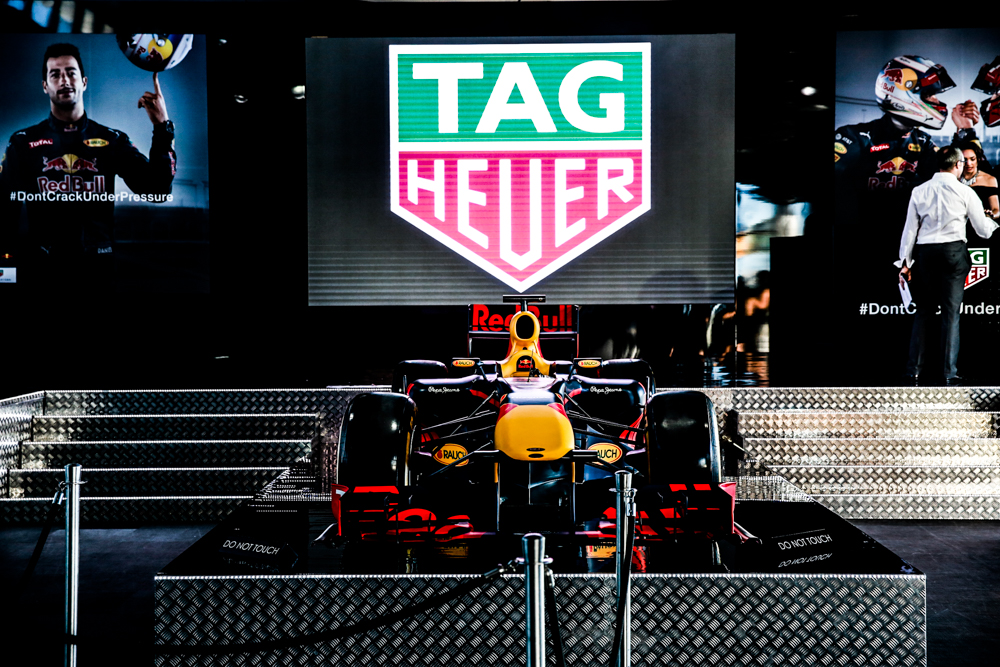 The Veuve Clicquot was flowing as the sun set over a full-house of Melbourne identities and celebrities last night, as TAG Heuer held its highly anticipated Grand Prix Cocktail Party at Melbourne rooftop, Luminare, celebrating its new partnership with the Red Bull Racing Formula 1 Team. 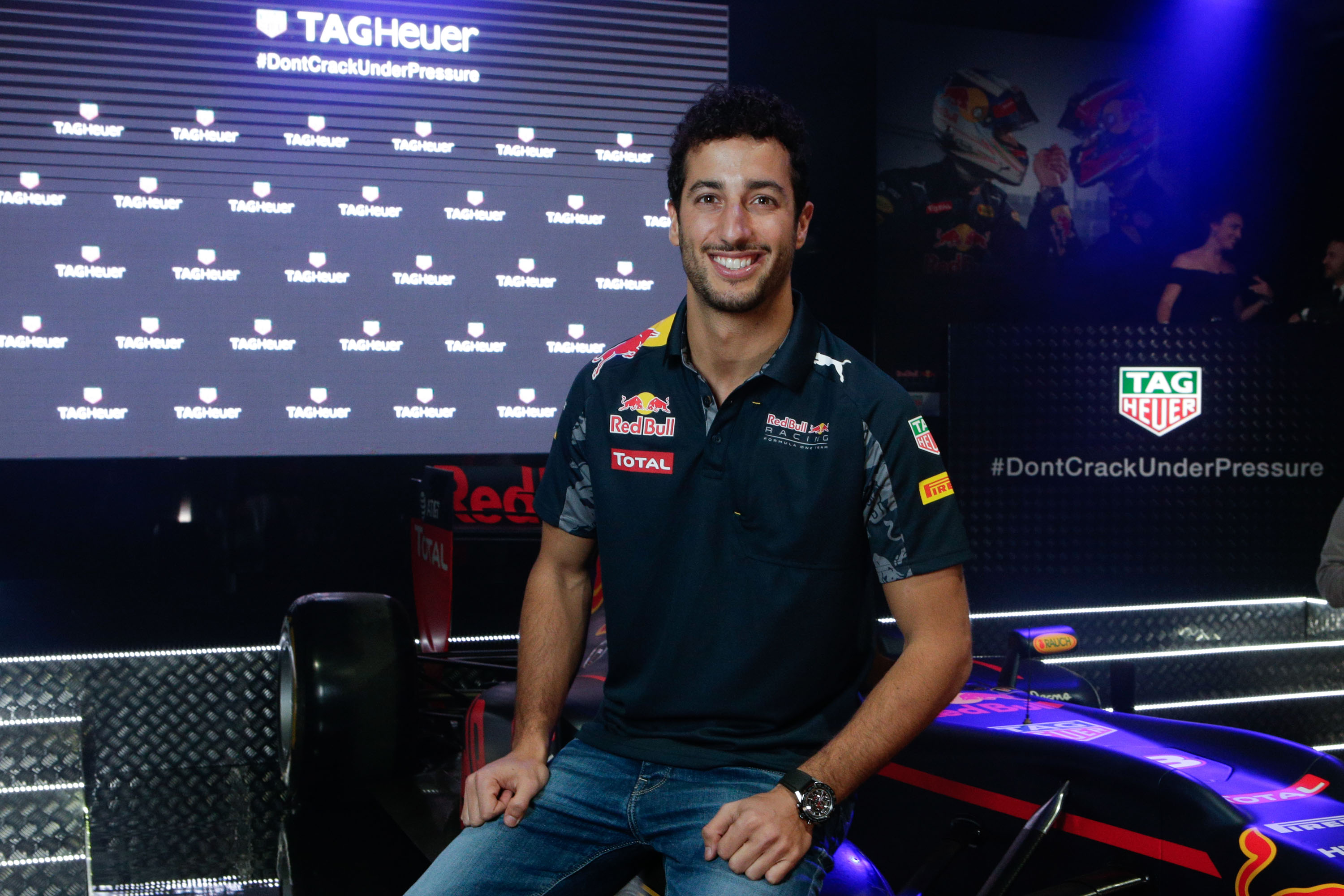 In this ground-breaking partnership, TAG Heuer becomes the Official Timekeeper, Official Watch and Team Performance Partner of Red Bull Racing. And, in a historic first for a Swiss watch brand, TAG Heuer has taken up naming rights of the team’s power unit, with the 2016 car being christened Red Bull Racing-TAG Heuer RB12.

Ricciardo joined MC, well-known Australian sports personality and TV presenter Mel McLaughlin, on stage to talk about the dynamic new TAG Heuer partnership and his excitement to be racing back on home soil this week for Red Bull Racing.

Much to the delight of guests, and in paying homage to TAG Heuer’s ‘Don’t Crack Under Pressure’ motto, Ricciardo then took on the darling of Australia’s club scene, DJ Minx, in a duel at the decks, coming out on top as he tested his F1 engine sounds in an electrifying sound and light display. 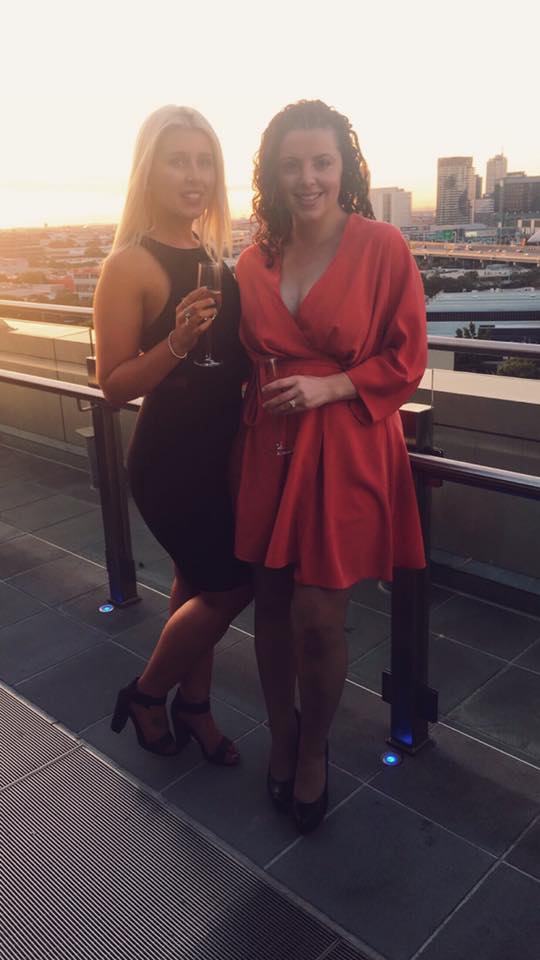 Red Bull Racing are Quadruple Double World Champions, having won both the FIA Formula One Constructors’ and Drivers’ World Championships in 2010, 2011, 2012 and 2013. It is Red Bull Racing’s unorthodox approach to sport and entertainment which appealed to TAG Heuer, one which is perfectly in line with the watch brand’s ethos.

“This is the first time ever a watchmaking brand name is directly associated with an official F1 team designation. Formula 1 is deeply-rooted in TAG Heuer’s DNA, and Red Bull Racing is a young, dynamic and driven team, which perfectly fits with TAG Heuer,” said Jean-Claude Biver, CEO of TAG Heuer and President of the LVMH Watch Division.

TAG Heuer’s soiree saw Melbourne’s elite media and VIPs toast with Veuve Clicquot and a F1 inspired menu designed by the city’s premier caterers, The Big Group. Local artist Andrew Archer was commissioned to create a bespoke piece of art featuring Ricciardo. The edgy, dynamic and disruptive style of work was gifted to the Aussie hero much to his surprise and delight. 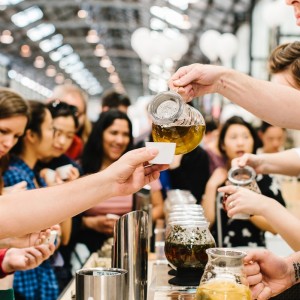 Tea lovers will soon be able to spend a day exploring and tasting a range of specialty loose leaf teas under one roof...
© Onya Magazine 2009 - 2021
Back to top