The Australian Open Ones To Watch

The Australian Open is an absolute joy for tennis fans. For just $30, we can flit from court to court, watching almost all our favourites and absorbing the atmosphere of Grand Slam tennis. For those not so familiar with the sport, however, it can be a little daunting. With players all looking similar in their identical headbands and heavy groundstrokes, coming upon good tennis can be down to luck for the uninitiated. As a self-confessed tennis nut, I’m here to remove that luck and ensure you have a good time.

There’s no guarantee the following players will be on the outer-courts – all courts except Rod Laver and Hisense Arena – but it is highly likely. These players are all well known to tennis fans, but they lack the ranking or Australian passport to be assigned to the big courts. I’ve watched most of these players at previous Opens and I’ve always managed to get a seat, so don’t be put off thinking everyone knows the secret; the majority attract a small but passionate crowd. You’ll also need to check the order of play – which is released only one night beforehand – to see if any of these names are scheduled.  I suggest going to one of the earlier days as singles players are few and far between on the outer courts come week two. And yes, I’m only covering singles players here, no doubles. So here we go…

See Ernests Gulbis… for his personality 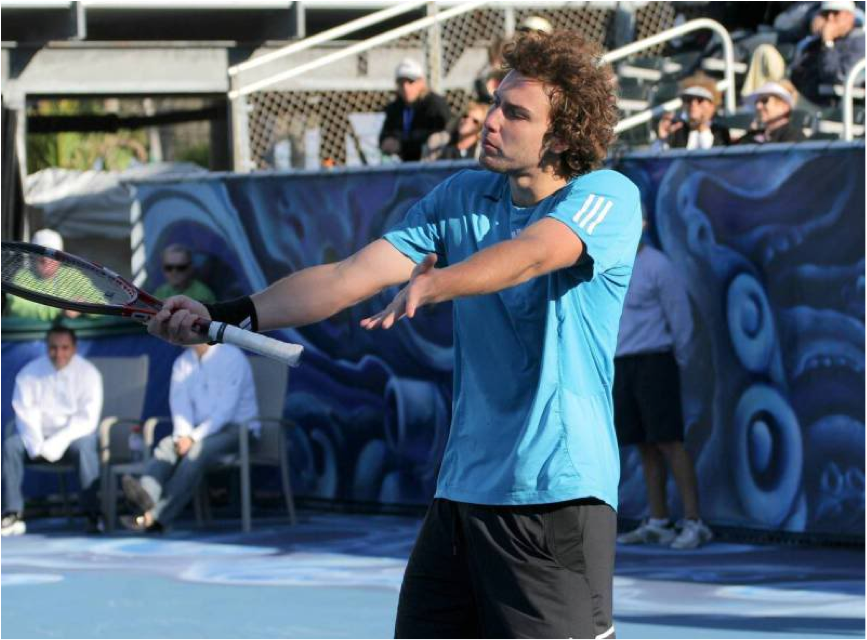 You can’t replace Marat Safin, but this is close as you’ll get. Gulbis – or Ernie as he is known – is the creator of instant classics such as these:

On a rise up the rankings – “I woke up one morning with a hangover, I clicked my fingers, and decided, right, now I go for it.”

On spending a night in jail – “It was very funny, I think every person should go to jail once, as it’s interesting.”

Of course, he won’t be interviewed on court. But you’ll see humour in everything Gulbis does. From his pre-serving routine, to various facial expressions to constant muttering, Gulbis is entertaining, if often frustrating, to watch. The 22-year-old Latvian possesses immense talent, evident in his sublime groundstrokes and natural grasp of tennis. He doesn’t always make the most of it, but it’s not hard to imagine Gulbis in the top five, although at 24 in the world he hasn’t quite made it yet. Gulbis may not be consistent, and he is certainly a lose cannon at times, but you can put your money on the fact that he will entertain you. Just hope he doesn’t show up with a hangover.

See John Isner… for his serve 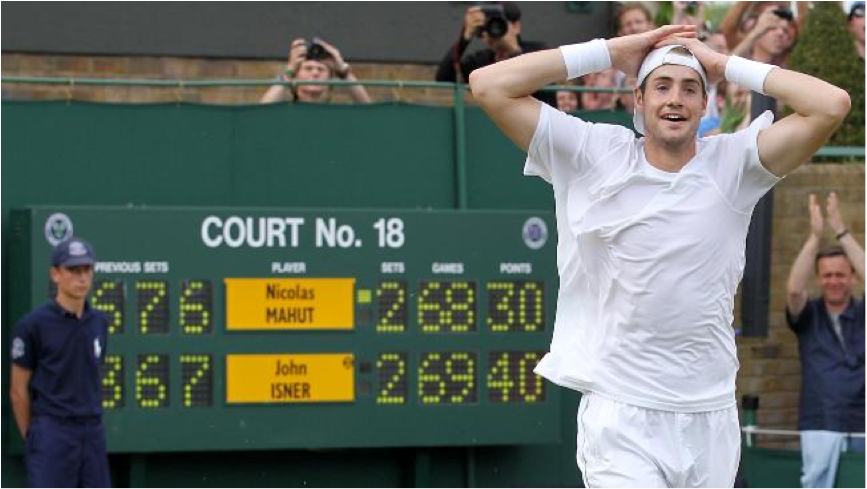 This time last year the 6’9 American was only known to passionate fans, but the world number 19 has almost become a household name since. ‘Big John’ was the winner of an 11 hour and 5 minute match against Nicolas Mahut during Wimbledon 2010. Over two days, he took out the plucky Frenchman 6-4, 3-6, 6-7 (7), 7-6 (3), 70-6, demonstrating determination, focus, and a massive serve.  You’re unlikely to see a feat of that kind again, but you can rest assured to see a lot of aces. Isner’s groundstrokes and volleying have also seen him climb the rankings, but his serve is what makes him a must-see. If Isner isn’t playing on your day, check out Ivo Karlovic; he’s lower-ranked but at 6’10 possesses an even bigger serve than Isner.

See Gaël Monfils… for his acrobatics 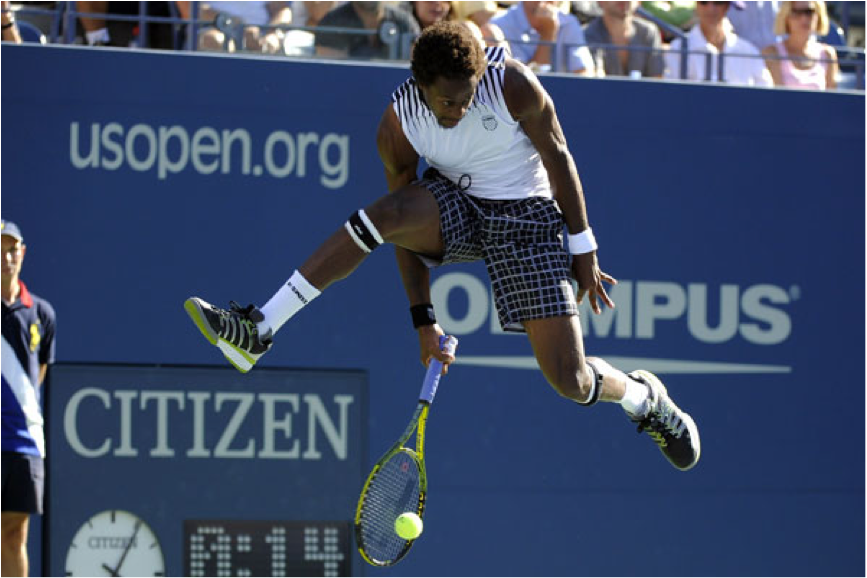 Sometimes you’re not really sure if it is tennis Monfils is playing. He could be practicing army drills, auditioning for the Matrix stage show, or trying out as goalie for France’s football team. Monfils is dazzling, mind baffling, and downright silly at times, but he is always interesting. The Frenchman has climbed the rankings to an impressive world number 12 and will most likely be scheduled for Margaret Court arena. Margaret Court can be packed so make sure you show up early to catch some of the Monfils show. Trust me, it’ll be worth the wait.

See Michaël Llodra… for an old-school kind of game 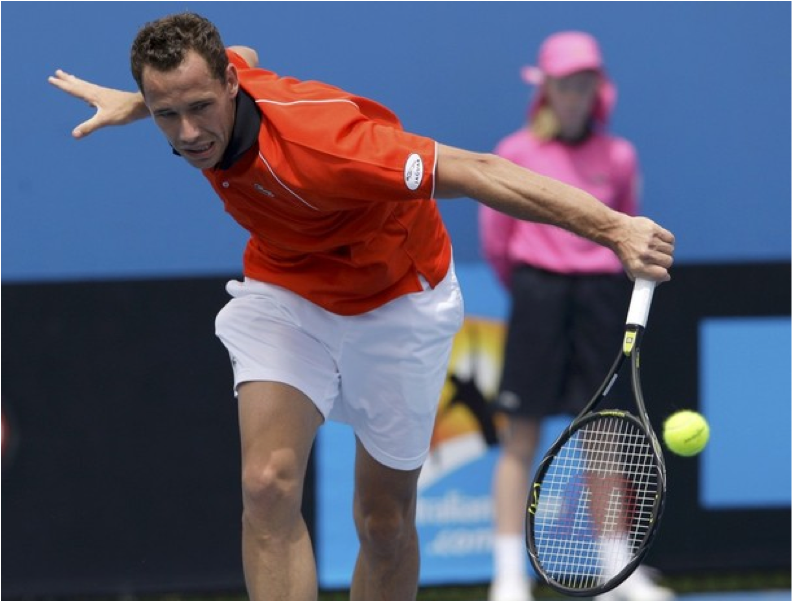 It is regularly said that today’s players can’t volley, and yet we may have one of the greatest serve and volleyers ever playing currently.  At the age of 30, Llodra may not exactly be a spring chicken, but he’s a late bloomer – his current ranking of 22 is his highest ever – and with a recent win over world number 3, Novak Djokovic, he’s no slouch either. He has dedicated much of his career to playing doubles and has won three Grand Slams doing so. But doubles is a sport where the serve and volleyer can thrive. In singles, it is much like a veteran archer coming up against a soldier with an AK-47; most of the time, the shots fail to hit, but now and then, he gets a big one. Llodra plays the kind of tennis we don’t see very much of these days. He’s a rare breed that can change the pace of a shot at will, uses the slice as something more than a method of defence, and comes to the net at every opportunity. He won’t be around too much longer, so catch him while you can; he’s a rare breed. 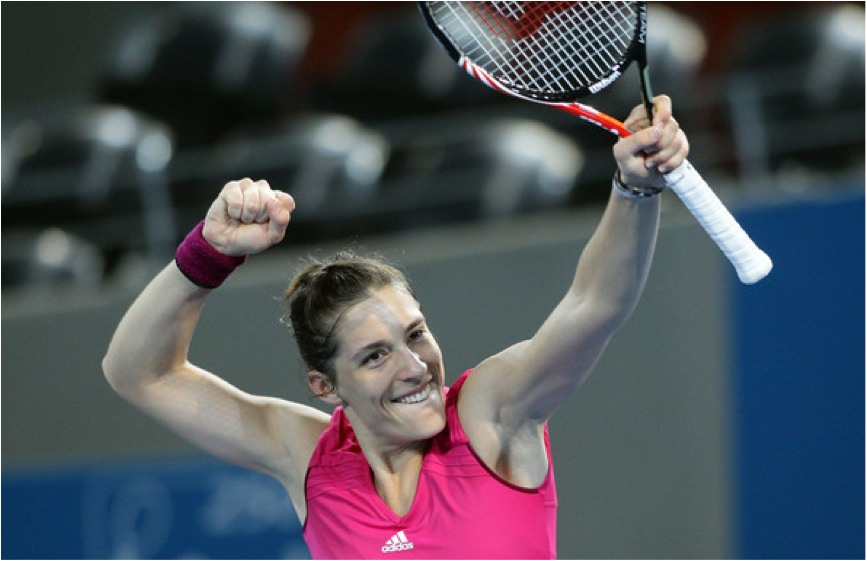 There are not too many players out there with a You Tube channel, a Twitter account, a newspaper published diary, and a personalised dance routine, but Petkovic isn’t an ordinary player. The 23-year-old German could have fit in at acting school, but instead she dedicated her talent to the world of tennis. When asked what her career of choice would be if she ever left the tour, her answer chances from lawyer, politician and rock star. She’s having success at tennis though with a career high ranking of 32 and a runner-up trophy in Brisbane this year. She’s been finishing successful matches with a dance recently, so hang around until the end and you might just catch a glimpse. 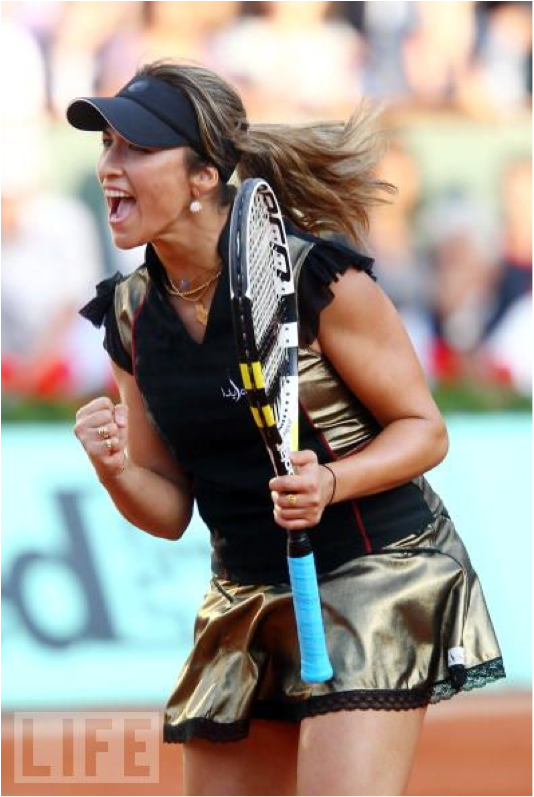 The one thing Rezaï doesn’t lack is confidence. There’s probably no one else in tennis that goes for as many unlikely shots as her. Her fiery personality matches her game; Rezaï goes for winners out of nowhere and is content to blast her way from match to match. It doesn’t always make for pretty or intelligent tennis, but she sure is brilliant to watch. Her tennis can create wonders; her scalps include Venus Williams and world number one Caroline Wozniacki. Watching Rezaï can be both cringe-worthy and awe-inspiring. The world number 19, easily recognisable from her gold and black outfits, really is in a league of her own. 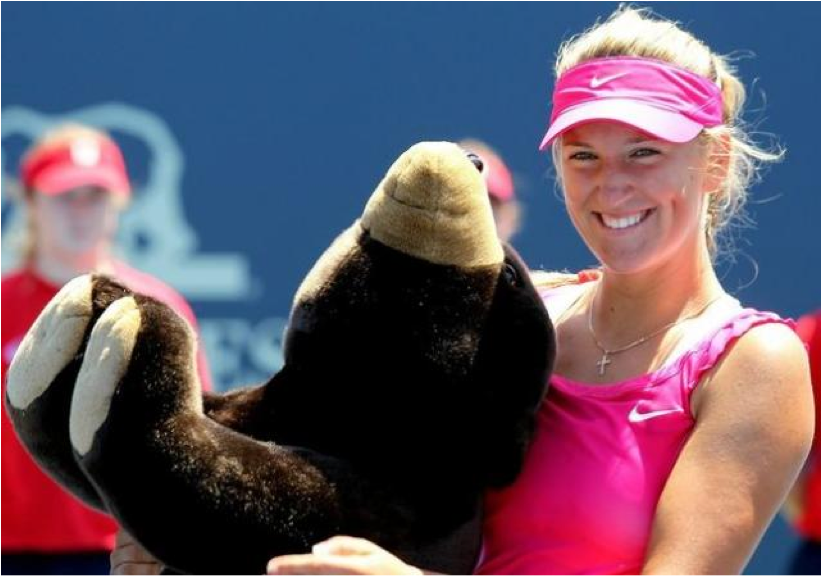 Azarenka’s webpage boasts techno music and a fuchsia pink background; both of which are a reference to her youth and bright personality. The 21-year-old Belarusian is feisty, bubbly, and extremely good at tennis. With a current ranking of 10, Azarenka will probably find herself on Maragret Court Arena. She’ll be aiming for the big-time though, as she not only has the making of a Grand Slam Champion, but a growing reputation as one to watch. With blinding groundstrokes and a scream to rival that of Maria Sharapova’s, get to an Azarenka game now so you can say “I knew her when…”

That wraps up my top picks for the coming Australian Open. Head down to Melbourne Park and support some tennis. You now know exactly who to watch.

After a hectic Christmas and New Years break (always the way!), the Onya Magazine Beauty Team are thrilled to announce the winners...
© Onya Magazine 2009 - 2020
Back to top