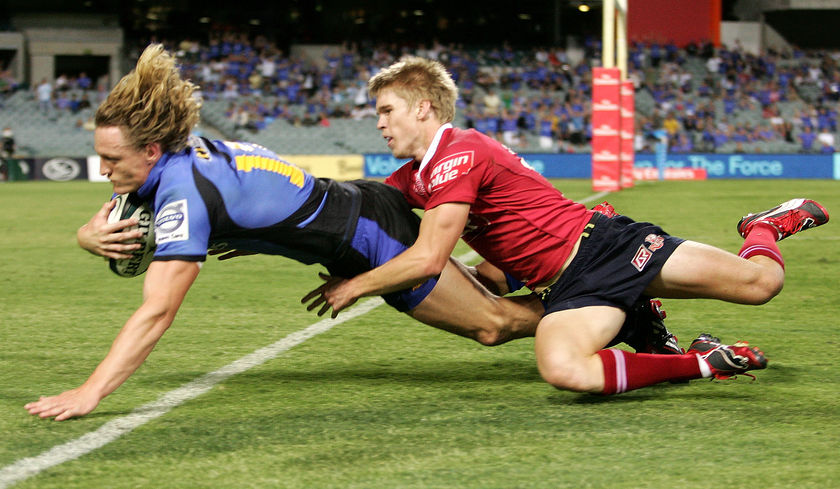 Rugby often plays second fiddle in Australia to the likes of AFL and NRL, but this year it is bound to be huge. With the World Cup around the corner and an exciting new Super 15 team, the Melbourne Rebels, Australian rugby is set for the spotlight in 2011. Super 15 kicks off this weekend. Here’s a look at how the Australian teams should fare.

Melbourne Rebels: Australia no longer has the talent pool they did in the early noughties, which makes the introduction of a new team an interesting one. A skeptical eye will be cast over the brand new Melbourne squad when they kick off against the Waratahs on Friday night, and they’ll want to get off to a flyer to prove the critics wrong and attract fans in the capital of AFL. They’ll look to bully their way to popularity with a strong front row that boasts the likes of ex-All Black Greg Sommerville and Wallaby Rodney Blake. Stirling Mortlock is also making an interesting return to the game and will garner much attention. With the likes of English player Danny Cipriani making his Super 15 debut, the Rebels might play a defensive style of rugby with emphasis on kicking. We won’t really know until they play though, and much will be revealed on Friday night.

Waratahs: There is much talk about 2011 being the year of the ‘Tahs. 2010 saw them finish third and they looked the best Australian side by a mile. They will look to improve on that third placing in 2010 and will have the opportunity to do just that with a side that is almost identical and features the likes of Lachie Turner and Drew Mitchell. If anything, the squad only looks stronger with addition of centre Ryan Cross. Cross should add some much needed spark to the forward based game and could be the missing link needed to send the Sydney team into the finals.

Western Force: The Waratahs gain is the Force’s loss and unfortunately for them, the absence of Ryan Cross will hurt. The Force have never really made a mark in Super rugby and finished a dismal 13th last year, however, improving on that placing shouldn’t be a problem in 2011. Much of their potential rests firmly on the shoulders of three key players: captain Nathen Sharpe, David Pocock, and James O’Conner. A player with the ability to relieve some of the pressure heaped on those three is Hurricanes import, David Smith. An extremely dangerous winger who scored seven tries in four starts for the Wellingon side, he should add some flair and confidence to their backline. With a fairly solid side, the Force should only improve on previous results. Don’t expect them to bolt out the gates and into the final four, but we should see a stronger and better team in 2011.

Brumbies: Since the glory days of the 90s, the Brumbies have struggled with depth, particularly in their front row. Their squad looks similar to last years, which saw them place an average sixth. 2011 probably won’t be their year, with Matt Giteau nowhere near as good as he was, but their backline remain exciting to watch. Look for the Brumbies to play flashy rugby and utilise an elusive backline that includes Adam Ashley Cooper. If they can keep errors down they might have a shot at causing some upsets, but don’t hold your breath.

The Reds: Nobody really knows what to expect when it comes to the exciting but inconsistent Queensland team. Wooden spoon contenders for most of a decade, the Reds put on an inspired performance last year to prove themselves the second-best Australian team. They’ll be looking to keep last year’s momentum going with virtually the same team. Their Wallaby number nine and ten combination, Will Genia and Quade Cooper, will be the key for the Reds to take that extra step into the top four. They’ll be the dark horses this winter and will revel in the role.

Super 15 kicks off on Friday the 18th of February, with the Melbourne Rebels versus the NSW Waratahs at AAMI Park.

As a dedicated rugby head I’m going to take issue with some of your readings on the teams. Namely the Rebels and the Reds.

The Rebels have recruited to play a defensive style of play. Having watched plenty of Cipriani’s play from the UK, and in two of his pre-season outings I can assure you the guy is anything but your typical English flyhalf. For one his kicking game is decidedly average. He’s a steady goal kicker, but his positional kicking leaves a lot to be deserved.

Likewise Cipriani’s defence, the key reason’s he struggled internationally and will struggle in Super Rugby, is something of a revolving door. Flyhalves have a reputation for being flimsy defenders, but Cipriani’s defence is non-existent. Virtually every team will be lining up their hard running forwards and inside backs to have a go at him, as did the Crusaders in their recent outings.

Cipriani’s redeeming feature is his running game. Interesting it’s not because he’s a direct running like James Hilgendorf is. Rather Cipriani tends to crab across field, pulling the drift defence with him until he cuts back in with a sharp turn of pace and keen eye for a gap. He’s the type of flyhalf who prefers to keep the ball in hand rather than kick. Looking at the backs assembled around him too of Vuna Cooper, Stirling Mortlock and Peter Betham, the Rebels are going to look to keep the ball in hand, deny the opposition any possession to make up for the defensive frailties they have in Cipriani, and have also displayed outwide with a lack of pace in their outside backs.

The Reds really came into their own last year, and it wasn’t by mistake either. Following years of disappointing results they invested in developing their young players and spent decent coin in securing players they had previously lost.

A quick flick through the key players in the Reds sees James Horwill aged 25, Will Genia is 23, Quade Cooper is just shy of 23, Digby Ioane at 25, and the Faingaa twins at 24. It’s a squad that a couple of years ago (bar Ioane who went to the Force) was out of its depth, but now the players have matured and are a real threat this season, and they displayed that last year by humbling some good teams. Berrick Barnes was another product of this, but he was lost to the Waratahs.

The Reds also sport a solid forward pack. And while they won’t be dominating anyone at scrum time, they’ll be doing enough to ensure they don’t get bullied around at the ruck. Their only concern is going to come with their opensides being able to disrupt opposition ball, and here I think they’re the weakest of the Australian teams.

But to call the Reds dark horses is to pretend nobody has noticed what they’ve been doing. The rugby community has definitely noticed. They were talking about it prior to last seasons kick off. Die hard Reds fans excluded, there was a sense that of all the Australian teams, they were the ones who looked like they had the most potential. While youth and inexperience cost them at vital times last year, they’re not likely to be stung by those issues in 2011.

As for the other three you’ve generally hit the nail on the head with them, though I’d challenge whether Ryan Cross is the final piece of the Waratah’s puzzle. What struck me last year is that Berrick Barnes actually seemed to struggle with the play maker role last season, whereas he had earlier seemed very dangerous at inside centre when paired with Quade Cooper at the Reds. He wants to be a flyhalf, so hopefully the experience of 2010 will see him get the Waratah’s backline firing this season.

I’d also exercise caution on David Smith and the Force. He’s a fast and powerful runner, but he makes odd decisions (loves the easily read chip kick over the top just like Lome Fa’atau did years ago for the Hurricanes), isn’t good at taking high balls, and has no return kicking game to speak of. More important for the Force was the recruitment of Willie Ripia. He’s a steady play maker, pretty reliable goal kicker and is likely what they want when David Pocock will be terrorising opposing rucks.

That aside, I had my Hurricanes 2011 poster airmailed over from home just in time for the season. Definitely not their year, but I live in hope.

If the way to the heart is with food, then Mrs. Fields has you covered this Valentine’s Day. Their cookie cards are the perfect...
© Onya Magazine 2009 - 2020
Back to top