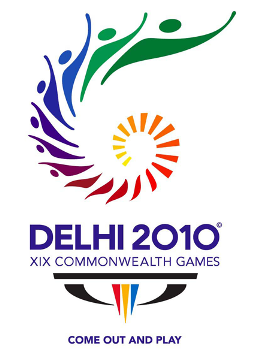 I’ll admit it. I intended to turn a blind eye to the Commonwealth Games this year. All that talk about the games being irrelevant, that Delhi was an awful choice as a venue, and that the “most important” athletes aren’t bothering to attend got me a little down.

We’ve all heard the horror stories of dengue fever and cobras on tennis courts, and we all know some star athletes such as Usain Bolt and Australia’s own Stephanie Rice are not attending, injured or otherwise. So why on earth would we bother tuning in our TVs come October 3rd?

Possibly because if we look closer and cast our minds back we’ll realise that we’ve heard it all before, these tales of health issues and unsafe buildings, and despite all the controversy places like South Africa and Beijing have stirred, they’ve also pulled it all together to host a dazzling sporting event that the world watched in awe.

Far from condemn India to failure before the Games have even started, we should watch and wait with optimism, encouraging them to put on the display we know they are capable of. Perhaps if the fear mongers paused for a minute and let India have their turn in the spotlight for all the right reasons many younger athletes wouldn’t have pulled out because of fears for safety.

Australian swimmer Leisel Jones put it best with a healthy dose of optimism; “I think they’re going to put on a great show with great colours and awesome food”. Let’s give them the chance to do just that. So, I have you convinced to catch some of the Commonwealth Games this year but you’re not sure what to tune into? Here’s my top picks in no particular order:

Boxing: If it’s tough competition you’re after look no further than boxing; this is one event that is locked in for no one. It has long been the great equaliser where money can’t buy a decent right hook and less privileged nations can succeed. At Melbourne 2006, 19 nations won medals in boxing and once again there is no clear favourite. Damien Hooper is the Australian to watch. The indigenous teenager has a good story as well as a decent chance of claiming a medal. At 13 Hooper was running the streets, drinking and thieving, facing jail. Boxing-mad Hooper caught the eye of Senior Constable Chris Seng, a former boxing champion. In the five years since Seng began training the indigenous teenager in boxing, Hooper has gone from juvenile detention to the gold medal podium at the Youth Olympic Games. In a sea of decent boxers the now 18-year-old Hooper stands out as the middleweight to watch.

Shooting: It’s a confusing sport for the uninitiated and that alone will cause those who don’t know one end of a rifle (or is it a shotgun?) from the other to lose interest. It’s intimidating too, with a whooping 36 events that India are looking to dominate with a world-class team. Why watch? His name is Edwin Gouw and he’s shooting for Australia in the Men’s Air Rifle. Except it’s a stretch to call Gouw a man, he’s still only 15. Gouw moved to Australia at the age of five but currently is based in Singapore. Due to Singaporean law Gouw chose to represent Australia in shooting and has since surprised with outstanding results, including a third placing at the Australian Youth Olympics. Watching a 15-year-old compete alongside fully fledged men should be exciting enough but if he wins a medal he’s bound to be bona fide star in Australia.

Swimming: The super-human suits have gone and swimming is back to its roots in 2010. World records may not be broken but audiences will be able to believe the swimmer when they set off for gold instead of putting impressive performances down to what they’re wearing. Australia should dominate the gold medals which may make for unspectacular competition between nations. Luckily there are some exciting Australians to watch when they take to the pool starting October 4th.  Emily Seebohm is exactly the kind of swimmer Australia needs; she’s 18 and she’s very good. Seebohm won six medals at the recent Pan Pacs and will compete in eight events in Delhi. She’ll be hoping she can ease some of the sting associated with Stephanie Rice’s absence and show Australia she’s the new face to watch. On the other end of the scale is a face we’ve known for some time. Leisel Jones is looking to be the first Australian swimmer to compete in four Olympic Games come 2012 and the Commonwealth Games represent an important stepping stone in achieving that goal. The Olympic gold medalist brings with her years of experience and an enviable attitude. She still considers herself to be “sort of the fastest” and is unfazed by a younger generation of swimmers. She’s also focussed and optimistic, turning a blind ear to rumours surrounding the Games, “India’s going to be a great country and I think we’re going to have a really great time.” Indeed they should if her and Seebohm continue Australia’s dominance in the pool.

Sevens: The popular Sevens tournament, which runs over the 11th and 12th of October, may not be a huge gold medal hope for Australia but it’s bound to be exciting none the less. Australia won bronze back in 1998 but have struggled since. This year they’re coming in hot off a win at the London Sevens, which saw them do away with their English rivals. They also managed a third place finish at the IRB Sevens World Series and arguably haven’t looked this good in a long time. With Fiji unfortunately missing due to politics, Australia’s main rivals come down to England, Samoa, and New Zealand. Australia will play England in the pool stages but wouldn’t meet New Zealand until later. A match against their Trans-Tasman rivals and defending champions would surely be a highlight of the Games.

Netball: Trans-Tasman rivalries don’t get much more exciting than this. Sure, India are entering their first ever Commonwealth Games netball team and the sport is pushing to be included in the 2016 Olympics, but when push comes to shove it’s Australia vs. New Zealand that all netball fans will be hanging out for. The Diamonds have often had the edge over the New Zealand Silver Ferns and beat them 2-1 in a three test series earlier this year, but it was the Silver Ferns who snatched gold from under Australia’s nose in 2006 and they’ll be looking to spoil the party once more. Australia are desperate for revenge, their captain Sharelle McMahon confirming in Delhi that Australia haven’t forgotten the five-goal loss at the last Games, “Having the New Zealanders hold the Commonwealth title for the last four years has not sat well with us, certainly not well with me.” It should make for an enticing battle.

I love birthdays - almost as much as I adore natural Australian beauty products - which is why it brings me great pleasure...
© Onya Magazine 2009 - 2021
Back to top