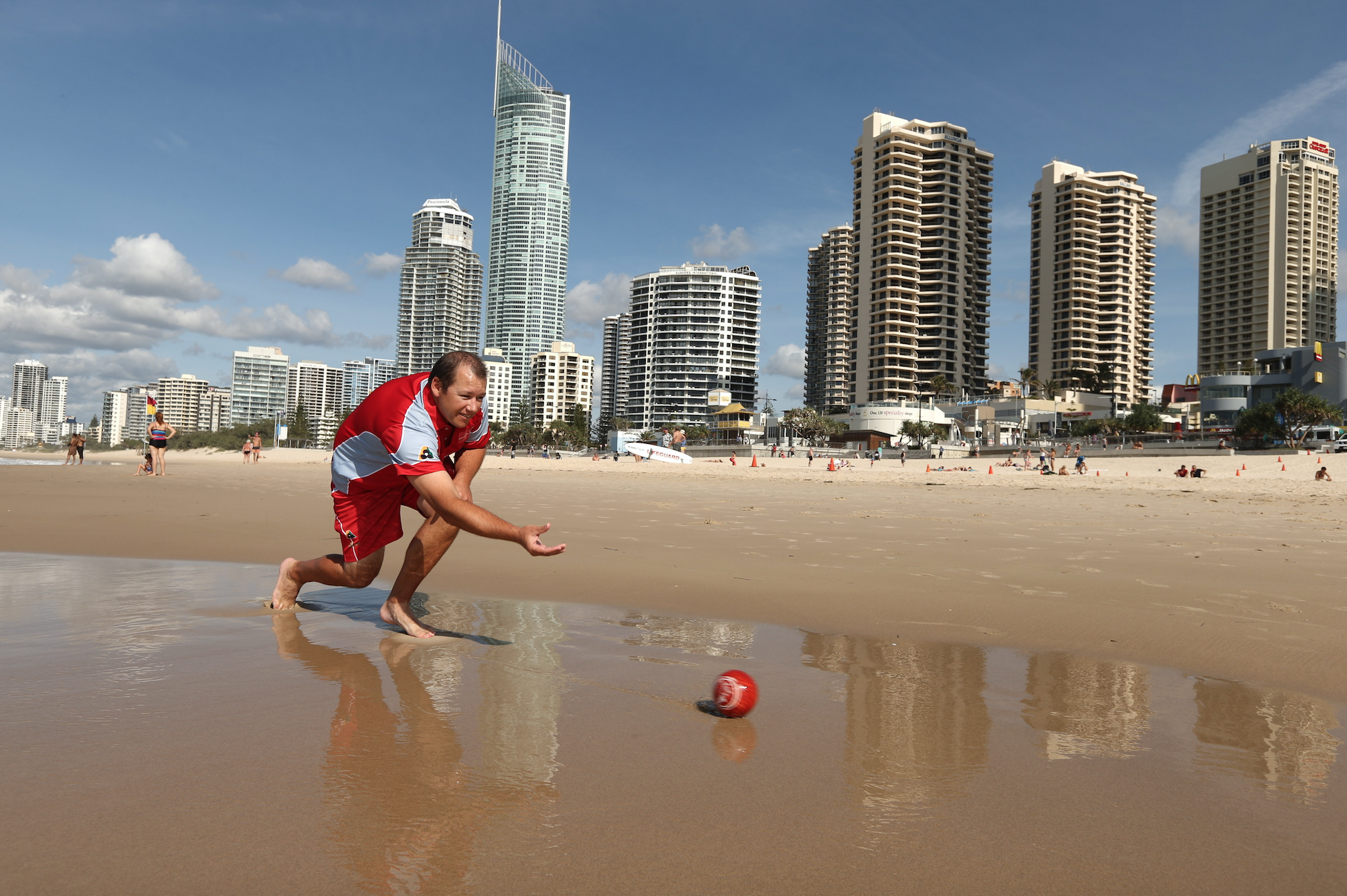 Holy crackerjack! In the countdown to the 2018 Commonwealth Games, Queensland’s sporting golden child and tourism mecca – the Gold Coast – has claimed the global mantle of the Holy Grail of lawn bowls.

“There are so many clubs, the climate is perfect and the facilities and greens are world-class – plus it’s a great, fun place to go. It’s got theme parks, restaurants, beaches… the list is endless.”

Holding the title as the first Australian to become world No. 1, he jokes it’s possibly about time the World Bowls Headquarters moved from the wet, cobbled laneways of Edinburgh, Scotland, to idyllic year-round playing conditions on the holiday strip.

A destination gearing up to host the 2020 World Bowls Championships, the 2018 Commonwealth Games and next month’s Australian Open (11-24 June), itself renowned as the biggest and richest bowls event on the planet. In short, the crème de la crème of international competitions in a sport that even British style bible, Vogue magazine, last year placed on its ‘It List’.

Bowls Australia president Nigel Smith agrees there’s no question the Gold Coast commands a unique position in the world. Hands down, he says it’s the only destination able to cater to thousands of competitors and spectators in the one location – a dream that became a reality after the Australian Open last year moved from Melbourne to the Gold Coast in a deal that runs until 2019.

In the past, the annual event involved a series of qualifying rounds in each state and territory. However, now, thanks to the Gold Coast’s unique capacity to host all 4,000 plus matches on 15 of its 23 bowls clubs – alongside the region’s stellar accommodation and visitor facilities – Nigel says the Australian Open has literally transformed into the greatest bowls spectacle on Earth.

“I have no hesitation in saying the Gold Coast really is the Holy Grail of lawn bowls, not just in Australia, but the world,” Nigel says. “It’s the only place that has more than 70 greens within a 45 minute-drive from Coolangatta to Paradise Point.

“It’s just a unique spot – why would you want to have a blue ribbon event anywhere else? And that’s the reason we have secured pretty much every major international event from now until 2020.”

The winning combination of top-notch facilities, climate and lifestyle has also lured a string of the world’s top players – from Scotland, Canada and New Zealand – to live and train on the Gold Coast, although still representing their home countries on the international circuit.

Canada’s Ryan Bester is one of them. Employed at Broadbeach Bowls Club as the bowls coordinator, the dual Commonwealth Games medallist (silver at Glasgow’s 2014 Games and bronze at Melbourne’s 2006 Games) is simply blown away by what the region has to offer, not least being its friendly, welcoming vibe.

“Obviously Australia is the best place in the world for bowls, not just because it’s a great sporting country but because the weather allows for the best surfaces in the world,” says Ryan, who ‘fell in love with Australia and stayed’ after competing in the 2006 Commonwealth Games. Today, he competes for Broadbeach in everything but international tournaments.

“The Gold Coast is the heart of bowls for the whole world – a lot of top bowlers from the UK and overseas move here because it’s so good. It’s an easy going lifestyle; everyone’s on vacation and laid back, which is what I enjoy.”

What’s more, Steve Glasson says there’s absolutely no doubt in his mind that the Gold Coast is also the best place for visitors and lawn bowls first-timers to learn.

First up, he says the region is home to a high concentration of the world’s top players (past and present), meaning ‘you never know who you’ll rub shoulders with on the green’. By way of example, Helensvale Bowls Club has more of the Australian Jackaroos squad among its members than any other club in Australia, including squad captain Lynsey Clarke, Mark Casey, Brett Wilkie and Nathan Rice.

Secondly, the Gold Coast’s bowling greens are second to none. Steve is something of an expert on this topic having undertaken a greenkeeping apprenticeship when he was a teenager.

“All of the clubs on the Gold Coast use the same fine-leaf, tropical Tifdwarf grass, which is by far the best surface to play on,” he says. “If you look at the world’s best golf tournaments and wonderful, slick greens, that’s basically what you’re getting offered.

“Other places you go might have undulations in the green or the texture of the grass is rough and that causes the bowl to deviate, which can really scramble you. So, the Gold Coast’s greens are possibly the world’s kindest to play on because they are nice and flat and nice and consistent.”

Finally, Steve says, it’s hard to beat the bowls club atmosphere and comradery, not to mention a schooner of beer at 1970s prices.

The Australian Open (11-24 June) is one of more than 116 events on Tourism and Events Queensland’s It’s Live! In Queensland calendar, showcasing Australia’s best live events staged in the best destinations (visit www.queensland.com/events to discover all the action).

Billed as the world’s biggest and richest lawn bowls event – drawing 2,000 participants and offering $225,000 prize money – the Australian Open this year includes 158 international competitors (85 from New Zealand; 32 from China; 21 from Malaysia; 9 from the United Kingdom; 3 from South Africa; and 2 from India). The youngest competitor is Kane Nelson, 13, from the Brisbane suburb of Belmont, while the oldest is Joan Wallis, 84, from Gold Coast’s Musgrave Hill. 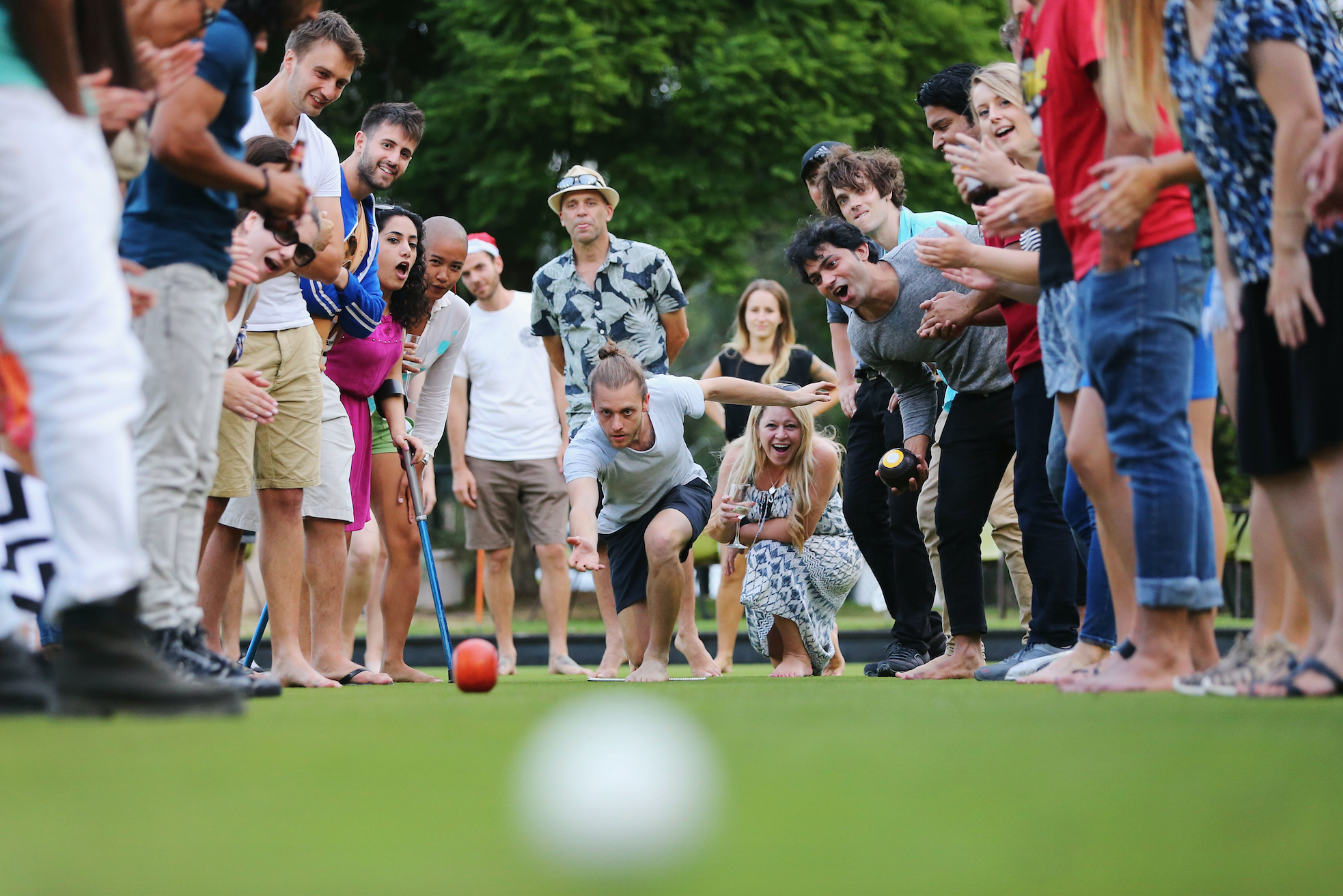 Can’t make it to the Australian Open? No fear. You can play social bowls year-round on the Gold Coast, with many clubs promising an opportunity to rub shoulders with the best of the best. In terms of participants, the coast ranks 13th out of Australia’s 65 bowls regions, boasting 5,171 playing members, 24,145 total bowls club members and 10,608 annual social players (including those drawn to the increasingly popular barefoot bowls).

Broadbeach Bowls and Community Club: the global epicentre of lawn bowls, staking its claim as the venue for the Gold Coast 2018 Commonwealth Games and, together with sister clubs, Helensvale and Musgrave Hill, the 2020 World Bowls Championships. This superstar club has recently undergone a $3.3 million facelift and is the Gold Coast’s only four green club. Also known for: a thriving social bowls program and fantastic location.

Club Helensvale: long-time heavyweight, boasting more Australian Jackaroos as members than any club in Australia, and named one of three venues to host the 2020 World Bowls Championships. Also known for: outstanding restaurant, bar and function facilities and an outdoor BBQ area.

Musgrave Hill Bowls Club: one of the three clubs selected to host the 2020 World Bowls Championships, located just north of Southport and Labrador. Also known for: two of its three greens include a shade cover and the club runs daily buffet catering.

Coolangatta Bowls & Recreation Club: one of the Gold Coast’s larger clubs, it has been home to some of Australia’s iconic players and former national stars including Kelvin Kerkow, Rob Parrella, Ian Schuback and Helen Bosisto. Also known for: on-site Chinese restaurant and a thriving social bowls program.

Club Benowa: small in size, but big on personality, it claims to be ‘the friendliest’ club on the Gold Coast. Also known for: a busy social calendar and legendary deck area.

Southport Bowls Club: the grand old dame of the Gold Coast, established in 1914. Also known for: a busy social calendar one of the most successful Jack Attack programs in Australia.

Tugun Bowls and Community Club: celebrating its 50th anniversary this year, this club is located under the northern approach to the Gold Coast Airport, with jets passing overhead if the wind is right! Also known for: pristine greens; the club’s greenkeeper is president of the state and national greenkeeper associations.

Mermaid Beach Bowls Club: don’t be put off by the fact it was founded on a swamp in 1963; ideally positioned close to the jaw-dropping retail mecca, Pacific Fair Shopping Centre. Also known for: a popular social bowls calendar and two floodlit greens.

Fellas, 5 Ways To Mix Up Your Sports Luxe Outfit 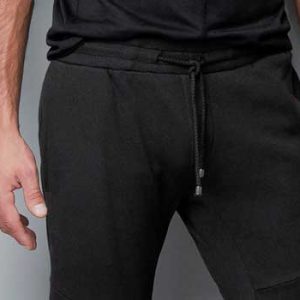 Fellas, 5 Ways To Mix Up Your Sports Luxe Outfit

The new sports luxe trend is taking runways by storm and has become an increasingly popular trend in menswear today....
© Onya Magazine 2009 - 2020
Back to top