Muscles: The Story of Ken Rosewall 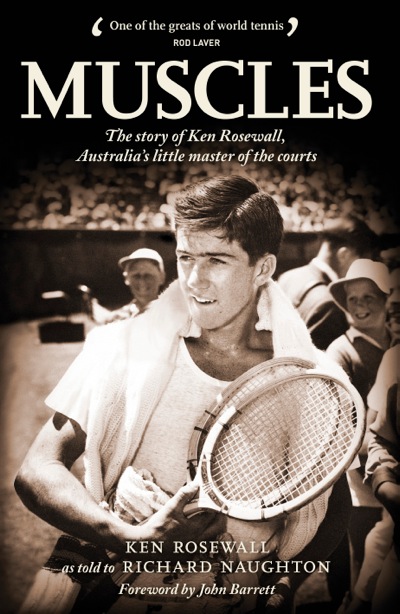 I’m the first to admit my tennis history is pretty average. It’s heavily limited to stories my dad has told me – and some grainy highlights of matches – from a black and white era. I would like to know more about the history of the sport I love but reading the entire Wikipedia entry on ‘tennis‘ isn’t particularly appealing. However, when books like Muscles: The story of Ken Rosewall, Australia’s little master of the courts, appear in my mailbox, I throw myself into them, eager to learn everything they offer. I dove into this pretty hardback thinking I was going to come out an expert in all things Rosewall, but in fact what really stuck with me was the story of the transition from amateur to open tennis.

Richard Naughton starts this book off slowly; it’s obvious there’s going to be no confessions about drug use or Brooke Shields when it comes to Rosewall. As a result, the first half can seem a little tedious and I felt inundated with scores of matches from 50 years past. It’s probably a great nostalgia hit for those who grew up watching Rosewall, but the book doesn’t really kick off until the second half.

Once Naughton starts to write about the politics of open tennis, Muscles (Rosewall was so-called because he had none) becomes captivating. Rosewall was an influential player who lived through the amateur/pro and open tennis eras. The struggles he encountered from the men hell-bent on denying open tennis to the 1973 Wimbledon strike are all detailed marvelously. At this time names familiar to even the most uneducated of us start to appear, and while Rosewall’s matches against Rod Laver sounded mouth-watering, it was just as interesting to learn how he was crushed by Jimmy Connors, a man 18 years his junior.

Naughton brings Muscles home with a chapter written by Rosewall himself. Rosewall reflects on his career, family and the state of modern tennis beautifully in just a few pages.

Muscles makes the perfect gift for the older tennis fan in the family or for those, like me, who wish to learn more about the history of the game. This is more than a book about the 5’7 player with a delightful backhand. It’s a concise history detailing how the modern game we love came about.

Muscles can be bought from the Slattery Media Group here.

Sydney Dance Company's 2 One Another 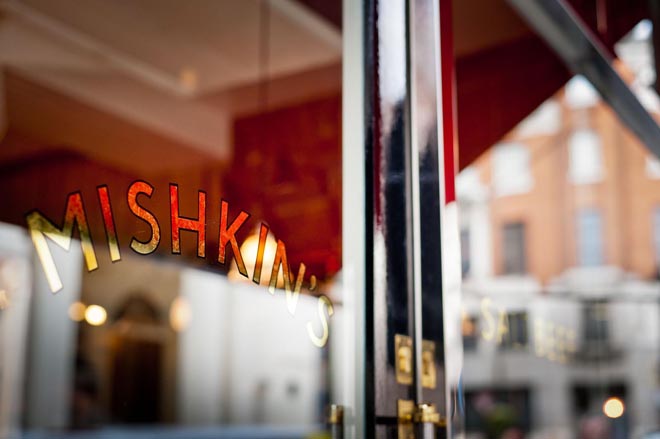 It has been the festive season in London. A few birthday celebrations and weekends out with best friends visiting London...
© Onya Magazine 2009 - 2020
Back to top