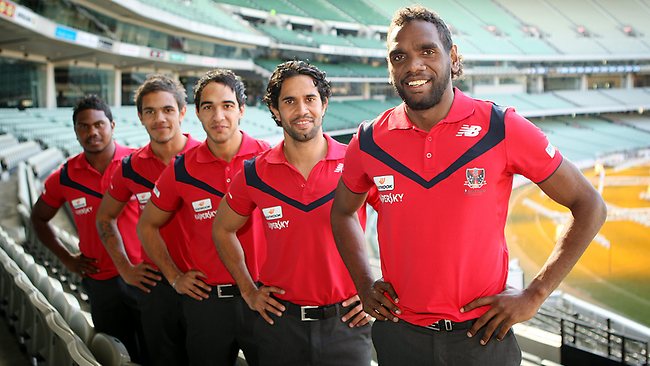 The recent event which saw AFL player Liam Jungarai Jurrah charged following a fight in a town camp in Alice Springs raises a number of questions. How did a young and talented AFL player get entangled in such an incident? Why did the fight break out in the first place? What can be learnt from this? What can we all do to better understand Jurrah’s circumstances, and support Indigenous AFL players in the future?

Whether or not the allegations against Jurrah are proven to be true, in order to answer these questions, it is important to know more about Jurrah’s cultural context and obligations, and the challenges he faced when he moved away from his remote Aboriginal community to play AFL.

Jurrah is an elder of the Warlpiri people, who live in Yuendumu, a community about 300km northwest of Alice Springs. The Warlpiri population is approximately 1000 people in size, and represents one of the largest language groups in the Northern Territory.

Indigenous Australians are bound by a complex system of ‘traditional law’ which predates the current legal system in Australia. There are no formal courts under traditional law. Instead, problems are handled by elders. Elders are respected members of the Aboriginal community who are recognised custodians of traditional law, but also, as is the case with Jurrah, are great role models who instil optimism and inspire others to excel.

Jurrah is the first player from a remote central Australian community to play in the AFL. Although he physically moved from Yuendumu to play AFL, his obligations to the Warlpiri people, his traditional links to the land and his sense of kinship was unmovable.

The transition away from a life in a remote Aboriginal community is not an easy one. However, that’s not to say that it is impossible. Martin Flanagan, a senior journalist for The Age, writes:

‘In my experience, when there are rising tensions between different groups, whether they be racial or religious, there is really only one remedy. Engagement.’

Liam Jurrah, and other Indigenous AFL players who move away from home to play AFL, need additional support.

Indigenous Academies offer facilities to Indigenous students which are designed to encourage school attendance, completion of Year 12 and participation in sport. They also aim to equip Indigenous youth, including those from remote communities, with the skills to make it in the AFL.

The AFL currently has five Indigenous Academies, located in Queensland, New South Wales and Victoria. Each academy has its own unique program to respond to local needs.

A $15 million Indigenous Academy, to be called the Michael Long Academy, is anticipated to open in Darwin next year. Academy students, who will be accommodated on site, will be engaged in education and mentoring, and will be encouraged to take up leadership roles within their communities.

The AFL Commission is the official governing body of the AFL and has responsibility for administration of the AFL competition, setting policy and direction, as well as business and financial operations. Basically, it is the ‘keeper of the code’.

The AFL Commission administers a number of programs designed to engage communities, develop partnerships, provide leadership and celebrate diversity. Programs include the Indigenous Academies, as well as the Indigenous Flying Boomerangs Leadership Program, which selects Indigenous players to tour and compete with developing international countries, to provide players with exposure to an elite training environment.

The AFL Commission is comprised of eight members who are elected by the 16 AFL clubs. At present, the AFL Commission does not have Indigenous representation. Former Essendon director and longstanding AFL board member, Beverly Knight, believes Michael Long would be an invaluable and overdue addition to the AFL Commission.

AFL community engagement officer Jason Mifsud’s recent allegations against Adelaide Recruiter Matt Rendell, in which he claims Rendell would be reluctant to draft an Indigenous AFL player unless he had ‘one white parent’, is evidence of the lack of understanding and awareness that still exists within the AFL. So, too, are the recent comments from Ben Polis, chief executive and co-owner of EnergyWatch, a major sponsor for the Melbourne Football Club.

It is disappointing to hear and read about such comments in the public arena. However, it would be unfair to focus too heavily on the isolated remarks of Rendell and Polis and therefore conclude that the AFL is unjustly discriminating against Indigenous players.

It is equally as unfair to focus too heavily on Mifsud’s claims against Melbourne coach Mark Neeld. Despite Mifsud publicly acknowledging his error, and tendering his resignation, which the league did not accept, controversial AFL identity Sam Newman has called for Mifsud to resign immediately, stating that the league was simply acting ‘politicly correct’.

The current controversy surrounding the AFL should be harnessed to raise the profile of Indigenous affairs in the AFL, and inform the public of the challenges still facing Indigenous Australians. AFL clubs (and AFL culture) need to continue to work towards ensuring a culturally competent and safe future for Indigenous players. In the words of one member of the Commission, AFL Chief Executive Officer Andrew Demetriou:

‘It is critical our game responds to, and reflects Australia’s changing demographics. Australian football has the extraordinary power to bring people together regardless of their background and we respect this position enormously.’ 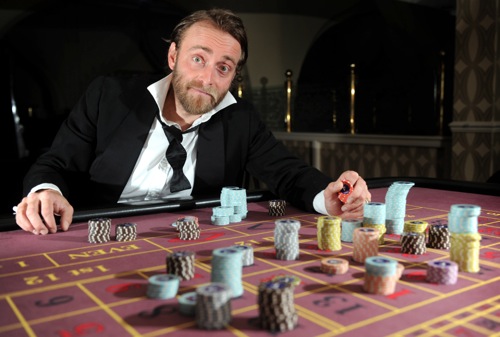 Welcome to Melbourne, Tim. How does it feel to be performing at the Melbourne International Comedy Festival? Hard...
© Onya Magazine 2009 - 2020
Back to top