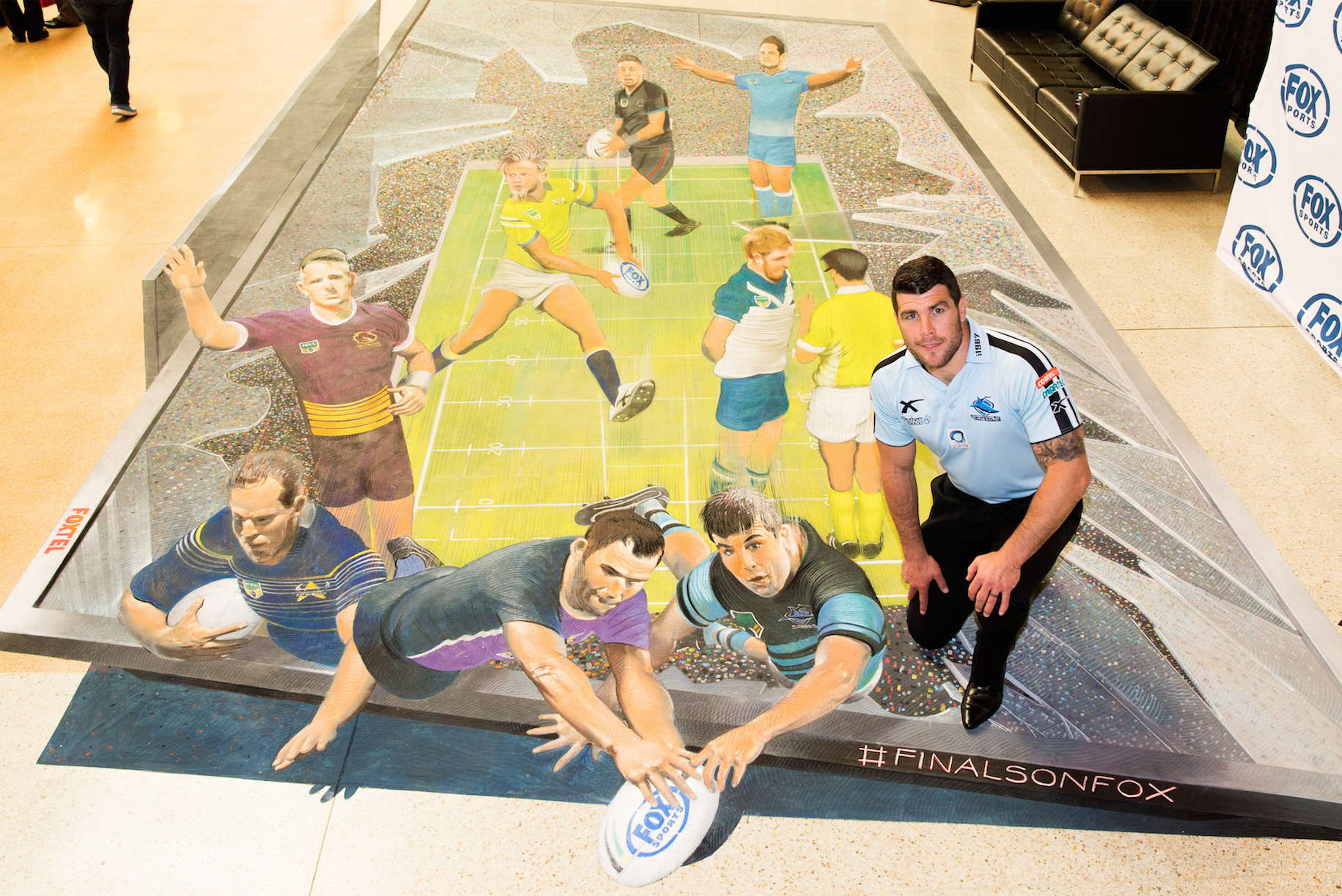 For the first time, FOX SPORTS will broadcast every Finals match across September LIVE, with no ad breaks during play and in HIGH DEFINITION on a dedicated 24/7 Finals Pop Up Channel.

To mark the occasion, a specially commissioned piece of 3D Pop Up perspective artwork measuring 10 metres long and featuring all eight clubs competing in the Finals was revealed yesterday morning at the launch.

Created by renowned Sydney artist Anton Pulvirenti, the artwork showcases some of the most memorable moments from 2016, fronted by a collection of players who were inspirational in guiding their club to the Finals.

As FOX SPORTS takes fans closer to the NRL action than ever before  – with live, ad break free during play and HD action across September – the players can be seen smashing through the TV from the playing field right into viewers’ lounge rooms.

After leading his club to the Minor Premiership, Storm Captain Cameron Smith fronts the painting facing off with arch rival, Mick Ennis, gunning to deliver the Sharks their first Premiership before the curtain closes on his illustrious career.

Michael Morgan can be seen next as he charges over the line driving his Cowboys toward back-to-back titles, while fellow Queenslander and outgoing Broncos captain, Corey Parker, bids farewell to fans of the club where he made his debut 16 years ago.

Player interaction with the refs was one of the biggest talking points of 2016, and Bulldogs hardman James Graham was at the heart of this discussion. The fiery forward can be seen with his hands behind his back as he converses with referee Grant Atkins in the Bulldogs-Tigers Round 10 match this year.

After finishing second on the ladder, the Raiders have proved the surprise package of the year, and Blake Austin, who faces a desperate race against the clock to return from injury, was pivotal in the club’s turnaround year.

After two season-ending injuries, rising star Bryce Cartwright, has been inspirational in leading the Panthers to their 10th Finals campaign in his breakout season.

Possibly the biggest story of 2016 was the return of Jarryd Hayne to the NRL and signing with the Gold Coast Titans. He is featured in the art celebrating his match-winning field goal against the Tigers in Round 23 to help secure the Titans first Finals appearance in six years.

Commenting from the launch, FOX SPORTS commentator Johns said: “It’s been an incredible year of football and we’ve witnessed so many great moments – some of which are captured here today. It’s sure to be a sensational Finals series on and off the field, with FOX SPORTS gearing up to deliver every match live, ad break dree during play and in HD across September for the first time.” 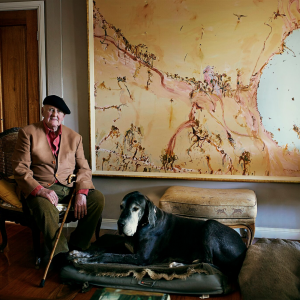 Arguably Australia’s greatest living artist, John Olsen will be celebrated in the most comprehensive survey exhibition...
© Onya Magazine 2009 - 2020
Back to top