An Australian Open ground pass may be great value at $29, but unless you know your ATP 250s as well as your Grand Slams, you run the risk of being stuck watching two grinders slug it out on the baseline around court 17. For some truly unique tennis, try and catch some of the players below. They’re anything but standard.

Tired of topspin? Check out Alexandr Dolgopolov. This 23 year old Ukrainian is bringing slice back. Armed with professional tennis’ smallest ball toss, ‘Dolgo’ appears determined to stay as far from conventional as possible. The world number 15 isn’t afraid of drop shots, forehand slices, or smacking backhands up the line, and the combination earned him his first title in 2011. He’s been given the nickname Crazy, but his brand of tennis got him to the final of the Brisbane International this month and he’s considered a true dark horse for this year’s Open. 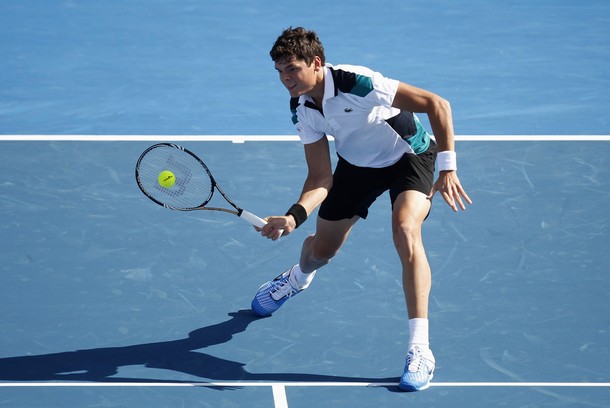 Long for the days of serve and volley? Check out Milos Raonic. Milos aced his way through to the fourth round of last year’s Australian Open and has captured two ATP titles since. Raonic has modelled his game around his hero, the serve and volleying Pete Sampras, and at 6‘5, he’s more than capable of replicating Pistol Pete’s booming serves. Whilst most young players only come to the net to shake hands, Raonic isn’t afraid of finishing points with a volley. He’s a player your dad will appreciate, and at only 21 years old, he’s the future of tennis.

Want to see a Grand Slam champion? Check out Juan Martin del Potro. ‘Delpo’ has already experienced the extreme highs and lows of professional tennis in his short career. By the age of 23, del Potro has captured a Grand Slam, soared to a world ranking of number 4, and then seen it all come crashing down due to a devastating wrist injury. After beating Roger Federer over five sets in the 2009 US Open final, del Potro found himself unable to compete for almost a year. In 2011 he mounted a comeback, and comes into the Australian Open this year at number 11. His hammer-like forehand remains one of the most deadly in the men’s game and the Argentine is one of few players capable of challenging the top four. If he remains healthy, del Potro won’t be found on the outside courts for much longer. 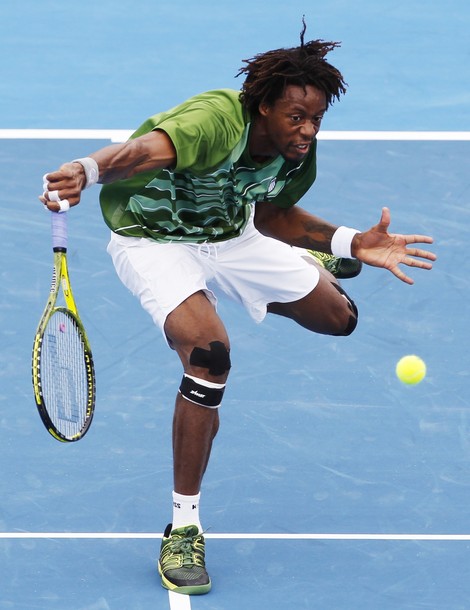 Not sure you really like tennis? Check out Gael Monfils. If you think a bagel is something you eat, and you can’t really be bothered learning the scoring system, perhaps the Monfils brand of tennis is more suited to you. Monfils employs dive rolls and acrobatic jumps in his quest to win a tennis match, and always gets the crowd cheering. He’s been accused of immaturity, stupidity, and has even been called an idiot. Journalists often write that if only the Frenchman calmed down, he could solidify himself a top 10 position. However, Monfils shows no signs of stopping his showman tactics. For the Melbourne Park crowd, this can only be good news. 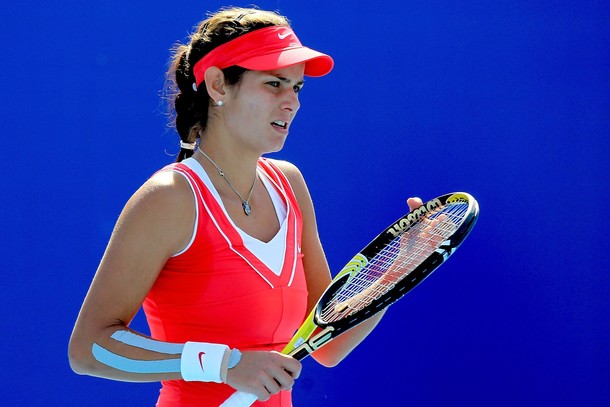 Keen to see a true up-and-comer? Check out Julia Goerges. The German beauty made waves in 2011 when she broke into the top 20 and beat world number one Caroline Wozniacki in the Madrid final. Goerges brings an aggressive game to the court which has seen her go from strength to strength, and many believe she is capable of winning a Grand Slam title. The 23 year old battled a virus at the start of 2012 but is expected to be fit for the Australian Open. Cheer her on loudly, but don’t call her Julia Gorgeous. She takes her tennis too seriously to appreciate that nickname.

Doubt girls can serve? Check out Sabine Lisicki. Wimbledon found their very own fairytale in 2011 when Lisicki overcame the odds to make the semi-finals. Much like del Potro, Lisicki’s career was put on hold after an ankle injury in 2010. Her ranking was so low she needed a wildcard into Wimbledon, but it didn’t dent her confidence as she served her way through the tournament and became only the second wildcard in history to make the semis. Whilst many on the WTA struggle with serving, Lisicki admits she finds it easy and poses a real threat to Venus Williams’ fastest serve record. A carefree kind of woman, Lisicki describes herself as happy and as someone who laughs a lot, which makes her a crowd favourite.

Bored of bread and butter tennis? Check out Marion Bartoli. Much like Dologpolov, ‘Maid Marion’ employs a brand of crazy tennis that keeps her opponents guessing. She may not use the slice and dice the Ukranian does, but she matches him in the unorthodox stakes with a strange service action and a double-handed forehand. The bouncing Frenchwoman is no newcomer to the tour; she made the final of Wimbledon in 2007 and has amassed seven WTA titles. She found success at her home Grand Slam, the French Open, last year, and will be hoping to go deep in Melbourne. At number nine in the world, Bartoli has certainly made a name for herself with her mad brand of tennis.

Sick of hard-hitting aggressors? Check out Jelena Jankovic. ‘JJ’ counter-punched her way to world number one in 2008, but still covets that elusive Grand Slam title. The dramatic Serbian bases her game around movement, fitness, and a beautiful backhand, and provides an alternative to the heavy hitting and flat ground strokes that populate Melbourne Park.
She’s no stranger to controversy, and is known as one of the more vocal women on tour. With any luck, a spectator might catch her out manoeuvre an opponent both on and off the court with a mouth as quick as her footwork.

The Australian Open runs from the 16th-29th January. These players are more likely to be seen early on in the first week. Check the order of play on australianopen.com the night before you attend. Tickets start from $29. 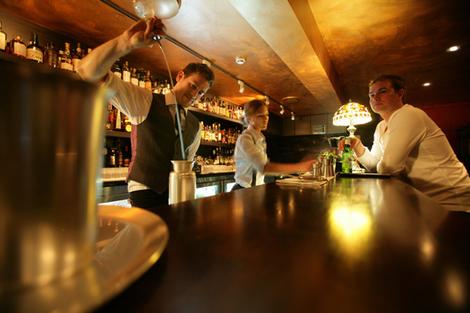 When seeking a bar destination in Sydney, it's not often that you have to go off the beaten track - for there are a myriad...
© Onya Magazine 2009 - 2020
Back to top