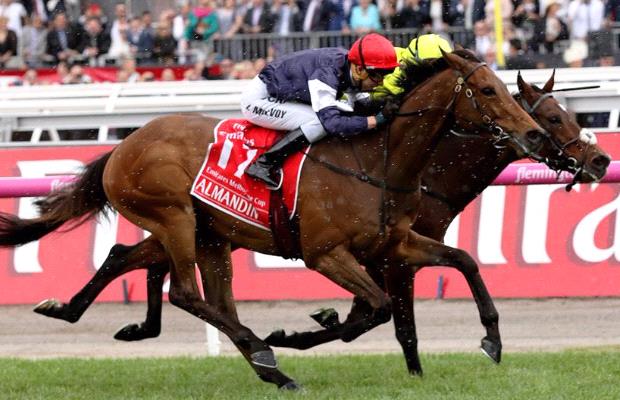 With the eyes of the nation glued to events at Flemington Racecourse on Tuesday, Lloyd Williams won a record fifth Melbourne Cup, with the well backed Almandin coming home in first place, ahead of Heartbreak City in the 156th version of the iconic race. The duo battled it out down the home straight, with jockey Kerrin McEvoy steering the seven-year-old to victory for trainer Robert Hickmott. Having been among the favourites in the horse racing odds beforehand, Almandin certainly did not disappoint the thousands of punters who had backed him, with a crowd of over 100,000 at Flemington to see the momentous occasion.

Famously known as the ‘race that stops a nation’ McEvoy claimed his second such success having won with Brew back in 2000, with both Almandin and Heartbreak City pulling well clear of the rest of the field, with the much fancied Hartnell and Jameka unable to cope with the relentless pace in Melbourne. Despite winning the Caulfield Cup previously, the Ciaron Maher trained Jameka was visabely struggling with fatigue, eventually finishing in 15th position. Almandin was one of the favourites with in the horse racing odds with bookmakers Coral pre-race, and following the former Germany based horses win, it remains to be seen what will be coming up for him next, however he has already been installed as the early favourite for consecutive victories at Coral’s website, with horse racing odds of 17/1.

Elsewhere, and having been one of Coral’s tips for glory at Flemington, trainers Lee and Anthony Freedman will have been slightly disappointed with the run from Exospheric, with the five-year-old eventually coming home in eighth position. However, having won the Golden Rose stakes at Rosehill last year, as well as demonstrating his undoubted credentials elsewhere in his early career, Exospheric could well be a name to look out for in the horse racing odds for the Melbourne Cup in the coming years.

With Irish, French and German horses having successfully brought the Melbourne Cup to Europe through successes in the past, with Vintage Crop becoming the first back in 1994, a British winner of the famous crown is still missing. Big Orange was the big prospect for trainer Michael Bell on Tuesday, however a 10th place finish suggests that he is still some way off. A total of five British-based horses have achieved runner-up spots at the Melbourne Cup, however it remains to be seen how long UK fans will have to wait for a homegrown winner. 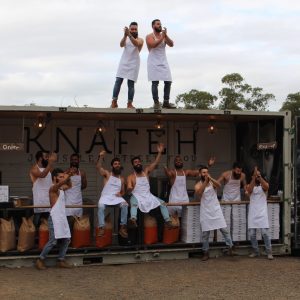 This November a brand new food festival is hitting Western Sydney, with laidback, country fun for the whole family. Proudly...
© Onya Magazine 2009 - 2020
Back to top