It’s official, despite the mass popularity of the 50 Shades of Grey franchise, it turns out Aussies are not into ‘red room’ sex after all. In fact, we’re actually huge romantics.

Leading manufacturer of app-controlled sex toys, We-Vibe, has conducted a national survey into our sex habits and the results are in. The latest data revealed Aussies dub missionary as their top-rated sex position, with more than half of us spending the most amount of time between the sheets in this position.

But why missionary? As it turns out, we’re a sucker for the love-story sex with a high dose of intimacy and romance. Despite missionary’s reputation for being quite basic or unexciting, reasons we love missionary-style partnered sex include that it’s intimate, comfortable, and allows partners to be face-to-face.

So while it’s clear us Aussies have a preference for intimacy in sex over dominant/submissive fantasies, We-Vibe ambassador, sex educator and intimacy coach Georgia Grace said it’s important to remember that intimacy can be found in many sexual experiences and doesn’t always look like rose petals and eye gazing, noting it can feel deeply intimate to be dominant/submissive or be bossy in the bedroom.

“What this research suggests is that as human beings, the best kind of sex is connected sex. If this means missionary hits your pleasure points and allows you to see their face, then go for it! Missionary is an exceptional position, and is loved by many. So often we put hard and fast kinky sex on top of the hierarchy of ‘really good sex’, but as this research suggests, this may not be what people actually want. Good sex is feeling connected to the person/people you’re having sex with,” Grace said.

So, instead of feeling like we’re missing out if our sex lives doesn’t reflect hot and steamy Hollywood scenes, perhaps consider that vanilla sex could actually be the ultimate, romantic cup of tea.

10 Safe Hobbies For Children On The Spectrum 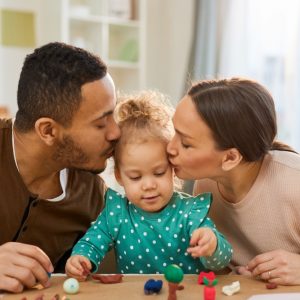 10 Safe Hobbies For Children On The Spectrum

Image Source: Envato Elements For individuals with autism, a hobby can give them a safe place to unwind from the day,...
© Onya Magazine 2009 - 2020
Back to top