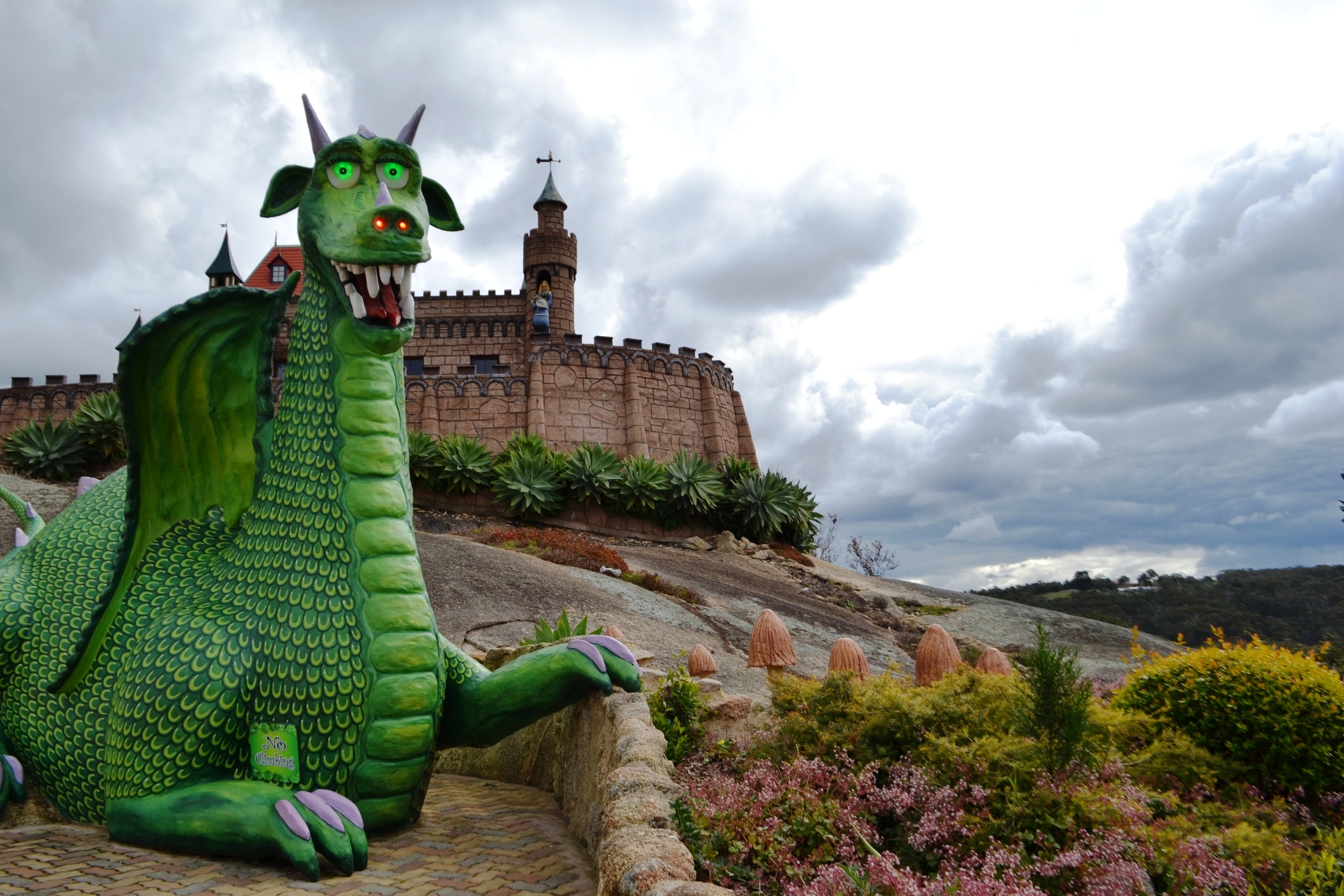 As this column comes to an end, it seems fitting to strive for the big surprises hidden deep in Victoria. And if said surprises are matched with equally entertaining town names then so be it.

Anakie, a town around 25 minutes north of Geelong and a fun one and a half hour drive from Melbourne, is home to an extraordinary mixture of history, entertainment, dining and nature…and it has a funny name which reminds me of Vivian from The Young Ones.

Anakie snuggles up into the captivating bosom of Brisbane Ranges National Park – a piece of paradise little known by many Melbournians, and a place which presents such tranquillity it’s almost deafening. City ears just aren’t made for the purity of silence.

Walking the Anakie Gorge is something that must be done. Vibrant blues and reds flash across the sky as rosellas dip and dive in front of cars heading towards the gorge parking lot. Once safely parked the gorge is a three kilometre round trip, and although it’s bone dry the glorious chasms that are sliced into the earth makes this spectacular scene worth the hour’s walk. 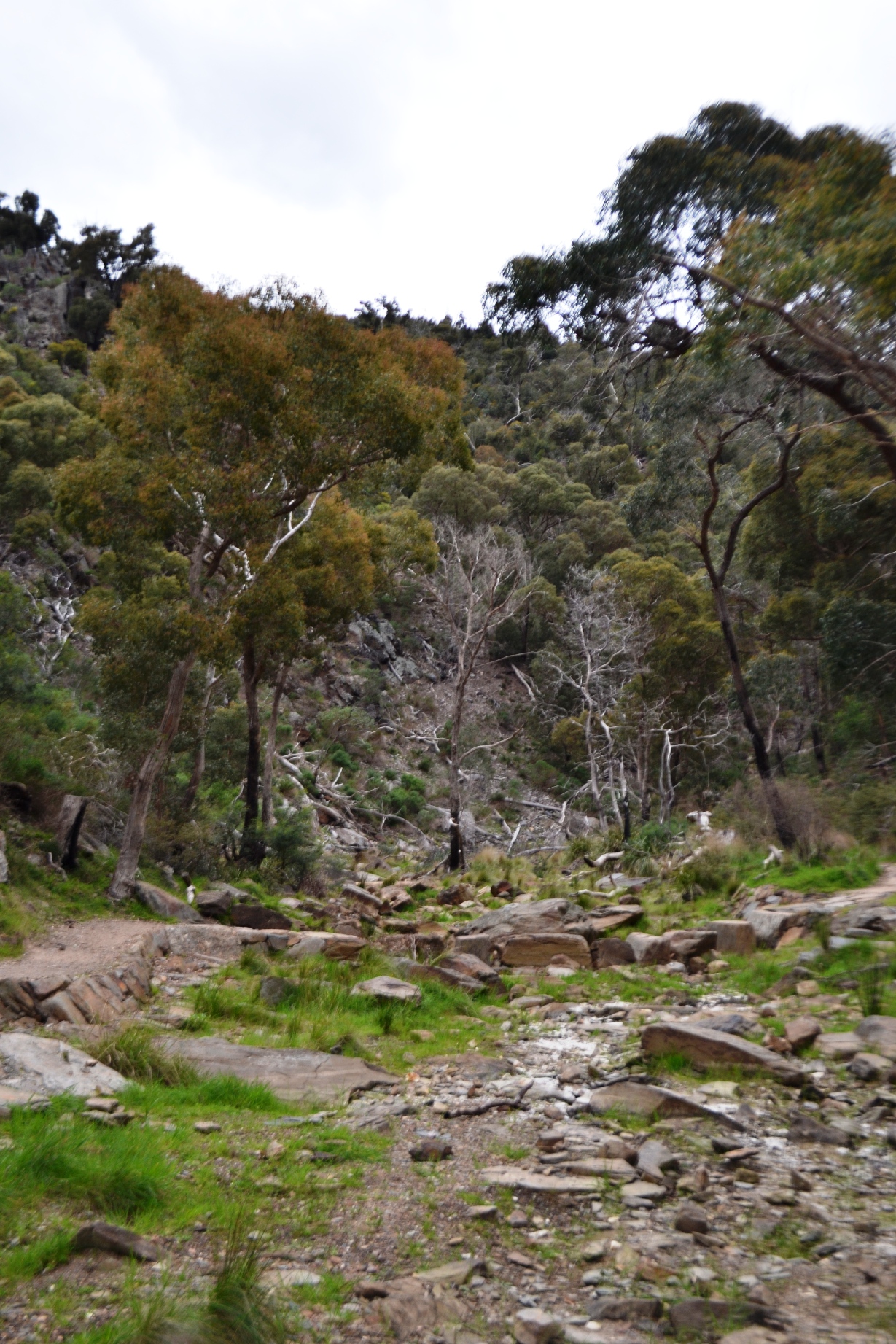 Think Dreamworld built in the innocence of the 1950s (less the bobby socks).

An enormous castle enchants the sprawling, plastic village below which houses little Myer Christmas window-style shows depicting the world’s best known fairy tales. Cinderella, Puss in Boots, Aladdin – they’re all here and are hilariously animated so that they’re brilliantly entertaining to anyone under five and slightly creepy to anyone over 20. Those between these ages are generally just confused as to why they’re there at all.

Built in 1956, this is Australia’s first theme park, and a slice of retro history that we can all enjoy with our kids, our friend’s kids or complete stranger’s kids who may be around at the right place and the right time. It’s not often history and hilarity combines in such a unique way, and it seems a shame not to share it. Plus there are some magnificent BBQ areas, so if you’re looking for a great kiddie birthday party place or a location for a wedding no one will want to attend then this is the place. 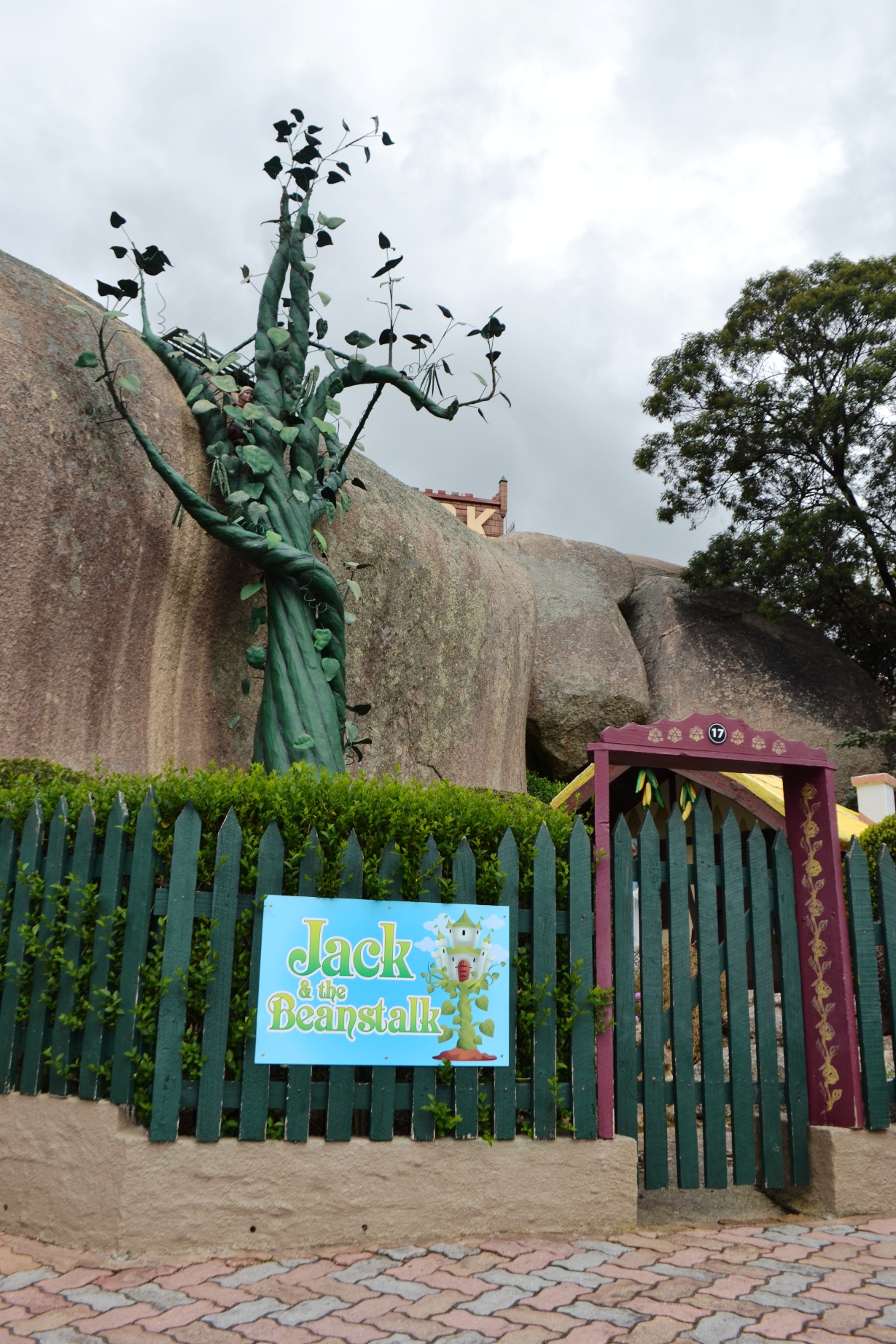 With all its dagginess aside, Fairy Park is a place that deserves respect and appreciation, if not for the work that must’ve gone into it 60 years ago when no other theme park was around, then defo for the unflappable courage it takes to continue to run it in an age when kiddies are more interested in computer games than traditional fairy tales.

For parents brave enough to drag themselves through the park dutifully monitoring their kids to ensure they don’t climb and subsequently tumble from Puff the Magic Dragon, Anakie offers up a handful of beautiful cellar doors to help take the edge off. They’re all worthy in their own unique way, but for a wonderfully unique lunch and wine tasting drive up a narrow, dusty road through vines to Del Rios winery and Spanish restaurant. The vineyard’s resident sheep and llama casually graze between the vines while Buddy the black staffy snoozes contently on the balcony of the cellar door entrance.

‘We got the llamas to protect the sheep,’ says the cellar door attendant, her thick German accent making every word sound far more enchanting than it usually would. ‘When the foxes come out they rally around the sheep to protect them’.

Wait, what? Llamas PROTECT sheep? WHAT?

‘Yah it’s true! They are very protective and aggressive to the foxes’.

Well, I never. I travel all the way to Anakie to learn about llamas. Fancy that.

Take a load off and settle into the Del Rios restaurant for lunch. Order a Pinot and a Spanish paella and watch the world go by. Then head home, but don’t forget about Anakie – it’s waiting for all of us to experience it. 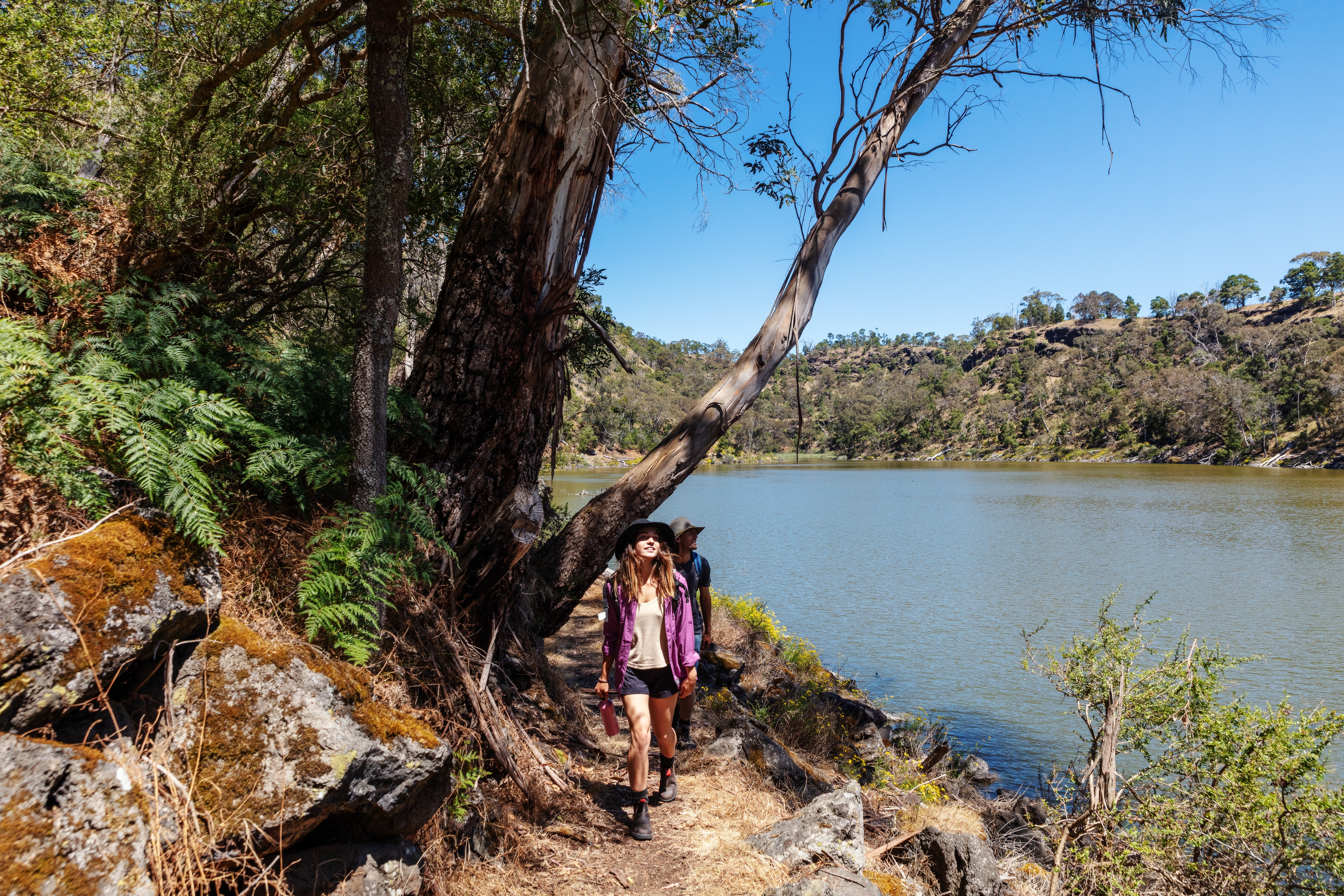 Top Places Around Victoria To Escape The Summer Crowds 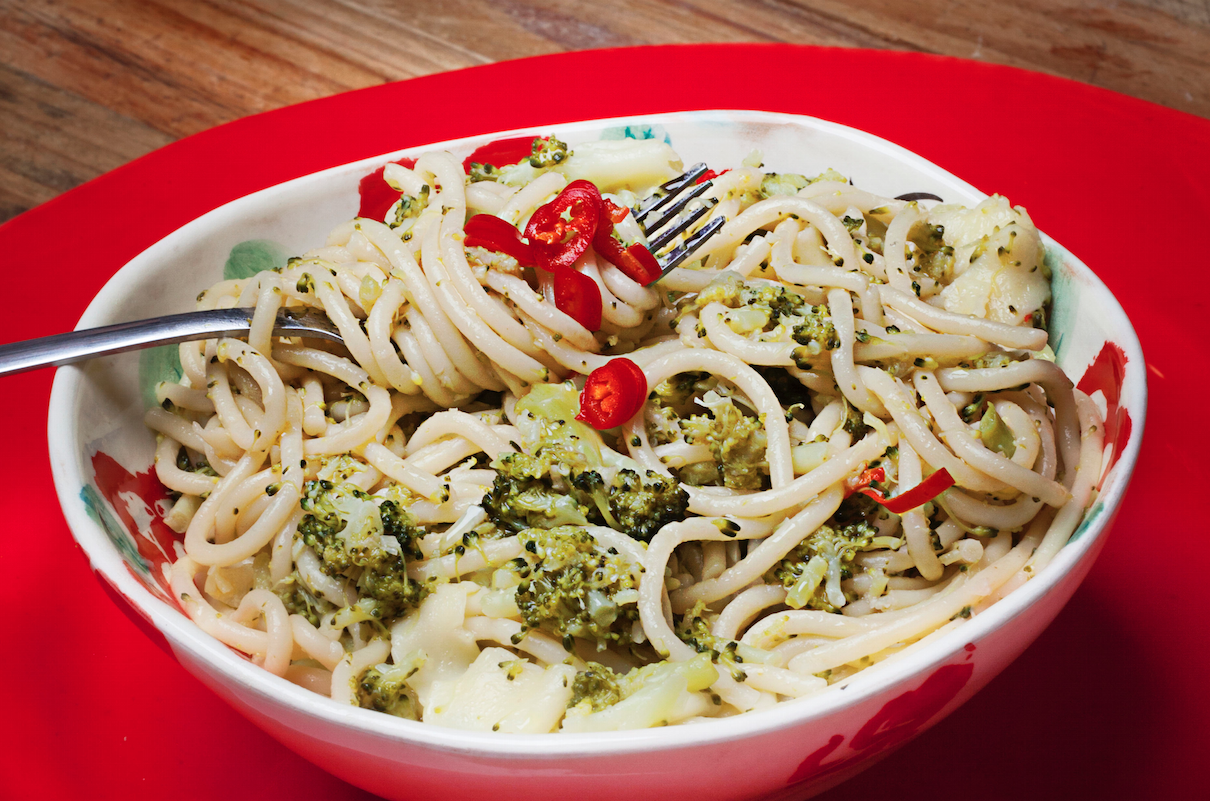 In this three part series, we share recipes from Tanya Bartolini’s new book, Blending The Cultures. Get your tastebuds...
© Onya Magazine 2009 - 2021
Back to top