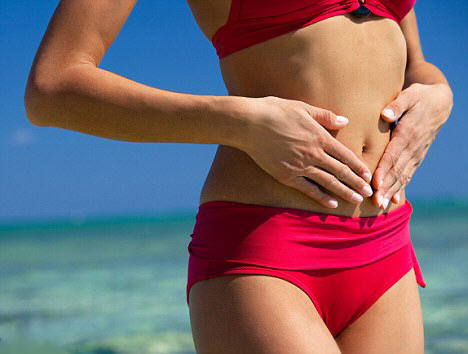 Let me start by saying I am not a doctor. Or any kind of health professional. I’ve never done any kind of short course. I’m not even a mother – cause you know they are almost qualified. I’m just like you when it comes to the ways of the human body. Naïve and usually not giving it the respect it deserves.

A common catchcry of the beautiful people (or at least the well looked after ones) is that the body is a temple, and should be treated as such. Most of us treat our bodies like nightclubs, putting all kinds of nasties in and expecting that our ‘temple’ will continue to function the way it always does. We take it for granted far too often.

But then we will get sick, or lethargic, or find that things just don’t work the way they are meant to and only then do we take action to do something about it, promising to treat ourselves better.

While I don’t disagree with the better late than never philosophy, why do we let it get to that point? Why are we on death’s door before we vow to live life to the fullest – why do we have to get to 100kg before swearing off junk food forever?

This is a story about me, and my health. Some of it might be a little ‘ick’, so if you are that way inclined, perhaps take the above advice and head over to the fashion section of the website now. Fashion is after all what started this for me, at least in the past week.

When I was growing up, I had a wonderful childhood. A love of lollies and birthday parties, a dislike of pumpkin and brussel sprouts. Normal. As a teenager, I felt bloated and unwell a fair bit but not knowing any different, I assumed this is how everyone felt and pushed through. At 19, I was diagnosed with Coeliac disease and suddenly feeling unwell was a thing of the past. I was cured!

Or so I thought. For the next two years I felt great on a gluten free diet. I stuck to it like glue, with one exception about six months in when I desperately wanted KFC with my friends and went the whole burger chips combo, resulting in spending half the night in the bathroom. I was definitely done with gluten.

About age 23, feeling sick became prominent again. Fructose was a possible cause and although the doctors couldn’t say that it definitely was the reason, I felt better without it and decided to also avoid certain fruits. And again, I felt better.

But the last four years haven’t exactly been smooth sailing. I still feel unwell about half the time and while medically diagnosed as Irritable Bowel Syndrome (IBS), I find this is more of a get out of jail free card for doctors who just don’t know what’s wrong.

In saying all this, I have to confess I don’t treat my body like a temple either. I still love my lollies; chocolate more so; and the curse of living alone is my ticket to microwave dinners and processed foods by the truckload. I eat out a lot, probably drink too much and generally enjoy food. Which clearly doesn’t agree with me.

Which brings me to fashion. Fashion week in particular. Seven days of early mornings, no exercise, meals on the run, canapés, champagne, dinner at 9pm and very little sleep. A recipe for disaster – at least for me.

Fashion week ended for me on Saturday, which was probably when I thought there was a problem but decided to ignore it because I had a girls’ weekend to go to and I wanted to enjoy it. Lollies, chocolate, popcorn, chips, dip and champagne followed. 24 hours of pretending we were 16 and without a care of weight or wellbeing in the world.

Come Monday, I knew I was in trouble. A week of bad dieting and the bloating began – so much so I looked pregnant – and a dash to the chemist was made for an over the counter fixer-upper. Tuesday didn’t improve.

It is then that I began to realise how much ‘IBS’ doesn’t only effect my bowels, but also my mood, sleep, general demeanour and ability to function in the world. I’d go to work but I wasn’t focussed on my job. I cancelled events I was really looking forward to because I was so uncomfortable. I spent $68 seeing a doctor and $23 on over the counter quick fix meds. But none of this made me feel better. I just wanted to cry.

By Wednesday I was at my wit’s end. The doctor had said to keep up the fibre, the exercise, plenty of water and the meds – ‘it will happen!’ she said, but by this point the anxiety started to get to me and it was consuming my every thought. Not to mention I was working my way through my ‘maternity’ wardrobe, wondering if I would ever wear a waistbelt again.

Desperate times call for desperate measures and I was feeling desperate. With days of functions ahead of me, a houseguest and a looming work deadline, I couldn’t afford to be stuck in a bathroom when my body did finally decide it was ready (or forced to be).

A quick Google search and a phone call and I was booked in for a colonic irrigation. I hear you shudder. Don’t. I won’t lie – I don’t think it’s all sunshine and rainbows like the brochure claimed but it does have its benefits. 8 hours of continued pain later I was more than ready to be there.

I am sure I don’t have to explain the intricacies of a colonic irrigation to you. I’m sure you know, at least generally, how it works. Yes, it is exactly as it sounds. No, it doesn’t hurt. Yes, I felt better (a lot better) almost immediately afterward. Princess Diana was onto something.

Lots of people get colonic irrigations done on a regular basis. I’m not sure I could – I mean, ew – but surely with the way my body works and my new ‘treating it like a temple’ philosophy (which I am sure will last more than 10 days this time around) more often might not be such a bad thing.

Apparently the benefits (besides feeling a WHOLE lot better and losing 2 kgs in 45 mins) are quite long term for those who engage on a regular basis. Plus there is a return visit payment plan with a discount. Win-win.

But back to me. I know what I did wrong and I know how I can fix it. I know my body well enough that I should know better than to spend a week treating it worse than a nightclub (and at the point where the sun is coming up and the bouncers turning on the lights, continue the party at home).

I am an adult now – no one is going to cook me vegies or make me freshly squeezed juice or dictate when I should or shouldn’t eat something. It’s time to grow up and have some respect for my body – I’ve only got one – and it’s not built to last forever. The warranty ran out a long time ago.

What do you suffer from? Does your doctor use IBS as an all-encompassing excuse for not knowing what’s up? MedicalPrices.co.uk has a detailed article about IBS and how to ease it

One session costs $76 and lasts about an hour.

Really interesting read, Sarah. A friend of mine was diagnosed with IBS and after many different diets, finally found one that works: a protein/starch/carb mix. Basically, she won’t eat protein with starch. Alcohol is classified as a starch, so when she goes out drinking she can only have carbs. So pasta is good, meat is bad. She’ll eat burgers without the bun, and curry with salad, not rice. It has worked really well for her. Perhaps give it a google?? best of luck!

While not technically diagnosed with IBS, every symptom of IBS I’ve read about, I have.

I used to take Inner Health Plus but it only did so much (I haven’t gone as far as to see what foods were causing the issues – should get onto that). Lately, I’ve been loving Chlorophyll. Taken in the morning, it sets me up for a happy tummy throughout the whole day, no matter what I put into it.

Just on a note of colonic irrigation, if done TOO much all of our lovely good bacteria that live in our colon will be flushed away, so we must all remember to take some preobiotics with lots and lots of good bacteria to recolonize 🙂 [ive heard horror stories about people who have had it too much, and outcome was not nice!!!!]

You were lucky you didn’t pick up a case of pooitis because the owner can’t see and there is lots of it around because this place is not cleaned properly as a quick spray with water does not remove it. Bypass Colon Irrigation Melbourne to a safer and cleaner establishment. It’s not hard to look on the internet as there are plenty of clean clinics.

“It is said that I should have refused to be obedient. That is a consideration with hindsight. From my experience I know...
© Onya Magazine 2009 - 2021
Back to top