Don’t Get SAD This Winter 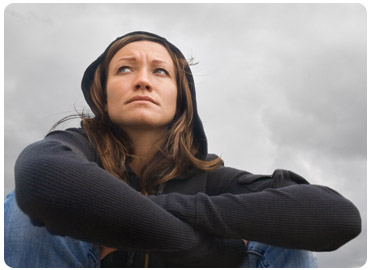 For most, the impending winter chill means a return of familiar and cherished customs; unfolding the blankets, restocking the firewood basket, bringing the bottles of red out of storage and settling down for a cosy, content winter.

As heart-warming as this ideal winter sounds, it isn’t a sentiment shared by all, especially those who experience Seasonal Affective Disorder.

Seasonal Affective Disorder (SAD – an ironically apt acronym) is defined by Beyond Blue as a depressive illness that follows a seasonal pattern. The reduced amount of natural light in winter can affect the balance of melatonin, a chemical secreted by the pineal gland in response to darkness. This hormone is responsible for controlling our biorhythms, also known as circadian rhythms, of sleep and awake, and an imbalance in this hormone and subsequently our biorhythm is thought to be the main cause of SAD.

For sufferers such as Michelle, who first experienced SAD after moving from sunny North Queensland to a Swedish winter, it is a serious illness that affects mind and body. “It is like going into a fog and losing feeling to the things you have going on around you.  You want to literally crawl into a cave and you never think you will feel the sun again.”

While Michelle’s SAD symptoms didn’t affect her social life too adversely, she says she certainly felt the difference within her body, turning to food to make it through the winter. “I used to eat to try and stimulate my energy,” she said. A craving for starchy carbohydrates and subsequent weight gain is a common side effect of SAD.

SAD is not just a stand-alone illness, as sufferers of depression can notice their condition takes a turn for the worse as winter approaches. For Ben Angel, a six-year battle with depression was a result of undiagnosed gluten intolerance, and he noticed winter always worsened his condition. Now following a gluten-free diet, Ben is free of depression however still finds winter a challenge.

“I’ve really found that in the last couple of years because I don’t eat gluten I no longer have an issue with depression like I always used to, but as soon as winter hits, I just want to go into my shell straight away,” he said.

Both Ben and Michelle handle their SAD by changing their routine as winter approaches to maximise their exposure to natural sunlight at the most important parts of the day.

“It’s important for people to get up in the morning and get some exposure to sunlight, ideally before 8am. Dawn and morning light is believed to be integral in regulating our biorhythms,” explains Beyond Blue.

While most of us find the dark and the cold our main opponents to an early start, it’s an essential part of Michelle’s defence against SAD. “You really need to learn when you are going into SAD mode to catch it. It is vital to get up and about as early as possible in winter and to take in as much light as you can.  Exercise is vital as it triggers a health feeling.”

Ben’s routine change started later than he would have liked this year, as our drawn out summer meant a sudden drop in temperature came as a surprise. “This year I wasn’t really aware when it first kind of kicked in… I think it actually took me three or four weeks to realise and go, okay, I need to change my routine, to work with the season,” he said.

While working at home does give Ben the luxury of going outside when the clouds break to reveal some winter sun, he still follows a strict winter routine, which, like Michelle, involves early starts and exercise.

“In winter I change my routine to getting up earlier … I’ll get up at six and go to the gym straight away, so I can get active first thing in the day, even while it’s still dark. So it just means that at the end of the day I’m not once again going into a room that is getting no sunlight … I could be loosing possibly an hour and a half of light, and I find that really helps,” he said.

Changing your routine may be the easiest, cheapest and most natural way to combat SAD, but sometimes it’s not enough and extra therapies are required. A common and effective technique is light box therapy, which Michelle first discovered after moving from Sweden to London.

“In the UK I discovered light boxes and I used them religiously. A few hours in front of the light box and I felt awake and alert again.  I used them for close to ten years.  When I came back to Melbourne I had a run of two winters – one after the other – and the light box came out again,” she said.

Light boxes simulate natural sunlight by emitting bright light, which suppresses melatonin production and regulates biorhythms. Used at certain times of the day, the therapy is most effective when the light reaches the retina of the eye.

While Ben has considered yet never tried light box therapy, he credits Emotional Freedom Technique for keeping his moods in check. A relatively new therapy, it involves tapping on key pressure points in the body while thinking particular thoughts to release those emotions. “[It’s] been absolute bliss, it makes it so much easier,” said Ben.

Not knowing the dangers of solariums, Ben would use them to gain extra exposure to light. “I did that up until a couple of years ago. I found it really helped, but with turning 30 next year the risk of skin cancer was probably more of a concern,” he said.

Michelle also found relief in the artificial UV rays, however switched to light boxes once she learnt of their benefits, “In Sweden, before I learnt of sun boxes, I used sun beds – everyone did.  There was something about the intense warmth that made you ‘wake up’,” she said.

Of course there are other options for the treatment of SAD, and it is a case of trialling what works best for the individual.

Exact statistics of the prevalence of SAD are difficult to obtain, due to regional differences in data, but research shows that there is a correlation between the prevalence of SAD and the latitude of a country. In other words, the further North a country (once above the equator) and therefore more extreme of a winter, the more obvious the relationship between geography and SAD.

“During the long Swedish winter months the effects of SAD are talked about – Sweden has the highest rate of suicide in the world at that time of year,” said Michelle.

If you notice that your, or a friend’s mood, seems off kilter as we settle into winter, speak up – it may be the conversation they were trying to bring up yet didn’t know how. Whilst SAD isn’t a commonly discussed or widely understood illness in Australia, by sharing experiences and being open to discussion we can create an environment where people feel free to talk about emotional issues.

“I think if you have not experienced it, it can be looked upon the same way as depression etc  – and no one really wants to talk about that in our society,” said Michelle.

We all have the power – the power of conversation – to change this.

A great read – and a very interesting article. Has opened my eyes to SAD!

That was a great article Holly , that’s how I have been feeling for weeks so I am now planning a holiday to QLD XX