Last weekend I saw a movie at a multiplex in Melbourne (The Blind Side, in case you were curious). I’d say it’s been a good while since I last saw a movie at the cinema, sometime before Christmas I imagine, because I hadn’t realised that over the holiday period hell had frozen over and cinema ticket prices had hit the ceiling. When did tickets hit $16 a pop for a concession? (I didn’t even ask how much an adult was – eek!)

In my younger days (yes, I know I am still considered ‘younger’) I used to work at a cinema and back then a child ticket was $9, a concession $11 and an adult $13. Those prices were, in their day, considered to be expensive, however when you considered the average film runs for two hours and you are paying for everything from the staff working at the cinema to the cast and crew of the actual film, what is deemed an acceptable price to pay to see a flick? Does Miss IT girl of the moment deserve $10 million to toss her hair in a romantic movie? Does Mr Hero need $20 million to flex his muscles in a B grade action show?

With the quality of films sliding (another boy meets girl romantic comedy anyone?), the availability of pirated copies and family budgets getting tighter, movies are no longer high on the list of entertainment options. Given the choice about what you are going to spend your hard earned entertainment budget on, do you really want to see an epic drama or a romance that only runs for 90 minutes – and you’ve probably seen all the best bits on the preview anyway?

Given the choice, would you choose locally produced entertainment over an American blockbuster? Wouldn’t you prefer something that has a message, has something to teach and supports Australian entertainers? Welcome to the stage, New Beat Theatre Company.

The New Beat Theatre Company was founded in March 2008 and initially sought to bridge the gap between student and amateur theatre worlds. One of the first city based independent music theatre companies, New Beat is associated with Union House Theatre (at the University of Melbourne) and aims to provide an opportunity for students to work with more experienced amateur theatre performers through the assembly of dynamic casts, comprising new and practised entertainers. Past productions have included Jonathan Larson’s Rent and Jason Robert Brown’s Parade, while the New Beat team are currently preparing for their next performance, a season of Jon Hartmere and Damon Intrabartolo’s Bare. 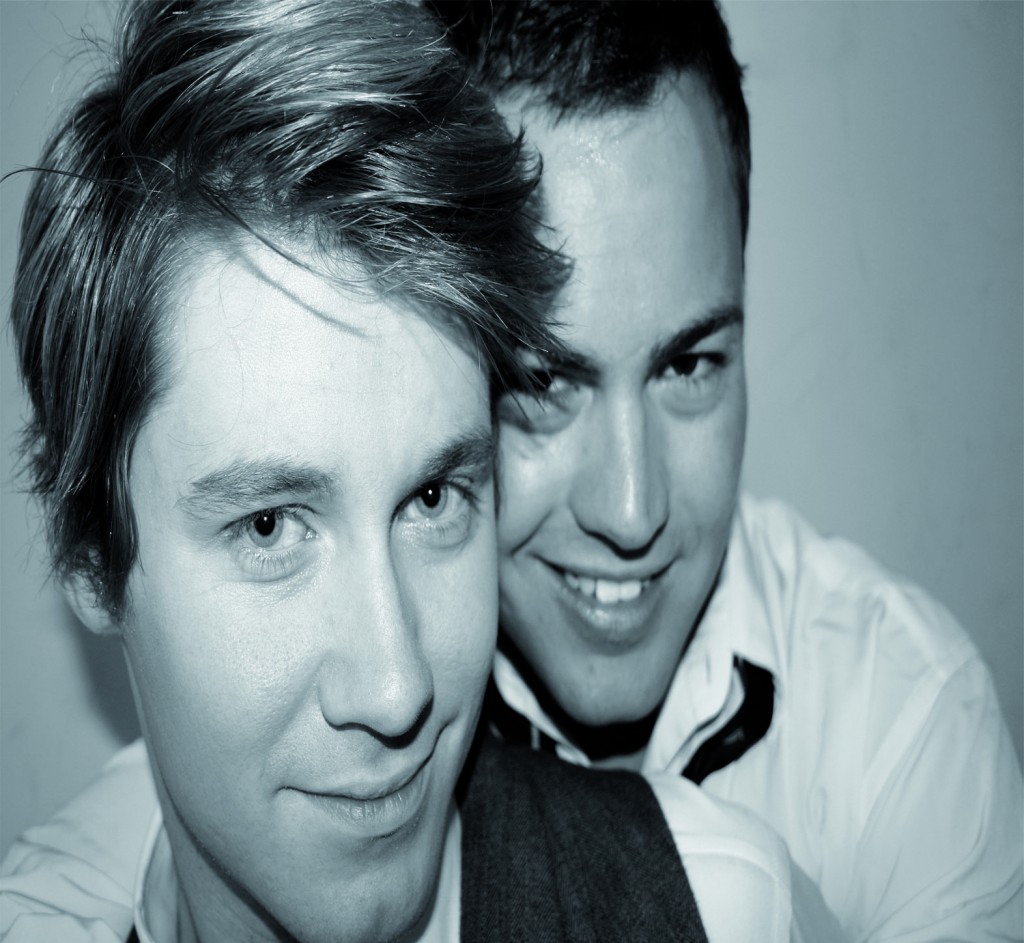 Artistic Director and Producer of Bare, Tegan Jones, describes how music theatre was originally a means to escape the harshness of everyday life, a concept not dissimilar to why we head to the movies. “When musicals were the only entertainment during the war, typically, characters were larger than life and tended to portray people as stereotypes. Modern musicals, especially ‘90s onwards, are tending to shift away from this escapist approach. Nowadays, musicals are written about real social and economic issues, real relationships and interactions and real emotions. These are the kinds of shows that New Beat wants to produce and share with the theatre viewing community.”

This philosophy has been evident in the choice of shows New Beat has performed thus far. Rent was selected because of its depiction of a community in the poorest area of New York and their struggle with drugs and the AIDS pandemic, while Parade featured a storyline about a community influenced by their government and the media to believe that an innocent man was a murderer. The current production of Bare tells us the story of a Catholic boarding school community dealing with teen pregnancy, religion, drug use and homosexuality.

This is in direct contrast to the films we pay $16 or more to see at the cinemas – films that sugar coat life and portray unrealistic lives and lifestyles, dramas that cause us to exaggerate our own existence and horror stories that are so completely imagined but send us running for the hills. The recent tsunami threat issued to the Australian east coast after the devastating earthquake in Chile is a prime example. Warnings were put in place alerting Australians to the risk of tidal waves on Australian shores, however on the day of the warning, Aussies continued to crowd our beaches with no apparent concern for their own safety. When asked why they were not taking heed of the warning, many responded by saying ‘I’ve seen Deep Impact. We’ll see it coming’. The stylised tidal wave featured in this film is no reflection on what an actual tidal wave would be like, proving that the power and influence film has over us is just as strong as ever. How fantastic it could be if we could channel this pull into more meaningful avenues, such as theatre, where messages of community, togetherness and forgiveness are paramount.

Although the theatre is slightly more expensive than your average film, the theatre is an experience like no other. It is a reason to get dressed up and go out for an evening, it is a whole nights entertainment (running more than two hours plus an interval) and it is a chance to see the most amazing and talented people live on stage. What you see before you is the real deal; they are not shooting and re-shooting scenes to get it perfect – it is a raw and authentic dynamic that will leave you wanting to return again and again. Months of planning, rehearsals and energy go into each performance and each actor and actresses has the ability to shine. You might even be moved to tears or laugh so much you cry. Any way you look at it, the theatre is an event every Australian should partake in.

As for the future of the Australian theatre industry, Tegan tells us the outlook is good, especially with the support of the audiences coming to see the performances. She sees a bright future for the Arts industry – especially in Melbourne. “I think Melbourne has one of the most vibrant and largest amateur theatre communities around. There are always new companies popping up, run by volunteers who are passionate about what that company stands for. Some have been running for over 50 years while others arise to produce one show. Either way, the fact that the resources and people are keen and available means that the future of this non-professional industry can continue to grow.” 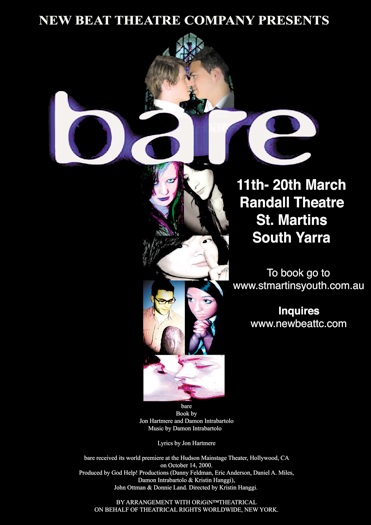 Bare is playing at St Martin’s Youth Theatre, South Yarra, Melbourne, from Thursday the 11th to Saturday the 20th of March. Tickets are $29 adult / $24 concession and can be booked though www.stmartinsyouth.com.au and more information is available at www.newbeattc.com.

Thanks to the New Beat Theatre Company, Onya Magazine has a show package to give away, including a double pass to the performance on Saturday the 20th of March, a signed poster and a bottle of wine. To be in the running, email info@onyamagazine.com with your details and tell us in 25 words or less what your most significant memory of the theatre is (either attending or performing). Winner will be drawn on Friday the 12th of March and notified via email.

Girl Without A Platinum Card

Meet Me At The Steps

MOR Little Luxuries Snow Gardenia Next time you come across a Gardenia, pick it. Before you smell it, because that...
© Onya Magazine 2009 - 2020
Back to top