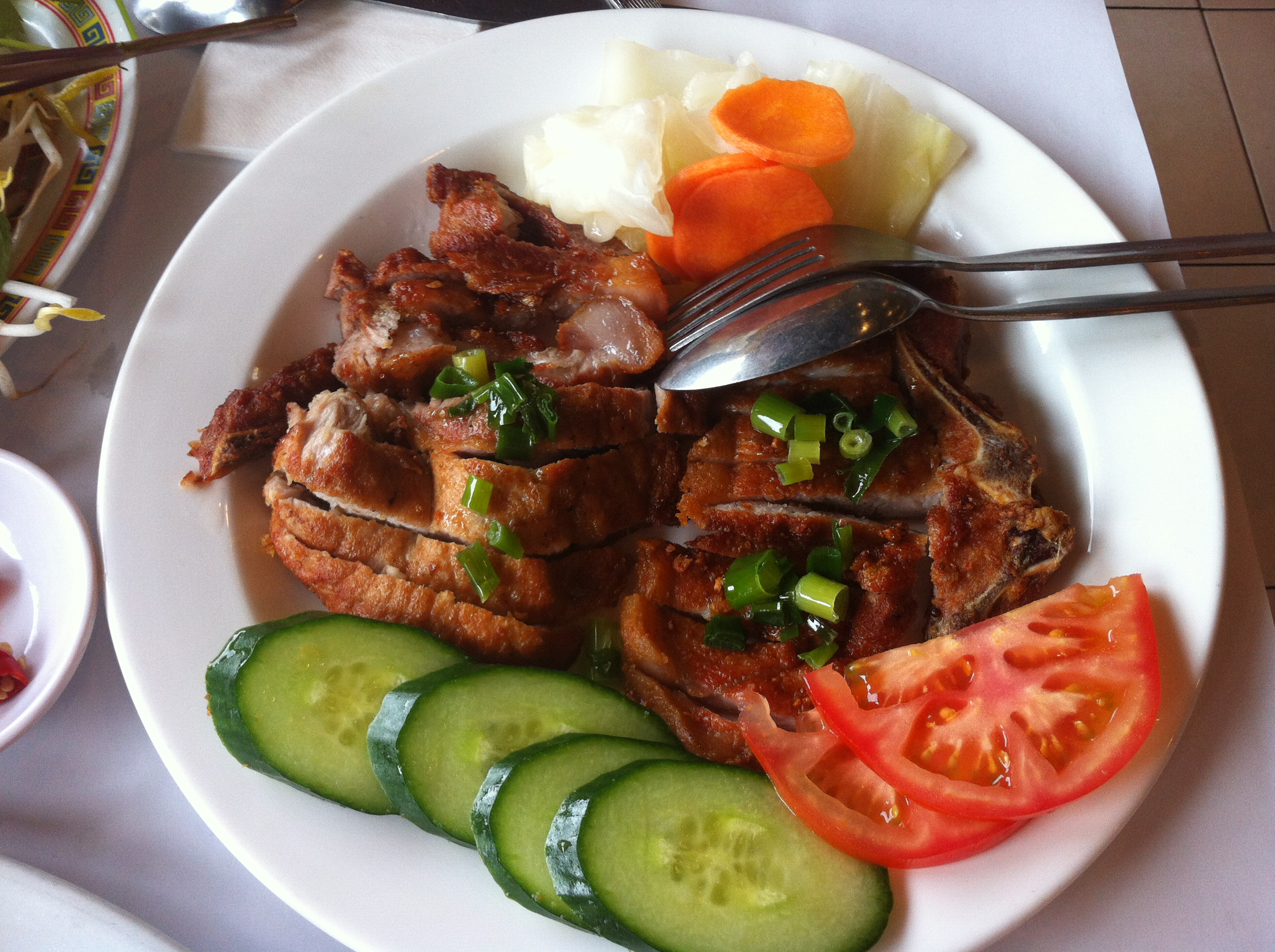 Hailing a cab is like rolling a dice – you never know what you’re going to get. I rolled the dice recently on a sunny Saturday morning and ended up with an insight into arguably Adelaide’s best Vietnamese food – and it wasn’t where one might expect.

Jumping into the cab I was greeted by a friendly middle-aged man. I noticed his discarded Vietnamese newspaper and just like Alice in Wonderland – I went down the rabbit’s hole.

Not sophisticated enough to be classed as a ‘foodie’ – I’m more like someone who punctuates daily routine with any opportunity to go out for food, a new restaurant or simply to avoid the kitchen at home, with which I don’t get on.

As my cab driver had grown up in Ho Chi Minh City in Vietnam, I was happy to trust him as an authority on Vietnamese food. According to him, Adelaide’s Asian eat-street, Gouger Street, has some great Vietnamese restaurants but it’s Adelaide’s west that unearths the best.

A week later I found myself at Tan Nhu Y in Athol Park. First impressions were good – it looked nice and even more promising was that it was filled with Vietnamese patrons. We were greeted by a Vietnamese lady who was half my size but with a smile and personality to boot. She showed us to a table, gave us two hand-decorated menus and said she’d be back to take our order.

I don’t drink coffee but if I was to have the true Vietnamese experience, I needed to have one of their traditional slow-drip iced coffees. The concoction arrived with the coffee slowly dripping into the sweetened condensed milk in the glass and we were told by the waiter that in Vietnam the locals would use this time to chat and catch up with one another while they waited for the coffee to fully drip through. 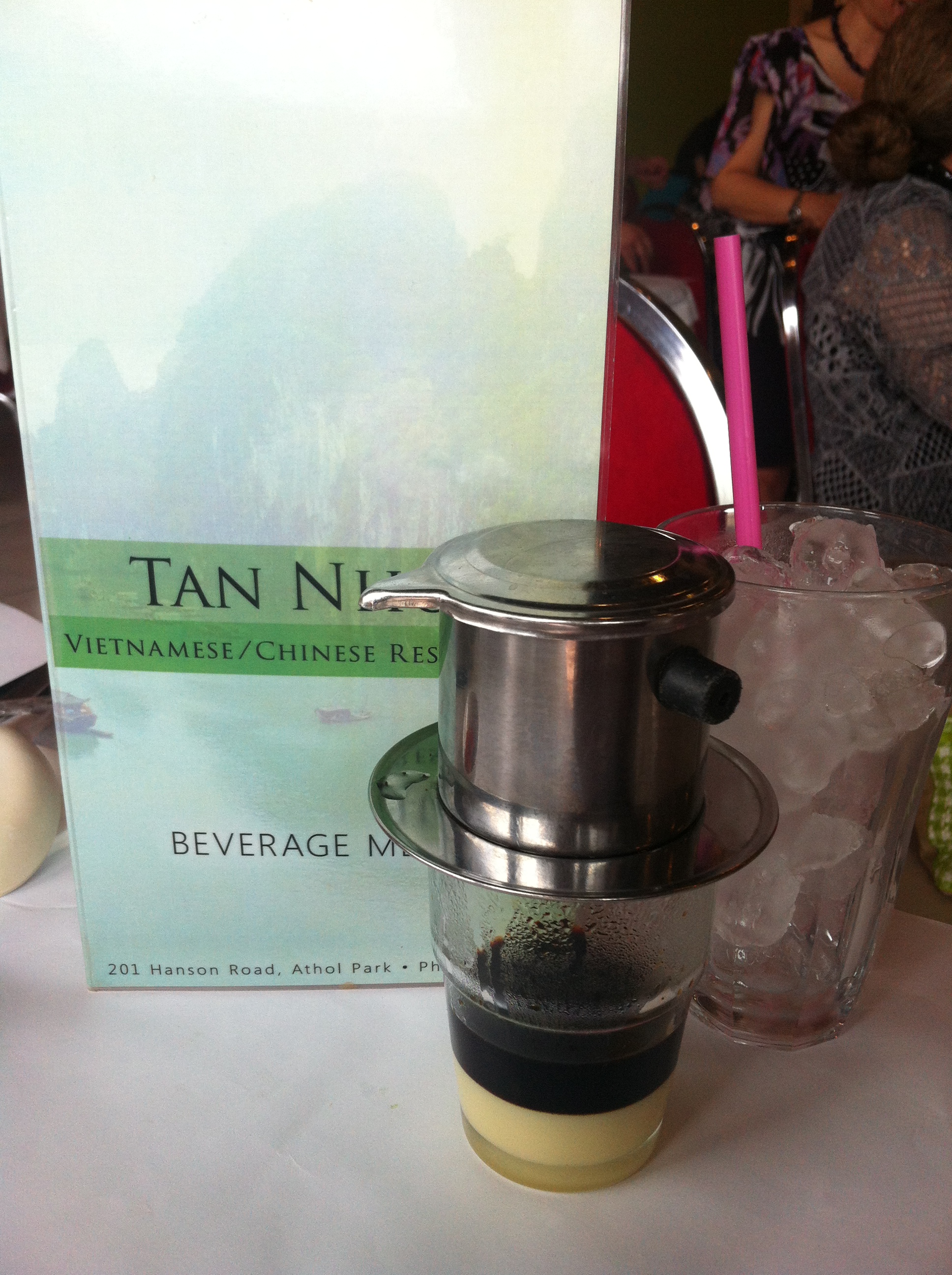 Having mulled over the expansive menu and with my sense of sight and smell in overdrive, my stomach was now doing the talking and we ordered a Vietnamese duck salad and traditional beef pho. I’ve had many a debate with friends about the correct punctuation for ‘pho’ (Vietnamese soup) but will stand by my cab driver who confirmed it was pronounced ‘far’.

After a short wait, out came the makings of pho – the fresh chilli, coriander and bean sprouts – things were looking promising. The soup soon followed and then my Vietnamese duck salad, which was a single serve but could have fed a small family.

Conversation was limited as my research buddy and I steadily tucked into what I can honestly say is one of the most flavoursome Vietnamese meals I’ve had in Adelaide. 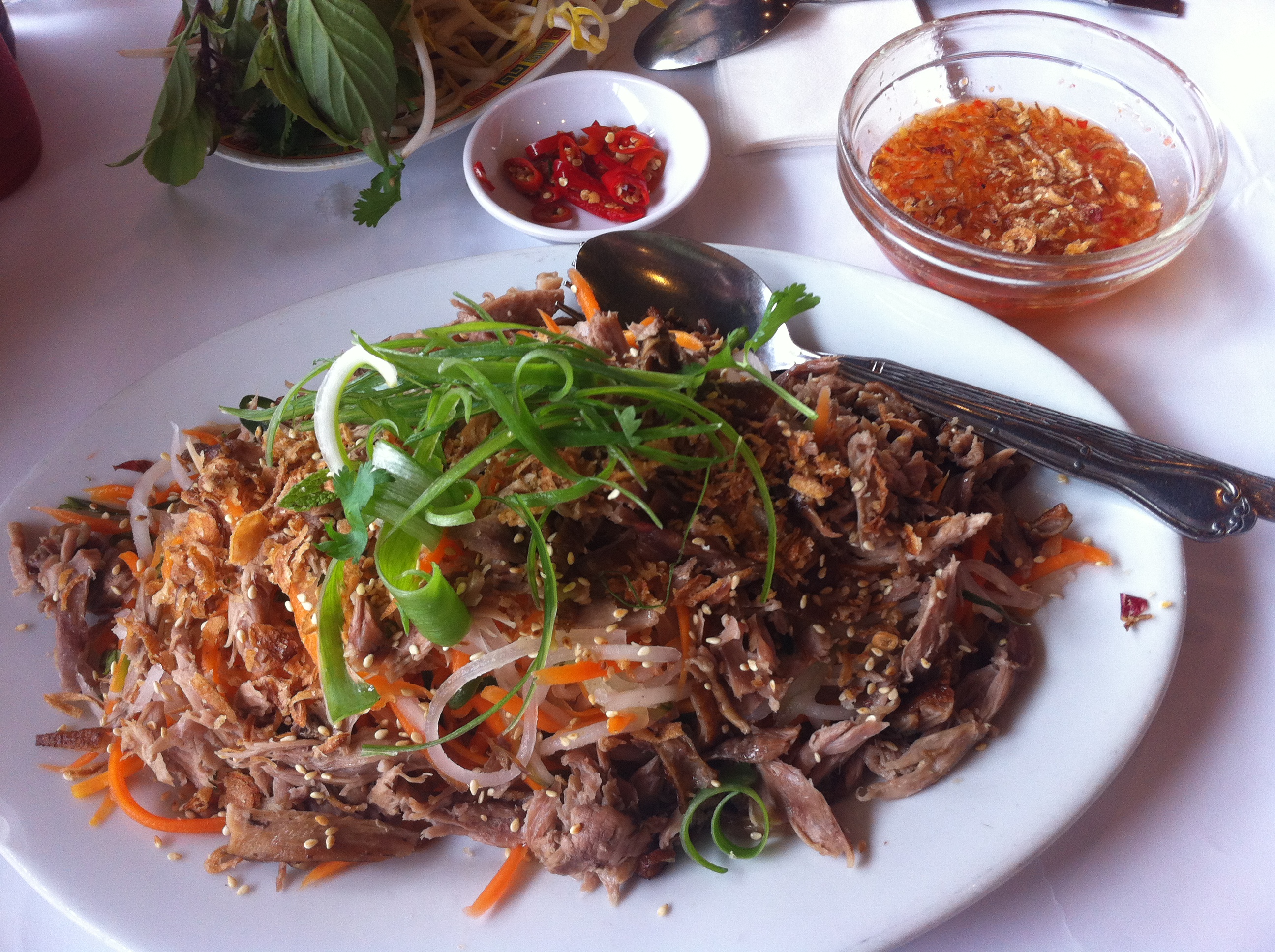 The pint-sized Vietnamese lady who greeted us when we entered came back to check on us. Her name is Hang and she’s the owner of the restaurant and couldn’t have been more welcoming or grateful to us for choosing her establishment. She repeated this several times and we learnt that she came to Australia not speaking any English and unable to get a job. After encouragement from her family she plucked up the courage to do what she did best and started Tan Nhu Y,  which now has a steady stream of regulars (I can tell by the way she greets people by name and vice versa).

So grateful was Hang that she presented us with a plate of deep fried spare pork ribs – on the house. True to the first two dishes (and the coffee that was pulsing through my blood stream), the pork was delicious.

As if we could fit anything else in, we finished with a plate of traditional coconut jelly. Coloured green , red and white, this was a refreshing finish to the meal and something I can imagine locals snacking on on a hot afternoon in Vietnam. 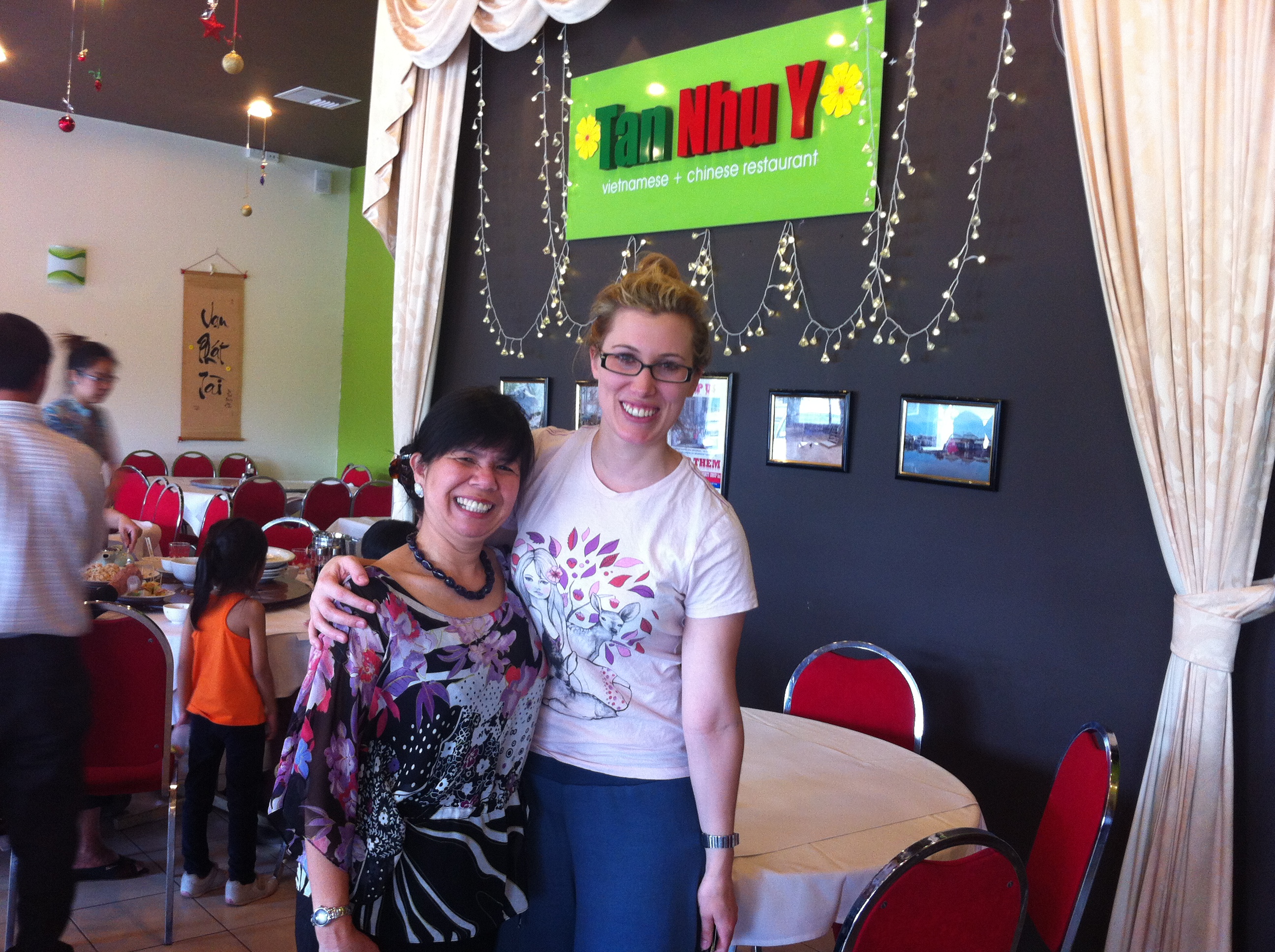 It’s not every meal out that you finish with a photo of yourself and the owner, but that was the fitting end to our introduction to Tan Nhu Y. Not only was the food full of flavour, well presented and plentiful, but the reception we received at the restaurant from Hang was more akin to that of an old friend than that of a stranger looking for Sunday lunch.

My only regret was that my cab driver wasn’t there to see his recommendation fully endorsed.

A Resolution You Can Keep; Reinvention

Dive Into Melbourne Food and Wine Festival: 200+ Events Across Victoria 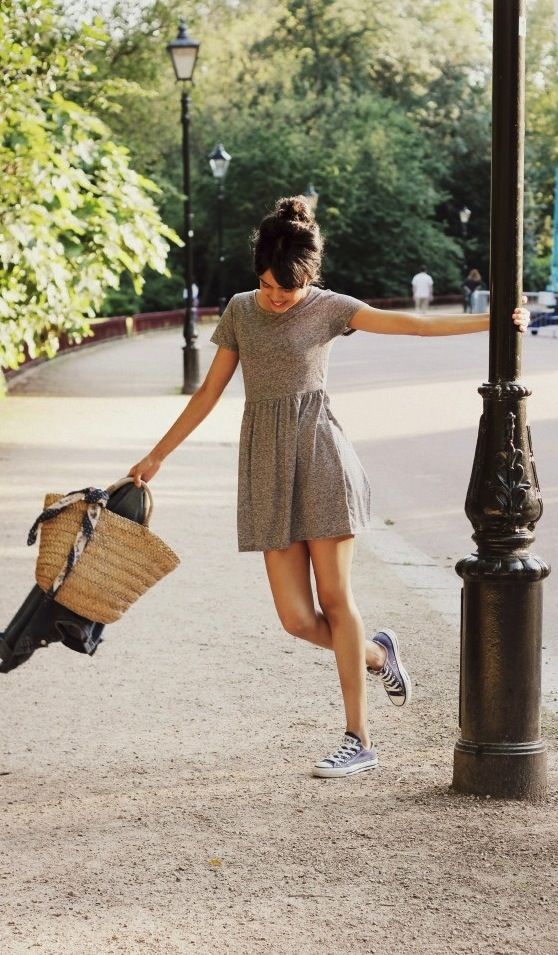 A Resolution You Can Keep; Reinvention

Cindy Newstead, from Style with Cindy, shares her tips on reinventing yourself in 2014. Reinvention. The word itself...
© Onya Magazine 2009 - 2021
Back to top