Eggnog is the quintessential Christmas drink. A rich, frothy, and stiff alcoholic punch of sorts that always reminds me of sitting near a warm fire while the weather outside turns sour. Being a cold drink makes it equally at home in Australia. A hot Christmas day celebration on the patio or lawn with a glass of eggnog has become a family tradition in my household.

Eggnog is a new world concoction dating from the mid-18th century, related to the much older English Posset. Both are spiced, dairy based drinks fortified with alcohol that acts to preserve the drink. Some of the oldest sources for Eggnog direct the maker to age the drink for twelve months. The following recipe takes far less time – starting as an indulgence for my co-workers to celebrate the end of Christmas service many years ago. It proved so popular with the crew that I have used this recipe at home and work every year since.

NOTE: This recipe ensures that the egg yolks and whites are almost completely cooked, however those considered at risk of food borne illnesses may wish to abstain from this drink. 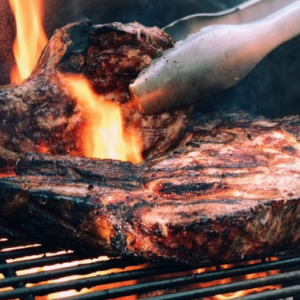