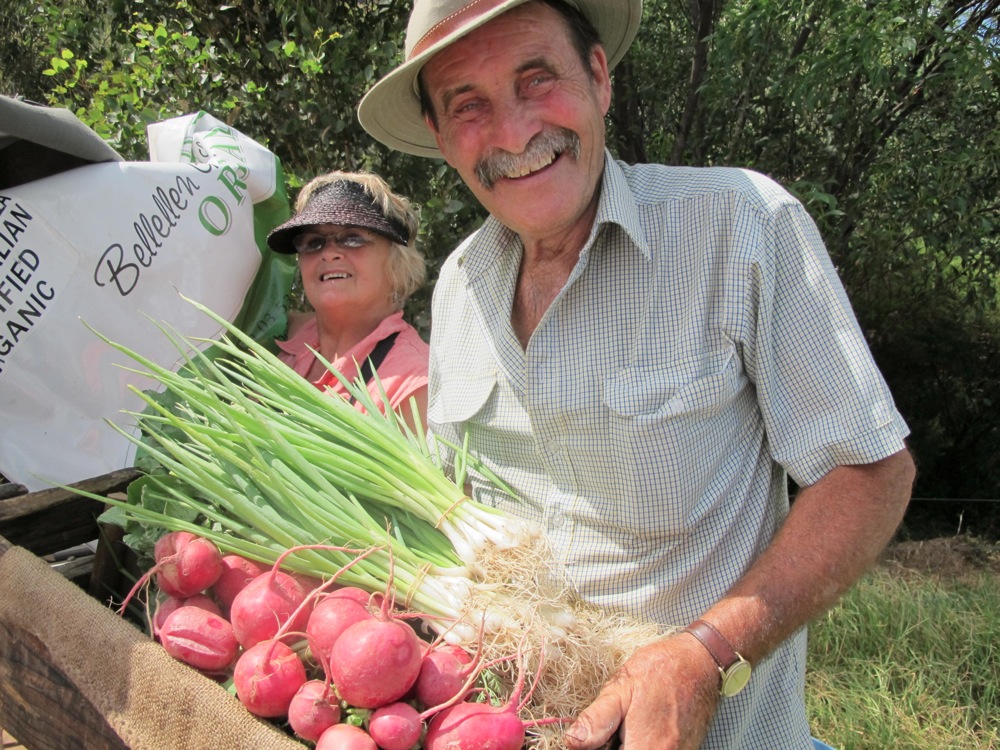 It’s 2am on a Saturday morning and while most Melbournians are either in a pub or sleeping, a bunch of dedicated farmers are crawling out of bed for the biggest day of their week.

Fruit and vegetable growers Meg and Rod Blake are among those early risers.

The couple wake to the 2am alarm in their farmhouse in Stawell, three hours west of Melbourne, where they own and operate Bellellen Grampians Organics.

By 3.15am the Blakes are on the road for their weekly trip to the Melbourne Community Farmers’ Markets.

“I pick everything on Friday to be here on Saturday morning, direct to the market,” Rod says, in between trying to serve the constant crowd of people hovering around their stall.

“Nothing goes off, so that value adds a little bit,” Meg says.

The couple say the freshness of their produce is what keeps customers coming back, and it seems the proof is in the pudding…or carrots, in this case.

The Melbourne markets are celebrating their 10th anniversary this year, and the Blakes say their ever-expanding clientele are becoming more concerned about where their food comes from.

“We pride ourselves on being certified organic, and we have been for many years,” Meg says.

“I’ve had cancer and you cannot convince me that the chemicals that are used in food today are going to do you any good.” 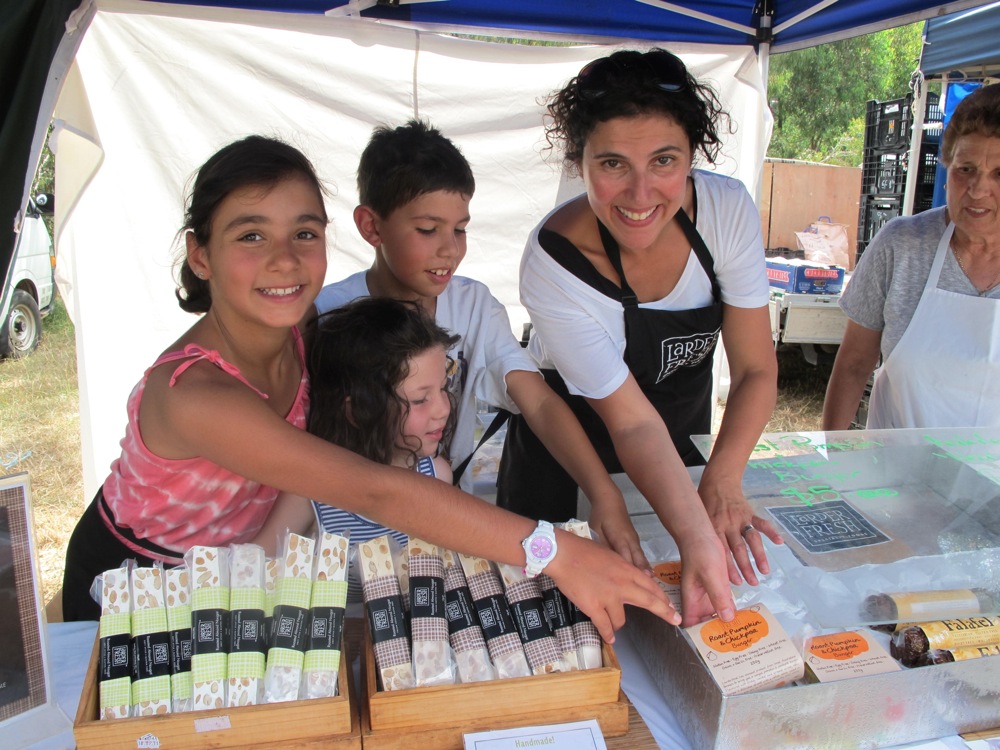 On the other side of the market, fellow stallholder Monique Ueckerman shares the same philosophy.

Monique and her husband Glen have been selling their home-made nougat since the first Melbourne Farmers’ Market was held in Collingwood in October 2007.

The mother-of-two says people are becoming more and more aware of the foods they’re eating.

“I think people are getting sicker as a race; there’s more cancer, more illness and people are waking up to the fact that what they’re putting in their bodies might be the cause of their illness,” Monique says.

“Over the years I’ve seen gluten-free go from [affecting] very little, to [affecting] masses, and now there’s this fructose intolerance as well.”

Sticking to the original recipes and sourcing local food is important for keeping their Larderfresh specialty foods range gluten and dairy-free.

“Falafel is traditionally gluten-free but some people put wheat in it because it expands and it’s cheaper. We’re sticking to the original recipe,” she says.

“It’s really important that you know where the product is coming from and you’re supporting your fellow farmers so it keeps the food miles low.” 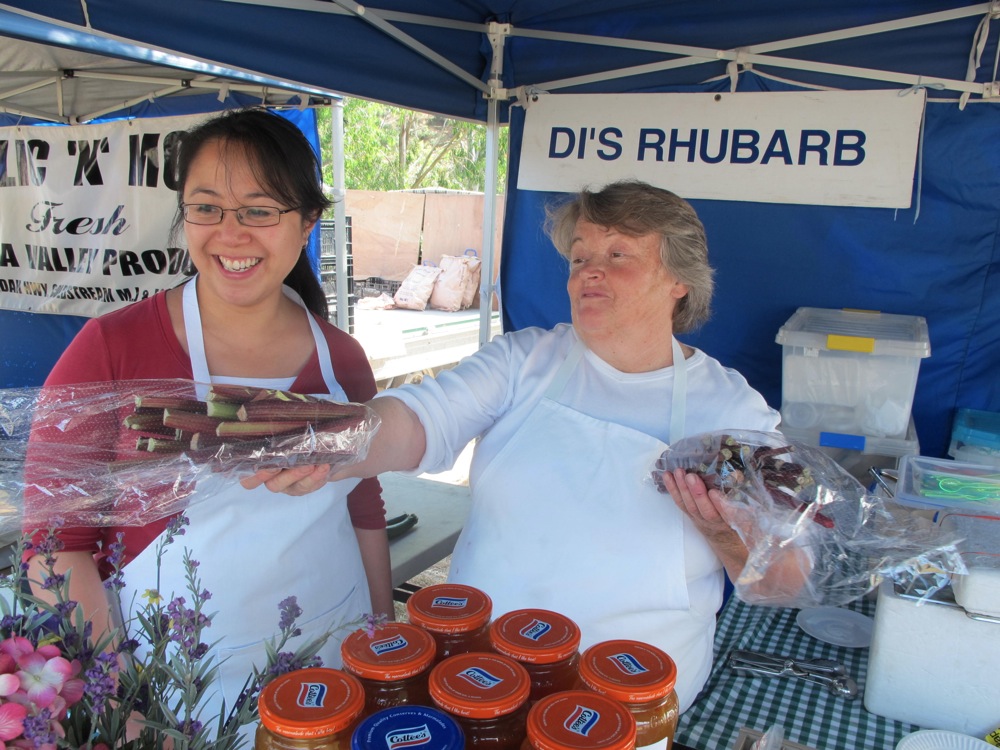 Di McDonald, of Di’s Rhubarb, is another committed farmer who for almost 10 years has been getting up early to sell her produce.

Being able to talk about the entire process, from the growing and picking to the cooking and eating, has been key for her self-owned and run business.

“A lot of people say, ‘Oh, I don’t like rhubarb’, or they were forced to eat it when they were young and hate the stuff,” she says.

“But by showing them how to cook it properly they often like it.”

This grower-to-consumer concept is what Miranda Sharp built the market around back in 2002.

Working as a caterer at the time, she was determined to give Melbournians the opportunity to put a face to the food they’re eating.

“It’s an opportunity for people who are concerned about where their food comes from to do so and speak to the farmers directly,” Miranda said.

“Unless you’re actually talking to the farmer then how can you be sure?”

Demand for the market has continued to increase since the first monthly market, and it’s now held each Saturday at different location across Melbourne.

Miranda encouraged people to continue supporting the farmers, but urged shoppers to be wary of farmer’s markets that aren’t the real deal.

“People are concerned so they’re shopping each week at one of the markets. They’re making an effort to support the market,” she said.

“But just make sure the farmers markets are the real thing, that they’re accredited.”

For more information and for market locations and times, visit www.mfm.com.au. 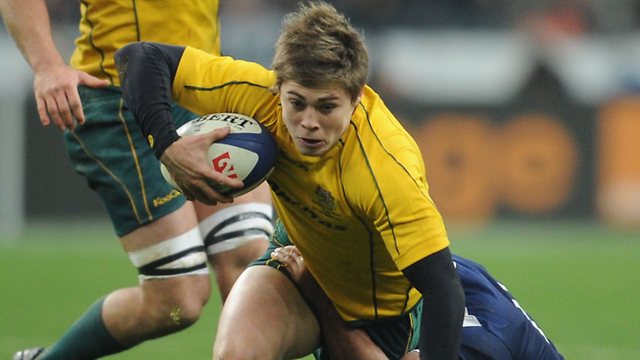