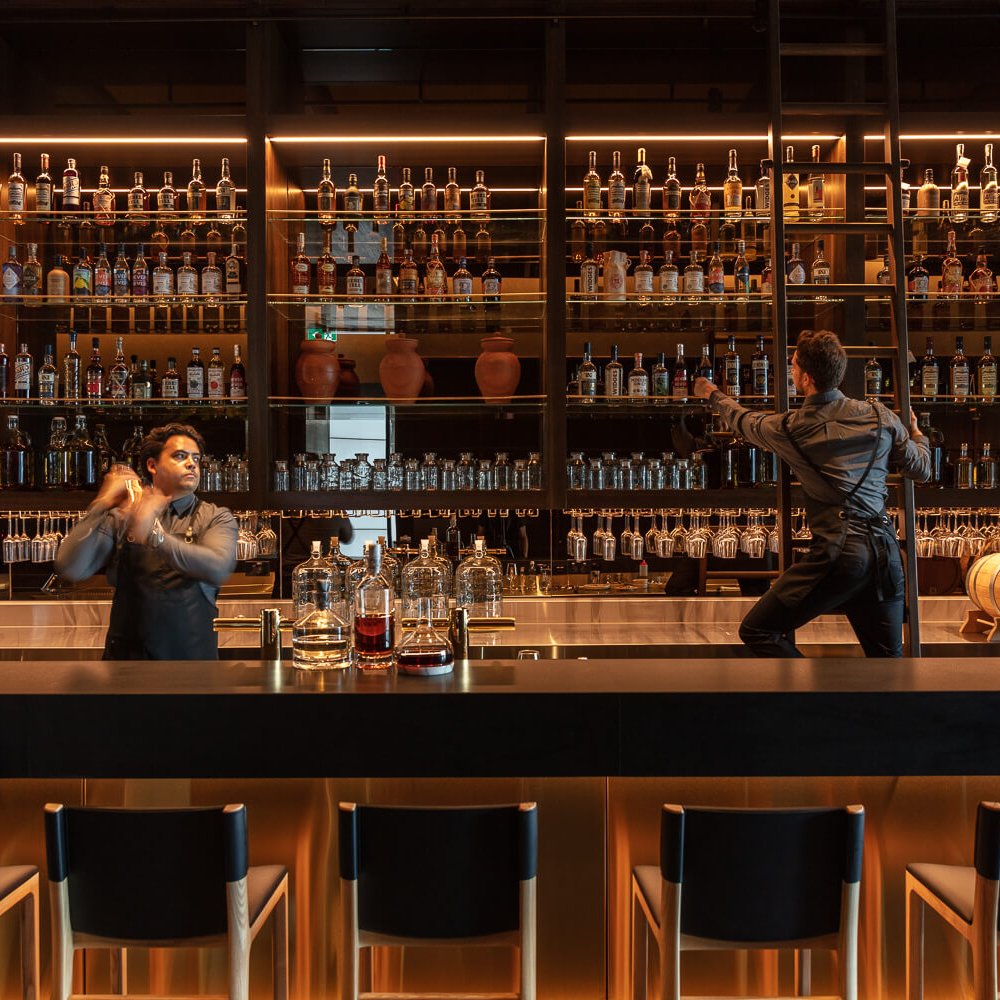 The doors are set to open next month on La  Madonna, a sumptuously understated dining and drinking enclave nestled at the couture end of the CBD. La  Madonna  is both venue and expression: like the welcoming comfort of a Mother’s embrace, one that also challenges us to explore something new.

Swathed across the entire third floor inside the newly minted Next Hotel Melbourne, La Madonna will shake up the typical hotel restaurant and bar while adding to the line-up of hospitality hotspots within ’80 Collins’, a precinct fast-becoming the city’s most dynamic newcomer.

Natoli and Li are an unlikely duo: united by industry pedigree, a passion for great produce, and for Melbourne, with a friendship that includes opening and working together in several of the city’s most- loved venues (Donovan’s, Neptune Food & Drink, Tokyo Tina, Saigon Sally, Rina’s). Together, they are single minded about creating a new style of dining experience for locals and travellers alike.

La Madonna may be both a restaurant and a bar, but ultimately what diners make it: graze in a quiet corner, lounge over cocktails, share a plate perched up at the bar, sink into a booth for intimate dinners, feast at larger tables; or linger across all of the above.

A centrepiece of the third floor space is The Barrel Room – both destination and creative muse at La Madonna. Here, in an open yet intimate, barrel-lined cocoon, a special kind of magic is being made with barrel maturation, an Australian-first in scale. Under the watchful eye of Spirits Master Phil Smithers, carefully chosen spirits, cocktails and herbal liquors are laid down in old and new barrels, to playfully explore the payoff in the glass. The result is a delightfully discoverable drinking experience, where guests can watch selections be decanted, explore and compare results, request something be barrel-aged, or arrange one of eight sought after seats for a more immersive encounter. Small quantities of signature hotel-aged and bottled cocktails will be available to take home, and also feature in the hotel’s mini bar. 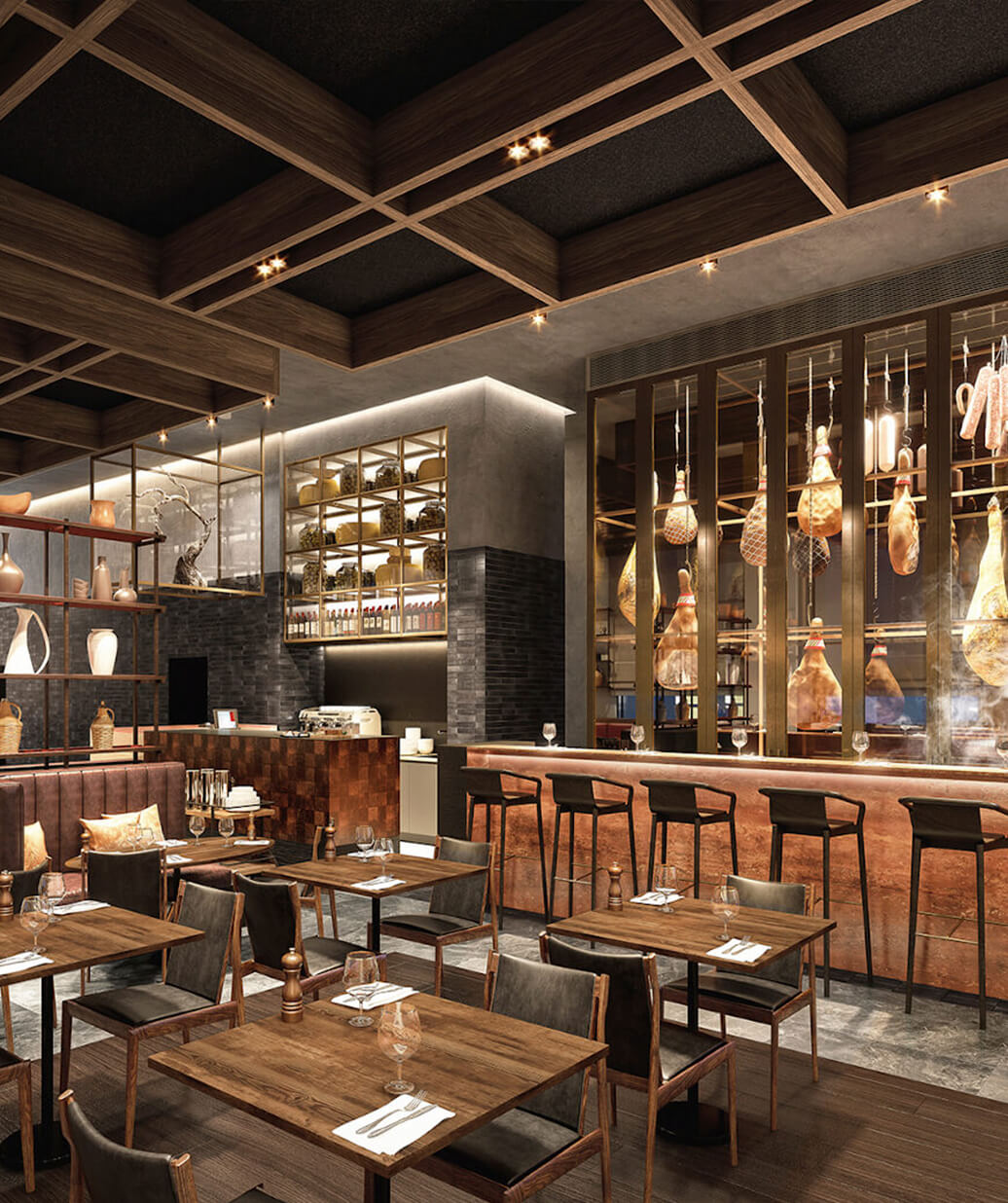 The Barrel Room is the brainchild of Proof and Company, one of the most well-regarded creative teams in the cocktail and spirits community globally, who will retain creative involvement, and open doors to their extraordinary portfolio of independent spirits brands from Australia and around the world.

Expect to see the creative influence of the Barrel Room elsewhere, with progressive cheese experiences planned that are paired with spirits in different stages of maturation. There’s also been some early experimentation with condiments, including a fish sauce that has been quietly maturing in a former whiskey barrel since November and plans to barrel age their own wine.

While cocktails and spirits are a focal point of La Madonna, the wine menu created by Restaurant Manager Dom Getson (Dandelion, Flinders Hotel, Saigon Sally and Neptune Food & Wine) also shares a similar focus on discovery with a mix of small scale local producers and sustainable winemakers both foreign and domestic.

As with the new boutique hotel itself, sophisticated design and details have been incorporated from the ground up at La Madonna. Enter via the Next Hotel Melbourne’s discreet Little Collins Street entrance into the expansive third floor to be greeted with a refined blend of old world and mid-century modern aesthetic from specially sourced marble, striking lighting, premium textiles and an eclectic collection of furniture to lounge and dine.

A suspended ceramics installation made by artist and geologist Jodie Gray, inspired by Chef Natoli’s Nonna is amongst the more intriguing details. The 14cm to 1 metre ceramic forms took their cues from Aeolian Island shipwreck ceramics, prickly pear and Sicilian bells and were wrapped in seaweed, native leaves, food scraps and coffee during firing. 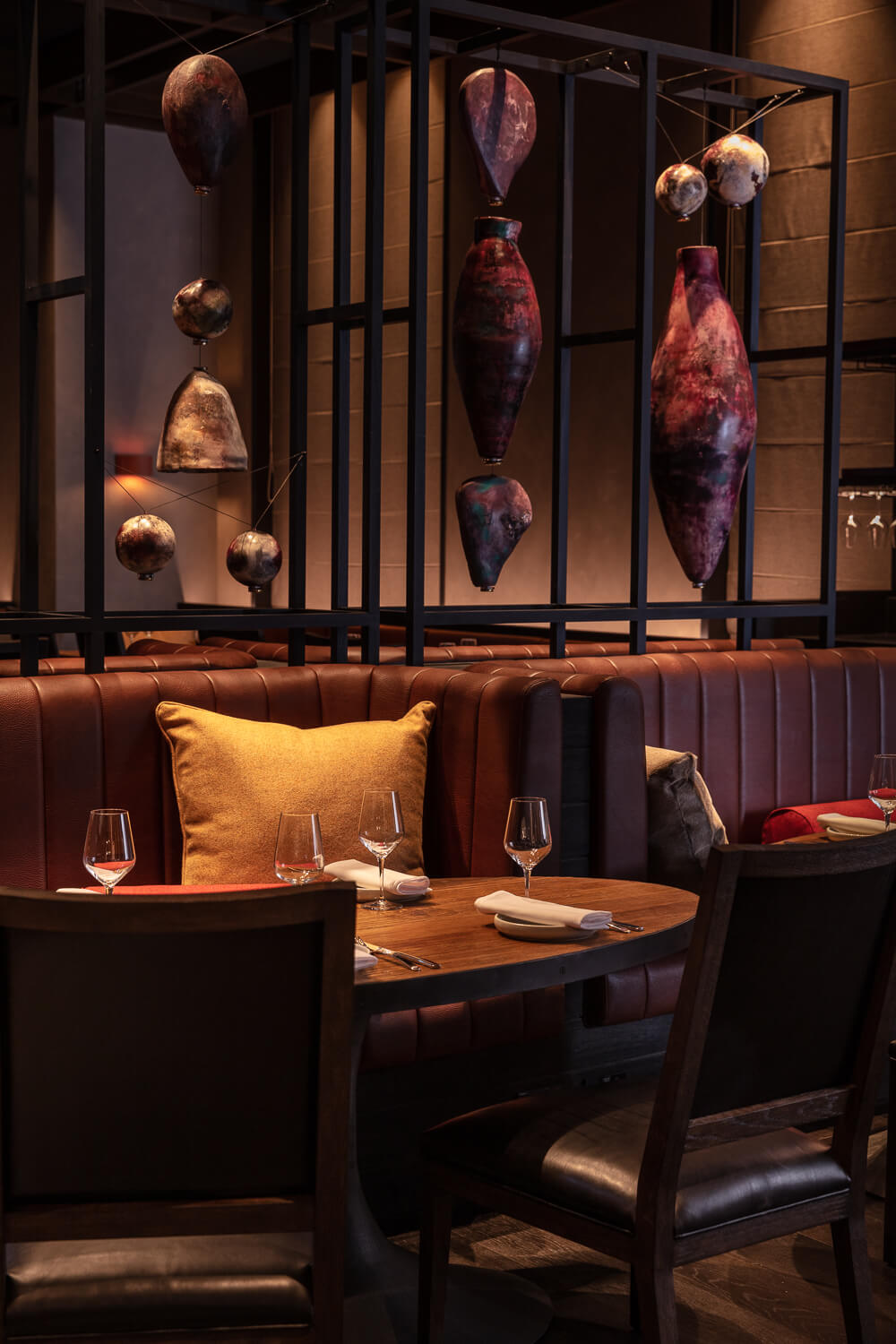 Meanwhile, a striking glass cabinet of nearly four-metres high is a design feature of sheer delight for the chefs, housing an appetite-whetting array of artisanal charcuterie and cheeses from Victorian producers and further afield, and house bottled pickles and ferments, all quietly maturing under view. This speaks as much to a no-waste sensibility as it does to the patience and generosity at the very heart of La Madonna, namely that good things take time, and they should be served in good measure.

“We’re feeling both humbled and excited to bring this new space and new concept to life,” says Danny Natoli who coined the restaurant and bar’s name after he cried out ‘La Madonna!’ when first visiting the venue under construction.

“It’s a pretty inspirational backdrop to share our love for generous hospitality – we’re ready to have some fun combining our creativity, our heritage and our favourite producers,” adds Danny.

Partner in crime, Adrian Li is looking forward to coming together in this new venture: “With our common technical skills learnt through years in the same kitchens, we just cook together instinctively now and spark creativity in each other – where I naturally head toward veer toward punchy, bright Asian flavours, Danny is more restrained and grounded,” Adrian says.

“We simply want this to become a place people really enjoy being in because they’ll have a plate of something familiar, another that’s a bit unexpected and then a different experience again next time.”

In addition to their third floor enclave, Ingresso is the Chef’s ground  floor  outpost  open  from  early morning through to aperitivo hour with coffee, drinks and bites to grab and go, enjoy in a cosy booth or gather street side on Little Collins Street. A concise offering of house-made cakes and pastries, antipasti selection and drinks (kombucha on tap, spritzes, orange wine and some of those barrel-aged cocktails), as well as a Porchetta Roll (featuring garam marsala and nectarine chutney) and a Hainanese Chicken inspired ‘rooster roll’ (with smokey green chili sauce) are already proving popular. 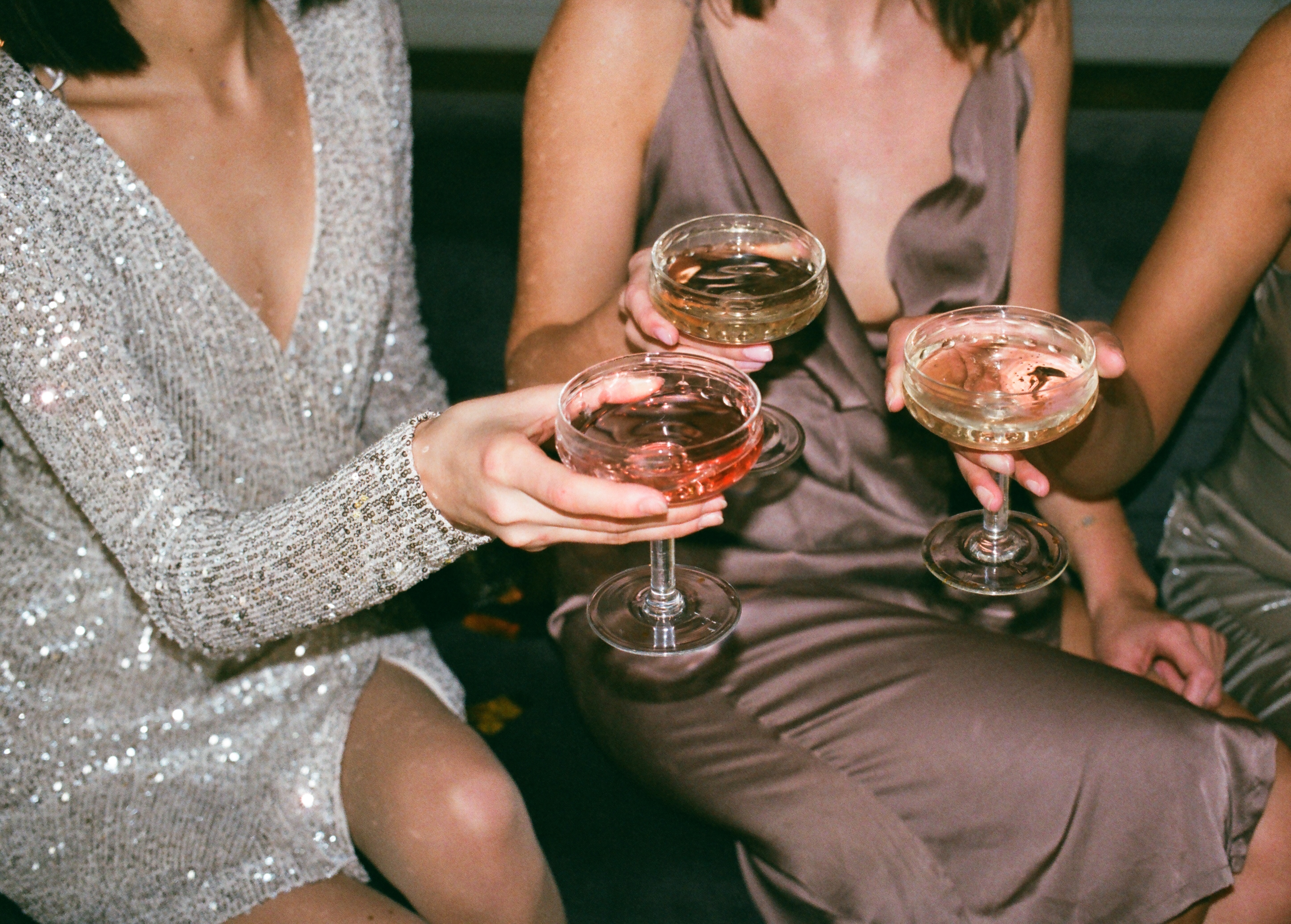 What To Bring To A Christmas Party In Australia In 2022 Stella: A New Four-Storey Local Brings A Taste Of Italy To South Yarra 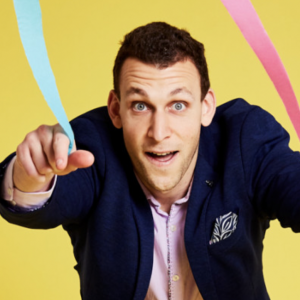 Guest post by Michael Shafar 2020 was a pretty rough year for humanity. Australia had its worst bushfire season in years,...
© Onya Magazine 2009 - 2021
Back to top