Get Around Bugs and Help Get Kanye West to Tatura 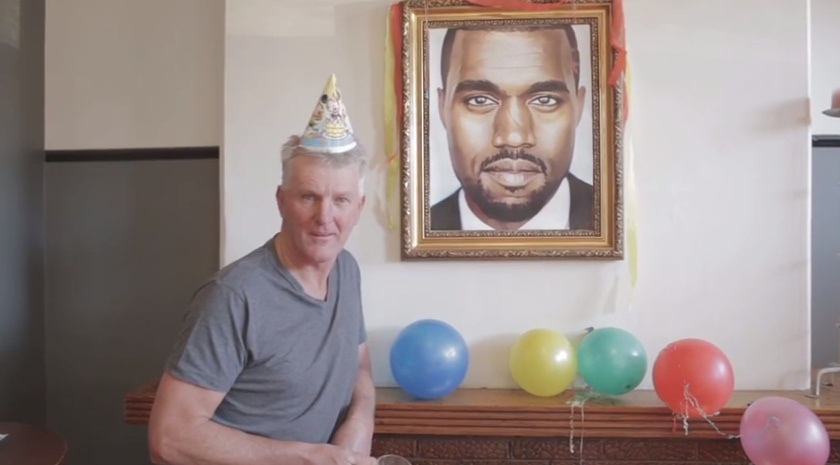 Shooting to international fame on ‘The Internet’ after posting a video declaring The Tatura Hotel will shamelessly name parts of the hotel in honour of those who have donated, and with only six days left, Bugs is back and has bigger goals than ever.

If The Tatura Hotel hits their crowd funding target of $65,000, Bugs will throw the biggest party The Internet has ever seen – with special guest Kanye West performing at the Tat Pub!

Well, if he can get him…

The latest video from Tatura Hotel is a rallying cry from local Taturans for supporters to help them reach the $65,000 target and to get Kanye down to Tatura (165km north of Melbourne, population 3,533).

“Imma let you finish, but the Tatura Hotel is the best pub of all time!”

Bugs Ryan says, “I spoke to some Internet Experts and they told me that we’d need a miracle to hit our target. So we’re calling on the greatest miracle of our time – Kanye West”. Bugs adds, “We don’t know Kanye personally, but I’m told if you all use the hashtag #CarnKanye, he should get our invitation!”

Aussie big names that are on board include ex-AFL legend and Triple M radio host, Billy Brownless, who has unveiled his portrait that now proudly hangs in the Men’s urinals live on Triple M, as well as Australian companies Coopers Brewery and Pokies.com. Peter Helliar and Cooper’s founder Thomas Cooper will have their oil paintings hanging proudly, and Pokies.com will ‘own’ the pub’s one poke machine – what will you own?

Australians, and the rest of the world, can buy their own piece of the Tatura Hotel, here are a few of the items up for grabs:

This is everyone’s chance to be part of the furniture at a true blue Aussie country pub, and we invite you to visit the crowd-funding page to help the Tatura Hotel reach its final goal to complete their long-awaited renos! GO: www.indiegogo.com/project/preview/0ac9c3c7

“Why Nick Kyrgios cannot represent Australia in Davis Cup again” and why I completely disagree. Greg Royle’s...
© Onya Magazine 2009 - 2021
Back to top