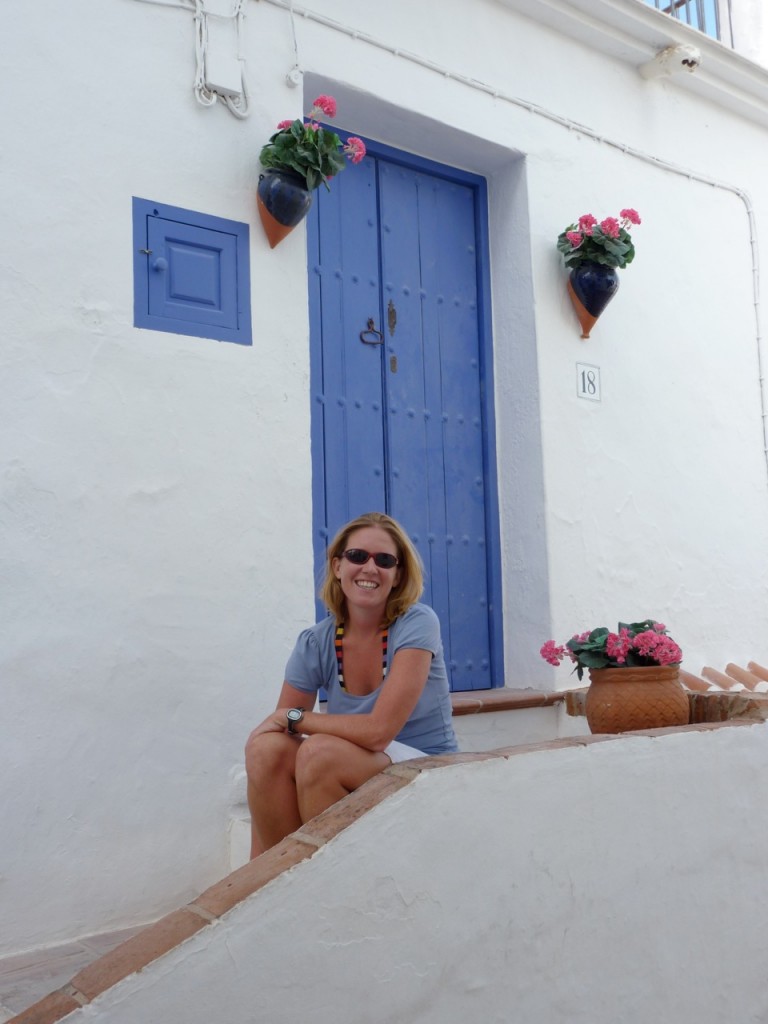 I catch homegrown Aussie Casey Death returning from her weekly Saturday market shop at El Palo in downtown Pedregalejo – a small picturesque Spanish town and the birthplace of Picasso – just outside Malaga on the southern coast of Spain. Growing up in a foodie family in the New South Wales town of Taree, Casey moved to Spain for a six-week study jaunt and immediately fell for the place. And fell for it hard. She took no time living and breathing this new way of life – embracing the Spanish culture and its influence on the cuisine surrounding her.

Nine years later she turned her love for all of this into a culinary business venture and in 2008 Biznaga Travel Company was born. Casey discovered there was far more to the southwestern European country than chorizo, churros and paella. Spanish clichés aside she set about sharing her passion for food and wine and Spanish gastronomic finds with fellow Australians wanting to experience a one of a kind culinary tour. And, not to be Spain biased, Casey also plans to eventually make this a reciprocal endeavour and give Spaniards a taste of Australia.

Speaking with Casey her Spanish references roll of the tongue beautifully and if her routine market finds alone weren’t enough to make me pack my bags and head back to one of my favourite European countries, the picture she painted of her beachfront facing studio apartment and stones throw to all the seafood restaurants, tapas bars and pavement cafes the seaside town of Pedregalejo has to offer, were almost enough for me to cheekily ask whether she might need a roomie. 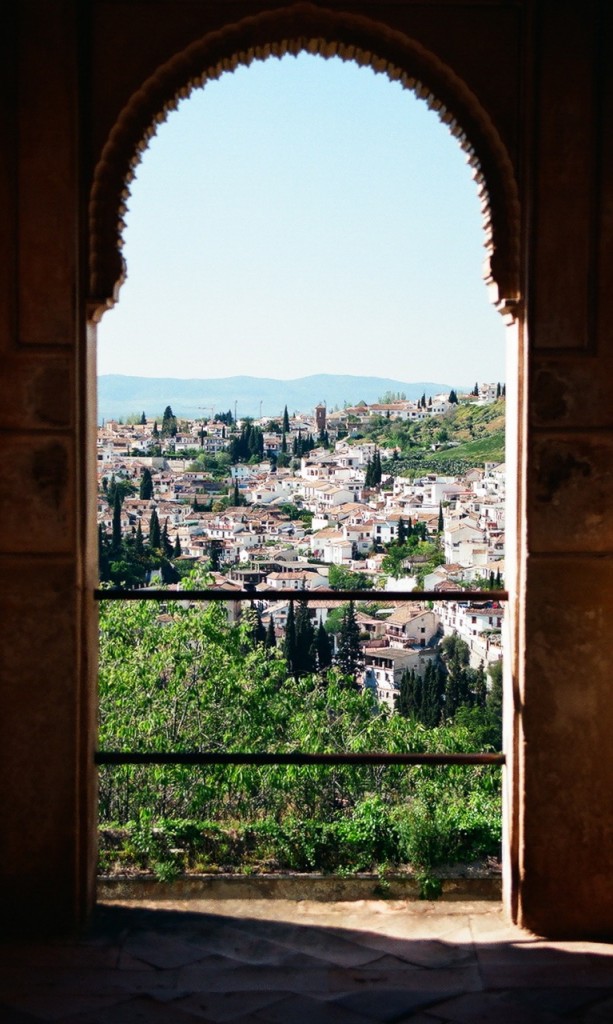 Casey shares her love for Spain, the culinary culture it is synonymous for, how her one of a kind gastronomic tours came about – and not forgetting her Australian roots – why she’ll always routinely return to her homeland.

So, what inspired you to set up shop in Spain and start Biznaga Travel Company?

I came to Spain nine years ago with the intention of studying for six weeks. Then all of a sudden I had a Spanish boyfriend, who showed me and taught me so much about Spain. He would take me out to fabulous restaurants so I could experience the food, he taught me how to clean out these little fish called boquerones, and I was lucky enough to spend days with his grandma cooking their family recipes; it was just incredible. After two years my dad called and suggested it might be time to start ‘making a living again’. I loved having friends and family visit me in Spain and sharing my experiences with them. So I decided that setting up my own business would allow me to share these kinds of experiences and allow me to stay in Spain. I wanted to give people an insider’s look without them having to come and live here. Kind of like a shortcut to living here.

What is a typical day in the life of Casey?

Well, I definitely don’t have a typical day and I’m glad I don’t. Over here you can’t start the day without a coffee and this is when I generally scan the Australian and Spanish newspapers online to see what’s happening. And then my day is dictated by the trips I’ve got coming up and that I need to organise and plan for. I do a lot of contacting throughout the day to people in every little part of Spain for every different thing you can think of – whether it be cooking classes, jamón factories, vineyards, olive farmers, restaurants or markets.

You were obviously quite taken by Spain, can you tell us what drew you in?

I remember the day that I arrived. I was only meant to be here for study and wasn’t sure what my plan would be after that. My dad called me on the morning I arrived as I was walking along the esplanade. I had only been there an hour and remember saying to my dad “this is going to be a problem.” I love the attitude to life in Spain; everything is live in the now and enjoy every moment. What I love most about Spain is their philosophy to eat everything when it’s in season and eat things as locally as possible when it has the best possible flavor – it mirrors the philosophy of the slow food movement. Not to mention it’s a fantastic lifestyle over here. In Malaga there are on average 330 sunny days a year so it’s impossible not to be happy here. You can go to the beach all the time, the weather is temperate and there is always something happening. And I’m not just talking about tapas and drinks somewhere, but sometimes I’ll just find a bar along the beach and have a Moroccan mint tea (a girl after my own heart!)

What research is involved in coming up with your Biznaga itineraries?

The biggest part of my job is that I will never take people places I haven’t been before so most of my time is spent meeting and greeting and building relationships. If I’m not researching, I’m out on tour. It’s labour intensive: I have to stay at all the hotels, I participate in all the activities, I meet all the people, I eat in all the restaurants, I drink all the cocktails (laughs). You have to do all these things you know! Each trip is tailor made so each time I do something different. In Spain everything works on relationships so I think it’s really important to meet people face-to-to face. Once you do, everything changes and doors just seem to open. 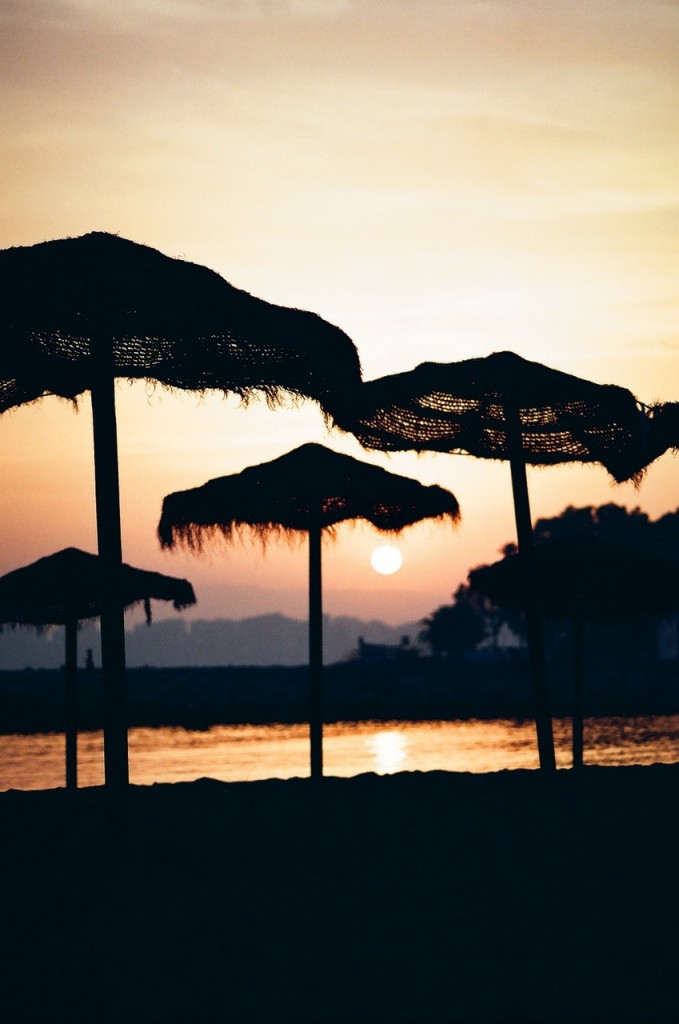 Do you plan to have Spaniards experience our food and wine culture in the same way that Australians are experiencing Spain through your tours?

I have this logic of what I do in Australia is that everyone knows about Italy and France and what they have to offer, but Spain is a relatively new destination, particularly for Australians. And I guess I see my job in Australia as educating people about what’s so great about Spain. I do a range of things in Australia, like dinners where we’ll do wine tastings or jamón cutting. In the future I’d love to bring Spanish people to Australia and do the same. At the moment there’s just not much money in Spain, the economy is low and Spaniards aren’t huge travellers, but this is definitely changing.

How do you share yourself between Spain and Australia?

I’m back three times a year. Most of my time is spent in Spain but I generally come home a couple of months at the start of every year, during the Australian summer and when it’s winter in Spain. I love to live summer to summer. It does depend on what’s happening throughout the year though. The business has really taken off more quickly than I expected, which is fantastic, so I do try and be in Spain as much as possible because there is so much business coming this way. 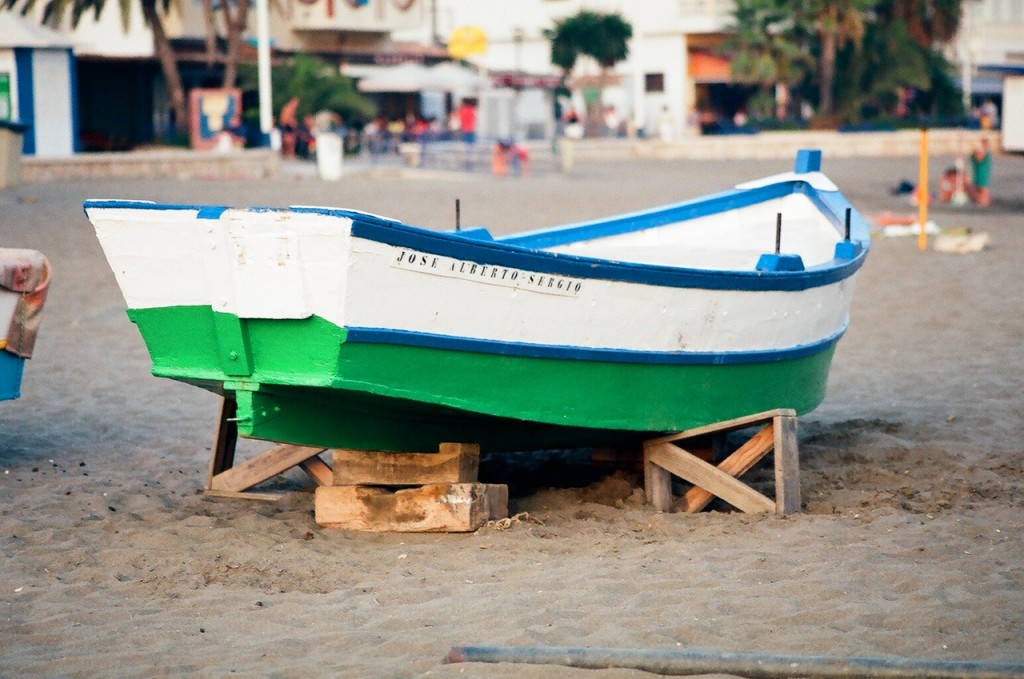 What do you relish about coming home to the motherland?

I love that everything is so easy in Australia. Sometimes there are days in Spain where I just want to pull my hair out because things don’t happen like they do in Australia. In Australia everything…just works.  I really miss the beaches so the first thing I do is jump into a wave. I’m on the Mediterranean Sea here so it’s flat as anything. There are some waves on the west coast but I need a decent wave to jump into! I really miss the range of multicultural food available in Australia too. I love Asian food and we just don’t get the quality here and if we do it’s exuberantly expensive. My rule in Australia is to eat as much Asian food as possible. I love that Australia has so much great food and culture.

And finally, can you give us some tips of where to find the best Spanish fare in Australia?

There are some high quality Spanish restaurants in Australia now and I work closely with a lot of them. I’m a big fan of Movida. I love Movida original…actually, I love them all but the original Movida is my favourite. Bar Lourinha in Melbourne is fantastic as well. In Sydney I like Delicado and Bodega and I love the new one called Extra Virgin Fine Foods. In Brisbane my favourite is Moda and Ortega is great too. And (Casey jokes), maybe someone will invite me to eat at their restaurant after reading this. Not only are there great restaurants in Australia, there are some amazing delis, produce and wines. There really is so much to show people in Australia.

To find out more, visit www.biznagatravelcompany.com for details.

Give Your Tastebuds a Present; Take Them to Taste of Melbourne

We live in a cynical age. Never have conspiracy theories been more popular, never has trust in the government seemed...
© Onya Magazine 2009 - 2021
Back to top