Say It With Sandwiches: Send A Limited Edition Helga’s Surprise 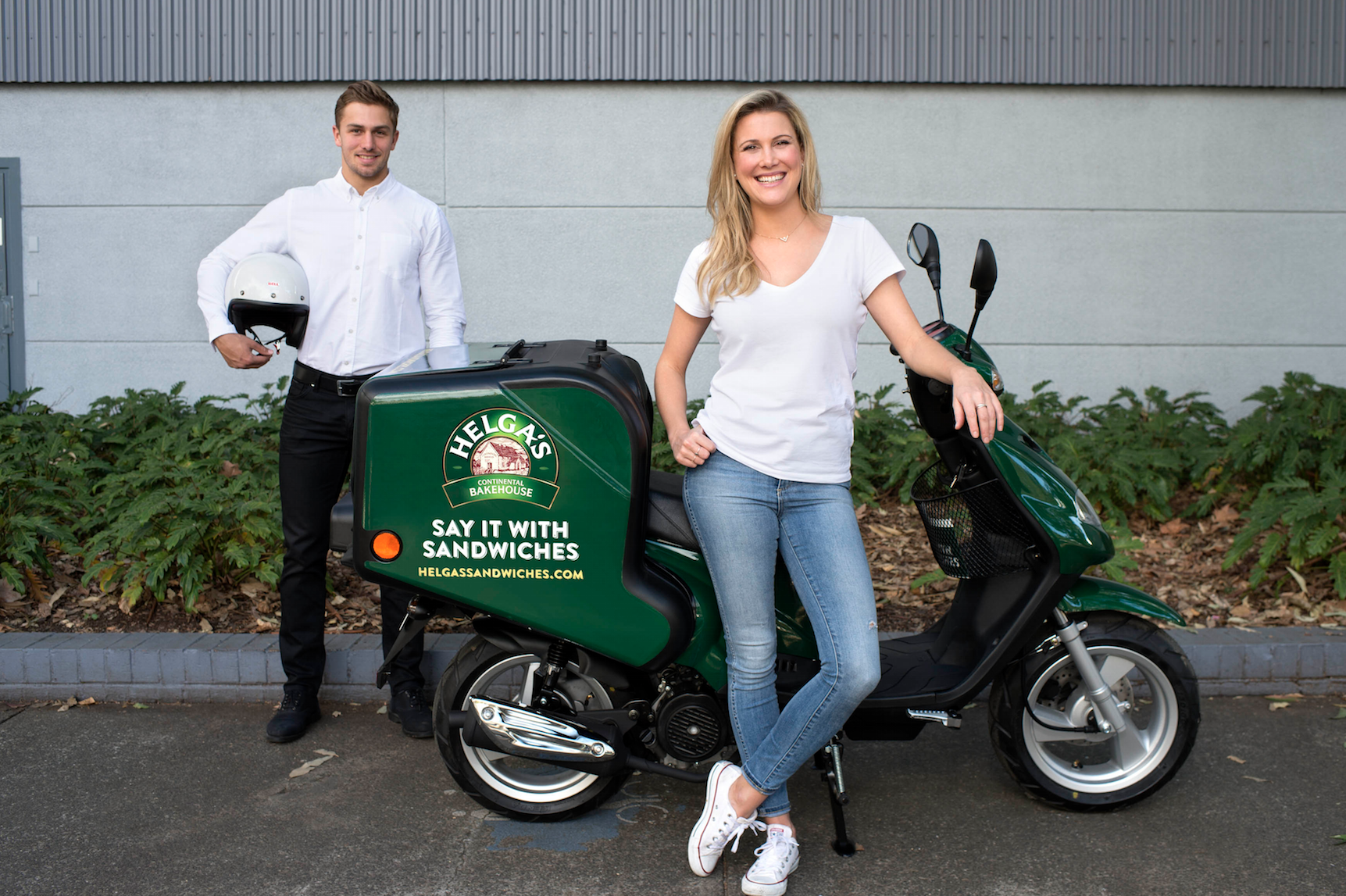 Helga’s is giving you the chance to show how much you care for someone special by sending them a limited edition Helga’s sandwich to help you ‘Say it with Sandwiches’.

For just $6, you can choose from one of five different gourmet sandwiches to be delivered to the door of a friend or loved one in Sydney or Melbourne by a stylish Helga’s scooter accompanied by a hand written note from you – just like ordering a bunch of flowers!

Featuring sandwich recipes created by well-known TV food personality Justine Schofield, only a limited number of gourmet Helga’s sandwiches are being made each day. And each day a different sandwich is on offer – so it is first in best dressed!

With all proceeds being donated to Foodbank, Helga’s ‘Say it with Sandwiches’ deliveries will take place in Sydney’s CBD over lunch-time from Monday 15 August until Friday 19 August. Last orders will be taken on the morning of Thursday 18 August, unless the sandwiches are sold out earlier.

After that it will be Melbourne’s turn for #HelgasSandwiches. Melbourne CBD orders are being taken now through to 1 September (unless sold out earlier) with deliveries being made over lunch-time between Monday 29 August until Friday 2 September.

Proving that sharing is caring, each $6 sandwich ordered through Helga’s ‘Say it with Sandwiches’ will allow Foodbank to provide over 10 meals to people in need. In addition to the ‘Say it with Sandwiches’ campaign, Helga’s is also a key supporter of Foodbank’s Food Fight campaign and will provide 10,000 meals or more as a result of their combined promotion initiatives.

Have a whole meal on me: Roast pumpkin, onion jam and provolone sandwich with Helga’s Traditional Wholemeal

Those outside of the Sydney or Melbourne CBD won’t miss out; Helga’s has created a virtual sandwich maker, complete with different breads, ingredients and condiments for anyone looking to send a friend a virtual sandwich. For the first 1,000 virtual sandwiches created, Helga’s will donate 50c per sandwich to Foodbank, providing funding for a further 1,000 meals to people in need. 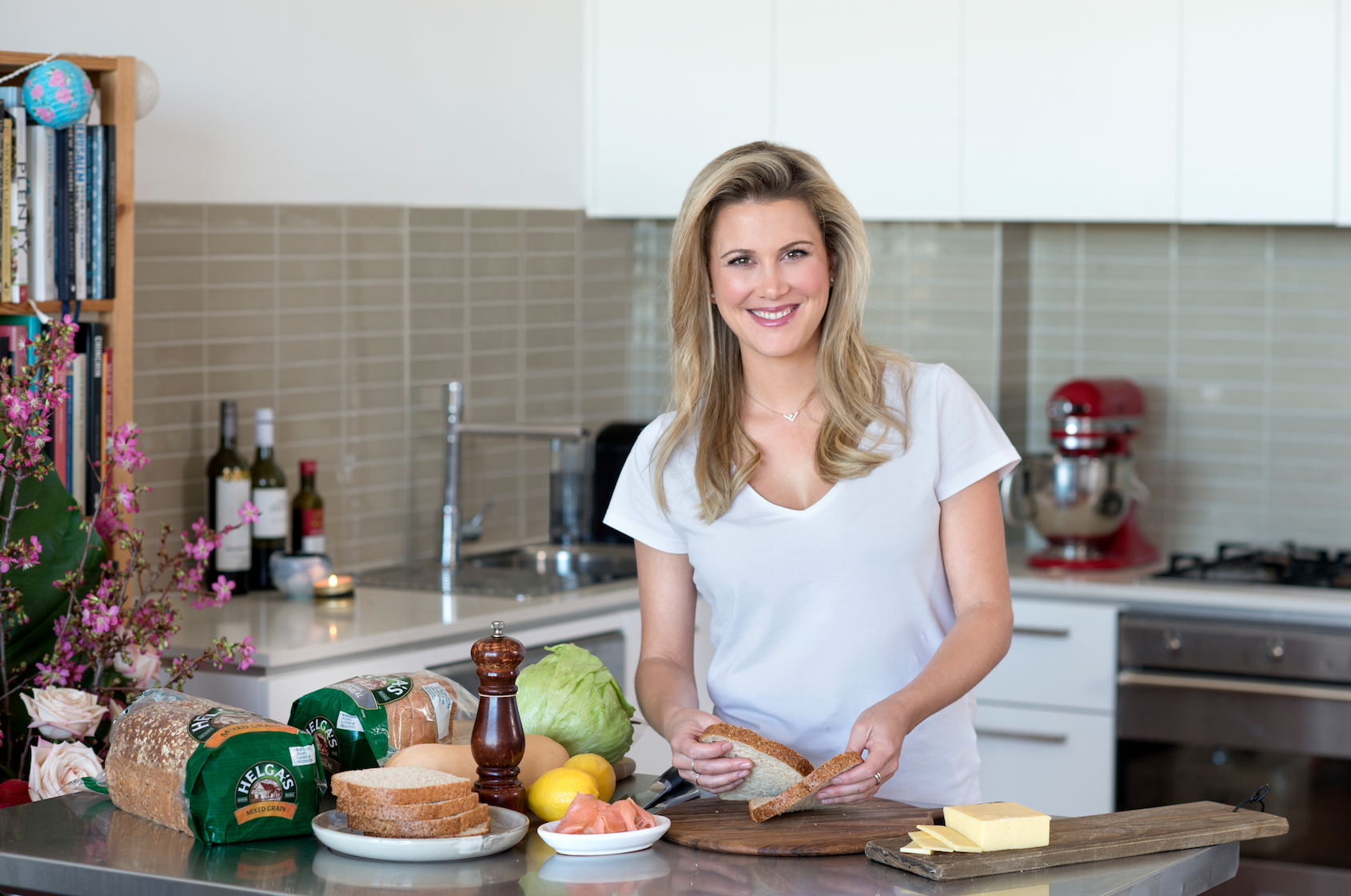 How does it work?

When devising the Helga’s ‘Say it with Sandwiches’ recipes, Justine has included some of her friends and family’s favourite fillings, all of which are lovingly sandwiched together with Helga’s wholesome bread and wraps, baked fresh daily using the finest ingredients.

“For me the most enjoyable part of cooking is making my friends and family happy, so I loved the idea that people could share a tasty Helga’s sandwich with a special someone while raising money for a great cause,” says Justine.

“We wanted to inspire people to ‘Say it with Sandwiches’ in a different way every day so we’ve named the sandwiches to reflect this. My favourite is Thursday’s ‘Let me rye you lunch’ – a winning combo of pulled pork, miso mayo and crunchy cabbage salad, which goes perfectly with Helga’s Light Rye bread,” she   added.

Foodbank CEO Brianna Casey welcomes the initiative saying, “We’re hugely grateful for the donations that Helga’s ‘Say it with Sandwiches’ will achieve. With a goal to help provide over 10,000 meals for people that are doing it tough, this is the perfect occasion for people to show how much they care for those close to them, whilst also supporting a much bigger cause.”

Helga’s is joining Foodbank in the fight to end hunger in Australia. In Woolworths stores across Australia, for every loaf of specially marked Helga’s sold in August, Helga’s will donate two slices of bread to Foodbank to help Aussies in need. 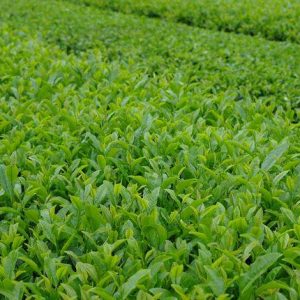 Everyone knows about eating their greens, but there’s another lesser-known green that gives common ‘superfoods’ a run for their...
© Onya Magazine 2009 - 2021
Back to top