It’s a match made in food heaven, with Kellogg’s Coco Pops and Gelato Messina coming together to release a lip-smackingly tasty limited edition flavour ‘JUST LIKE A MILKSHAKE’.

Hitting cups and cones for one week only from Wednesday, 16 March, the Coco Pops gelato by Messina is the ultimate combination of chocolate milkshake gelato – chocolate cereal milk gelato with crunchy Coco Pop clusters.

Gelato Messina’s Declan Lee said when Kellogg’s approached the team they were excited by the challenge.

“We all have such a deeply nostalgic love of Coco Pops, and of course all the slogans!  Playing around with the base flavour of Coco Pops cereal milk gelato and adding the clusters has resulted in something very tasty. We’re happy with the result, but as always, the ultimate test is always once it’s in store,” Lee said.

The limited edition flavour will be in Gelato Messina’s 12 stores across Sydney, Melbourne, Coolangatta, and even Las Vegas, USA.

Australians have been scooping Coco Pops and slurping the chocolatey milk for 55 years. The effervescent face of the brand, Coco the Monkey, has also been updated with a fresh new look as the new packs appear on supermarket shelves now.

Kellogg’s Coco Pops brand manager Neil Wilson said working with Messina on this special edition is what Coco Pops is all about – a treat for the kid in all of us.

“We’ve seen many creative uses for Coco Pops from chocolate crackles to milkshakes and muffins, but we’re really excited to partner with Messina to announce a limited run of ‘JUST LIKE A MILKSHAKE’, which should make the recent warm weather even more enjoyable,” Wilson said. 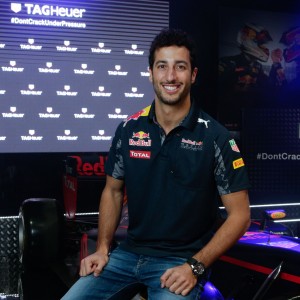 The Veuve Clicquot was flowing as the sun set over a full-house of Melbourne identities and celebrities last night,...
© Onya Magazine 2009 - 2021
Back to top