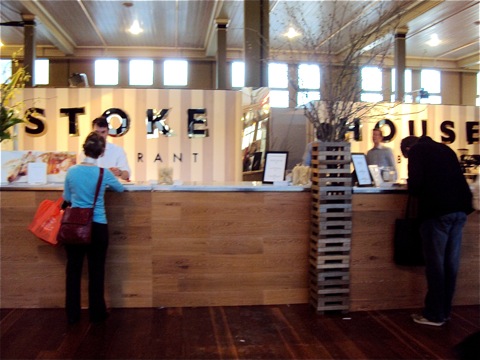 It was every foodie’s dream come true at the Royal Exhibition Building, which played host to the 2010 Taste of Melbourne festival from August 26-29.

Back for its third year, the annual celebration of food and drinks showcased the city’s finest restaurants and 40 of their first-class signature dishes. Melburnians flocked to the Carlton venue in their hundreds to mingle with high profile chefs and indulge in their own predesigned degustation menus.

Having only popped my Taste of Melbourne cherry over the weekend, I initially felt overwhelmed at the smorgasbord of gastronomic temptation.

Before long, though, I too joined the collective oohing and aahing of the crowd, letting slip occasional outbursts of the ‘I think I just died and went to heaven’ variety. My book of Crowns – the special currency used at the festival, whereby one dollar equated to one Crown – ran out faster than you can say ‘spicy tuna tataki’.

The first stop on my four-hour food odyssey was The Palace by Luke Mangan and judging by the queue, I could tell I was in for a treat. While most made their way back to their tables holding their miniature Wagyu burgers aloft in admiration, I only had eyes – pardon the pun – for the eye fillet. For twelve Crowns, the exquisite cut of meat nestled on a mound of creamy potato mash and accompanied by a winning Bordelaise amounted to nothing short of melt in your mouth goodness. 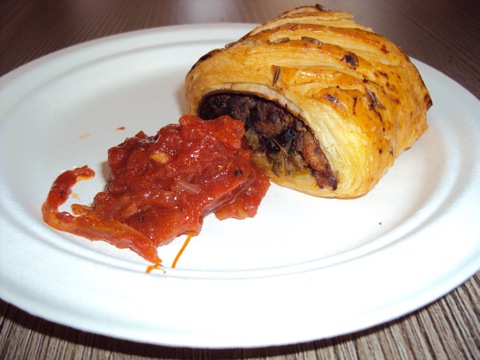 Next on my hit list was The European. I had never tried rabbit before crossing the Taste of Melbourne threshold, so the wild rabbit sausage roll with tomato kasundi on their menu piqued my curiosity. Though reluctant at first, I was pleasantly surprised. The rabbit had a unique but subtle game taste to it, which was complemented perfectly by the sweetness of the tomato chutney; an innovative take on the traditional sausage roll and tomato sauce.

Appetite temporarily sated, I decided to sit in on the Australian Gourmet Traveller Taste Kitchen. Manning the stove was Riccardo Momesso, executive chef and owner of Italian bistro Sarti. In less than 30 minutes, I not only learnt that I have been mispronouncing ‘pistachio’ for the better part of my adult life, but also that the pistachio panna cotta with caramel salted popcorn rustled up by Momesso was dead easy to make. Of course, that didn’t stop me from taking the stairs two at a time to polish one off at the Sarti stand.

But the true highlight of my day at Taste – possibly my week – was the Stokehouse Bombe – strawberry sorbet and white chocolate parfait encircled by a toasted meringue and sponge base. For lack of a more sophisticated description, it was, quite literally, the bomb. The creaminess of the parfait and the acidity of the sorbet balanced out the sweetness of the meringue, resulting in an explosion of flavours that would make event the most ruthless of critics go weak at the knees. 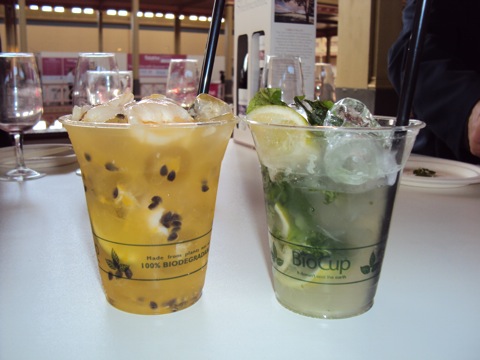 The day wouldn’t have been complete without a few cocktails. I ordered a Ping Pong from Longrain Bar, a vibrant concoction of Eristoff vodka, lychees, lychee juice and passionfruit. I also snuck in a sip or two (or three) of a friend’s Moscow Mule – vodka topped with ginger beer, fresh lime and mint leaves – a refreshing end to a slightly hectic but satisfying day.

Also on this year’s circuit was the Producer’s market and the Yarra Valley Farmers Market, exhibiting over 100 food, wine and produce stalls for patrons to sample and purchase. 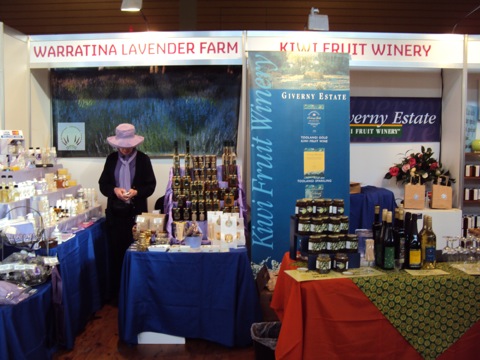 A first-timer at Taste this year was Giverny Estate Kiwi Fruit Winery stallholder, Lorraine Hunter. As part of the Yarra Valley Regional Food Group, Hunter took the opportunity to bring the winery’s one-of-a-kind products to a different environment.

“There are lots of things that commercial operators don’t have. It’s very expensive for a small operator to come and when you look at all these other stands here, you compete against that. But it’s been good; there’s certainly been lots of interest.”

Joining Lorraine from the Yarra Valley was Warratina Lavender Farm’s Annemarie Manders, who wanted to give visitors a taste of what they would not be able to find in the city.

“Urban people want to experience a rural experience, but they don’t want to get dirt under their fingernails. This is an opportunity to market our industry.”

So, whether you’re a hardcore foodie wanting to get in touch with your inner epicure or like me, and simply love good food, the Taste of Melbourne festival is one to mark down on your 2011 culinary calendar.

My only regret is not having enough time to sample everything. But no matter; I’m already sharpening my cutlery for next year.

To say Aboriginal art is popular is something of an understatement, something that would probably provoke a ‘well, duh’...
© Onya Magazine 2009 - 2021
Back to top