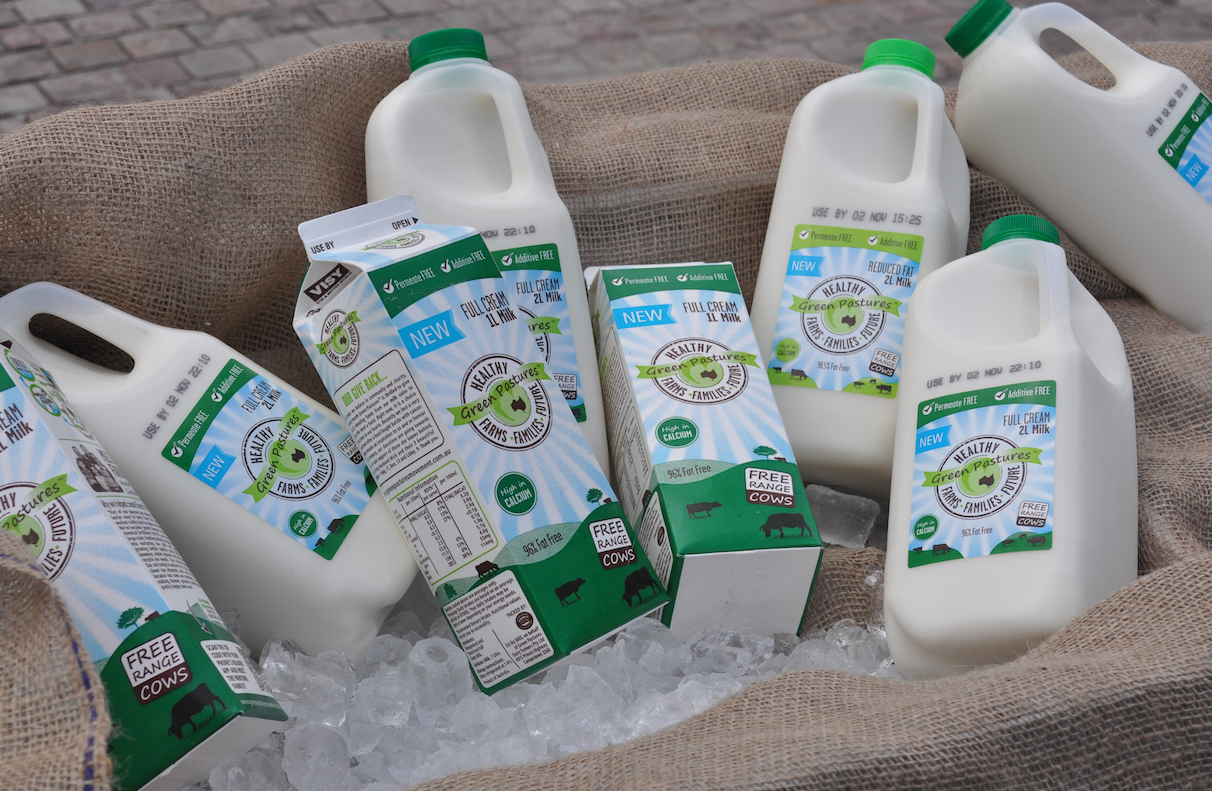 A small group of Western Victorian farmers have launched a new environmentally-friendly milk as new research shows 80% of people believe that food allergies, increased cancers and health matters result from the food they eat, how its farmed and processed.

Five multi-generation farming families, who are committed to ‘green farming’, have banded together to create a new eco-conscious milk brand called ‘Green Pastures’ which is now available at more than 400 Coles stores across Victoria, New South Wales, ACT and South Australia.

The farmers have gone ‘back to grass roots’ and developed a unique, world-leading sustainable composting program which has resulted in outstanding results.

The milk was launched in Melbourne in late October as a survey conducted this month by ResearchNow confirms that Australians are interested in food that is grown in a more sustainable, less chemically-altered way.

The survey of 1,018 consumers around Australia found: 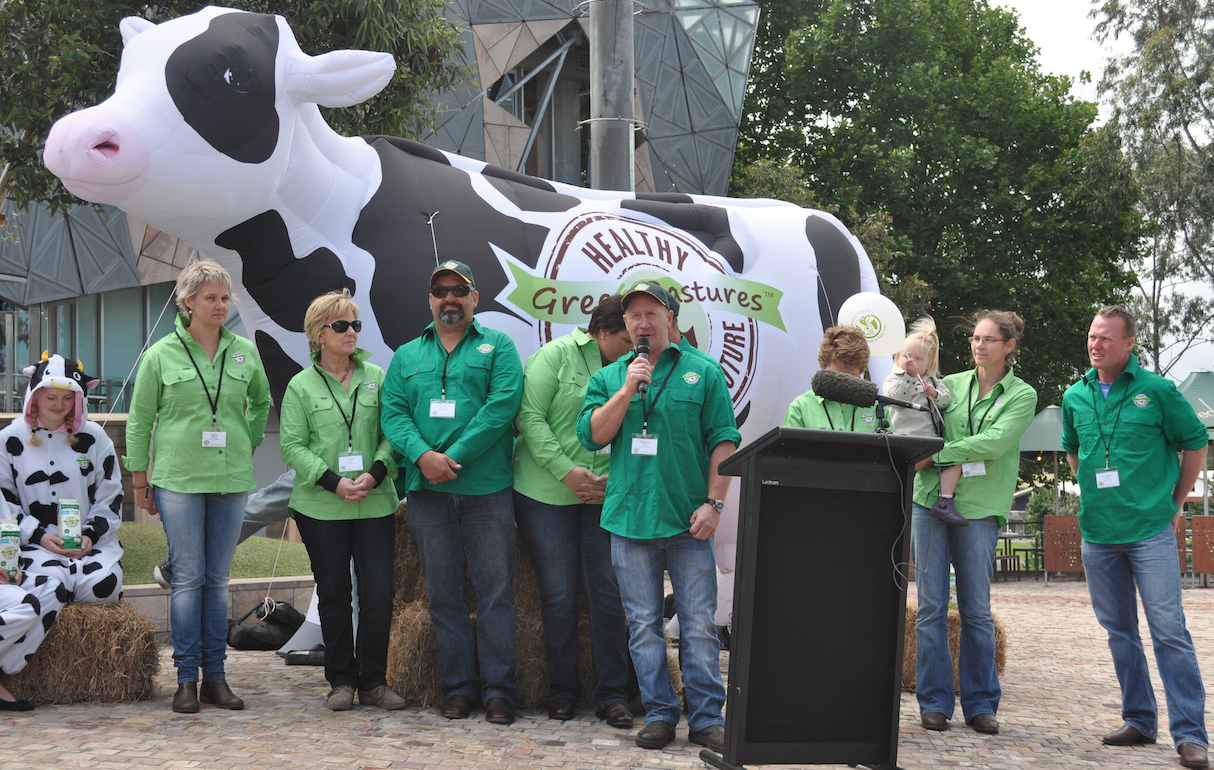 “We’ve gone back to grass roots and started with the source – the soil. Better soil means we grow lush, nutrient rich grass and with better grass going in, means we can produce wholesome milk that is better for you and your family.”

All waste on the Green Pastures dairy farms is recycled to create natural, organic compost for fertilising, replacing chemical synthetic fertilisers, insecticides and herbicides, and returning the soil to its natural, healthy state.

One Green Pastures farming family has reduced the chemicals they use on their farm by more than 81 per cent, including reducing the use of insecticides by 100%. Another has reduced chemical/synthetic fertilisers used on the farm by some 600 tonnes per year.

In a first for the dairy industry, Warrnambool Cheese and Butter Factory has agreed to package the farmers’ milk.

“We are pleased to support this small group of Victorian farmers with their initiative to take ownership of their milk all the way from their farm to the supermarket shelf,” she said.

“We also wanted to stock Green Pastures as part of our efforts to provide customers with more choice. Our customers are increasingly keen to know how their food is produced and to know that it is nutritious and produced in an environmentally-friendly way.”

Libby Van Donk, another of the Green Pastures founding farmers, who farms with her husband Peter, says: “We see ourselves as custodians of the land. It’s our job to ensure the soil is healthy for generations. We are farming sustainably and producing a great quality milk and we hope others will follow in the years to come.”

“We’ve worked really hard and taken some pretty big risks over the last five years to change the way we farm completely. Now to see us come together and be able to put our milk on your kitchen table, it’s been a big challenge. We hope Australia gets behind us and enjoys a better milk for it”, says Tim McGlade, another of the five Founders.

Maggie Beer had this to say about the Green Pastures initiative:

“We must protect our farmers or all will be lost from the way of life as we know it. Cows have value, milk has value and farmers have value to our food, world and our society.”

“Green Pastures is a great initiative from a group of framers who farm ethically, using their own waste products and greatly reducing chemical fertilisers. This is a great sustainable and carbon friendly method of farming and the milk they are producing tastes amazing.”

Lime Cordiale at The Toff In Town

WOnderful to see other farmers following the lead of John Fairley from COuntry Valley Dairy in Picton, NSW who decided to process his farm’s milk in 2002. Since then he’s been farming biologically and last year, commenced a scheme with the Randwick City Council to compost all their green waste form return to his pastures.
John hasn’t used any herbicides, pesticides or fungicides for more than a decade with increased health of his herd, plus higher milk production.
We need more Green Patures and Country Valley dairies……congratulations to them all.

I think farming industry in Australia has a bright future if more do what these guys do. It’s what consumers want and it’s what the environment want. Even people in China would appreciate such products as they will be perceived as better for health. Huge potential there!

I am also concerned about animal welfare. Not much is mentioned about the life of the cows. Would you give me a rundown on the conditions they live and die with please? Thank you Jenny 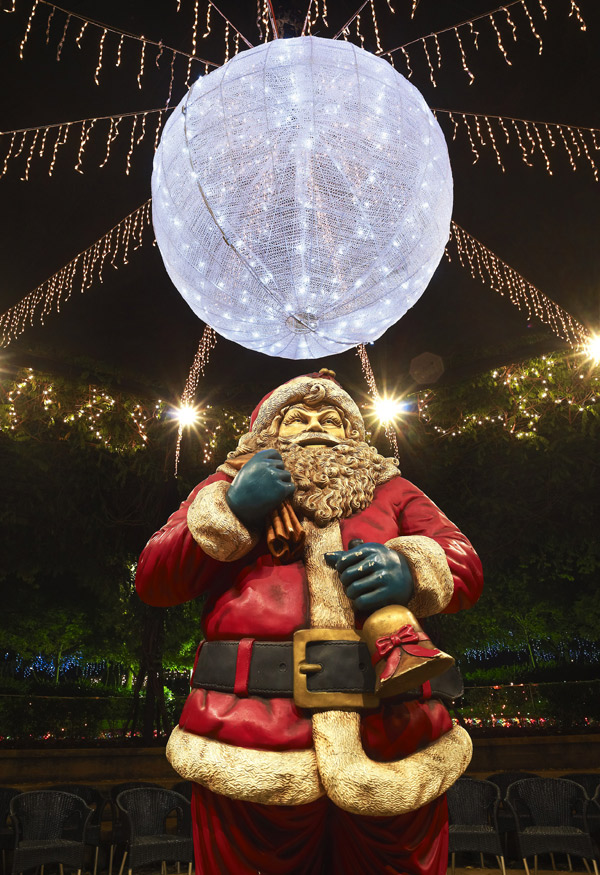