Adelaide Chefs Head To The Hills To Forage Ingredients 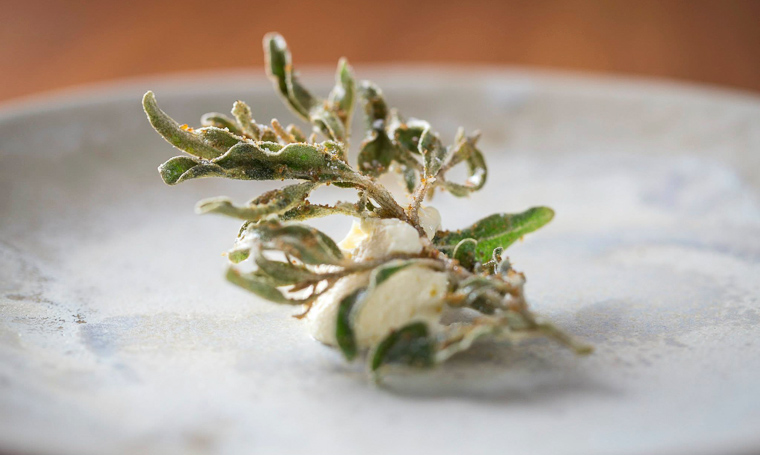 If wild food devotee Jock Zonfrillo has his way, sales of herbicide in the Adelaide Hills will soon be starting to dry up. James Bowman reports.

“No, you can’t spray that,” he told one eager Hills farmer recently. “That’s three-corned garlic, delicious grilled on the barbecue, great with grilled yabbies from your dam.” Until then, the farmer had known the seemingly noxious white-flowered plant only as onion weed and the thought of eating it had never entered his head.

That’s the sort of transition Zonfrillo and his team of chefs at new Adelaide restaurant Orana are hoping to achieve not just for their customers but for landowners as well.

In a way it’s a second coming for wild food in Australia.

Thirty years ago, bush food pioneers such as Vic Cherikoff and Adelaide’s Andrew Fielke attempted to popularise bush food ingredients such as bush tomatoes, warrigul greens and Davidson’s plums, but with limited success.

This time it’s different. With so many top European chefs now making a feature of putting foraged wild food on their menus, it’s hardly surprising some of Australia’s top chefs are following the trend.

There’s now a much broader fascination with foods that can be found in the wild. And for Zonfrillo and his chefs, there’s an added dimension that’s vitally important, a sense of connection with place, with nature and the seasons.

“These are not just ingredients. Foraging is about having a connection to where you are, an understanding of nature and the seasons. There’s a lot to be said for chefs picking ingredients at a particular time of year, being able to identify when trees and shrubs will be flowering. It embeds seasonality into the brain,” he says. “This is a huge step that somewhere at some point became forgotten.”

If it seems curious that it should be a Scot leading the way among Australian chefs in his quest for wild food, Zonfrillo points to the fact that he’s been doing it all his life – since he was a boy back in Glasgow, when he would pick wild garlic, sorrel and nettles.

“What really hit me was the idea that you could go anywhere and get a meal if you knew what you were doing – this amazed me and  still does to this day; I never tire of it,” he says.

As an apprentice he was taught about deer, “not just about the deer but also its habitat and what grew around that area, mushrooms, moss, wild garlic, willow trees, Rowan trees, giant firs.”

Later, in Australia, he was taken fishing in the Kimberley by local Aborigines. The trip started a longstanding relationship he has maintained with Aboriginal groups around Australia.

“There is a huge blind spot in Australia towards Aboriginal people, their food and ingredients,” he says.

“It’s changing, but very slowly. I hope to change people’s perceptions by creating a style of food that uses native ingredients and the philosophies of the lands past to re-imagine a new Australian cuisine.”

He says it will work because people around the world are actively seeking food that is more natural, less processed, and where true provenance is key.

Zonfrillo describes the wild food pickings available on Adelaide’s beaches, hills and parks as “ridiculously rich”. They’re all reflected on a menu that generally starts with up to 20 snacks such as crisp saltbush, kutjera and sour cream, cured suckling pig and pickled wild garlic, snapper with ruby saltbush and sea celery or yabbies with finger lime and aniseed myrtle.

Some of the ingredients, such as pandanus leaf, come from Australia’s east coast, others from Arnhem Land and the Kimberley, but an amazing amount are from Adelaide’s own backyard.

While voicing a stern warning to amateur foragers not to pick anything they can’t properly identify, Zonfrillo reels off a long list that those Adelaide Hills farmers should be looking for (and not spraying), including fat hen, about 12 different sorts of wild pea, chocolate lilies, orache – a type of saltbush – hawthorn, crab apples and wild artichokes.

But the ingredient that currently has Zonfrillo most entranced comes from the sea: a brown, knobbly seaweed that after its initial saltiness tastes exactly like black truffle. Yum.

LEKKER Encourages Riding as an Australian Way of Life 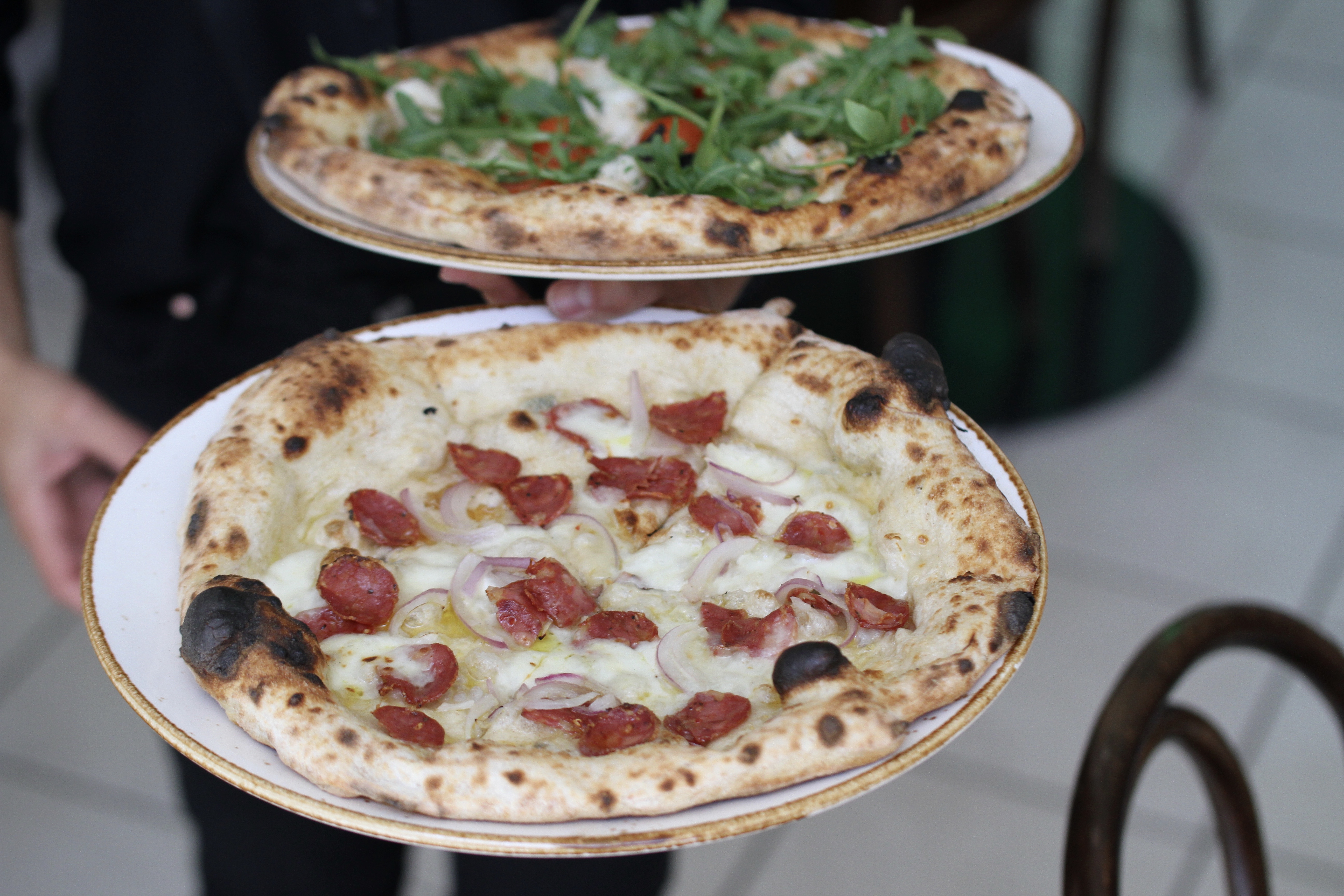 I have to laugh when chefs announce that they’ve found something new and exciting that no one else wants to know about when, in fact, it’s been part of the landscape for eons but people just don’t crow about it like they feel the need to.

Foraging in Adelaide is not new and nor is eating it in restaurants. Red Ochre and Celsius immediately spring to mind as do a few cafes who have been serving up weeds, natives and other unusual plants for eating for the better part of two decades (that I know of as I’ve only been around for 40 years). Ayhan Erkoc (from Celsius) is a forager from way back. Way before Jock arrived on the scene…a scene he thinks he invented 🙂

This article paints Zonfrillo as some kind of expert or botanist when it was locals like me who actually gave him the idea and helped him identify the plants he now uses. He also tried to tell me that smoking fish with carob was his idea….until I pointed out that locals had been using bark from the carob trees in the area for a long time and that he was burning his wood too hard.

And for the record, not all plants were used by Aborigines. Early white settlers as well as Chinese and Afghans also showed indigenous how to use certain plants and it is a convenient myth to suggest that such exchanges happened only one way. It didn’t. And this is easily checked if you read history.

Seaweed that is brown and knobbly and tastes like black truffle? That’s dulse (pepper dulse actually) and apart from it being in Australia it’s very common in Scotland and has been used in cooking there and in Ireland for centuries. He should know that if he was a forager in his native country.

I love Jock’s passion but he’s full of shit. 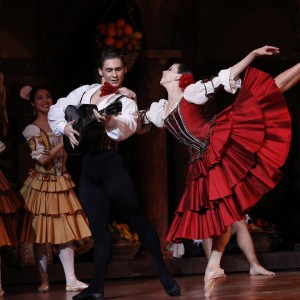 Imagine: Hours of dancing. Men in tights. Romance. Classic music. And comedy. Except the jokes have no words and the story...
© Onya Magazine 2009 - 2021
Back to top