7 Gripes I Have With The Melbourne ‘Foodie’ Scene… 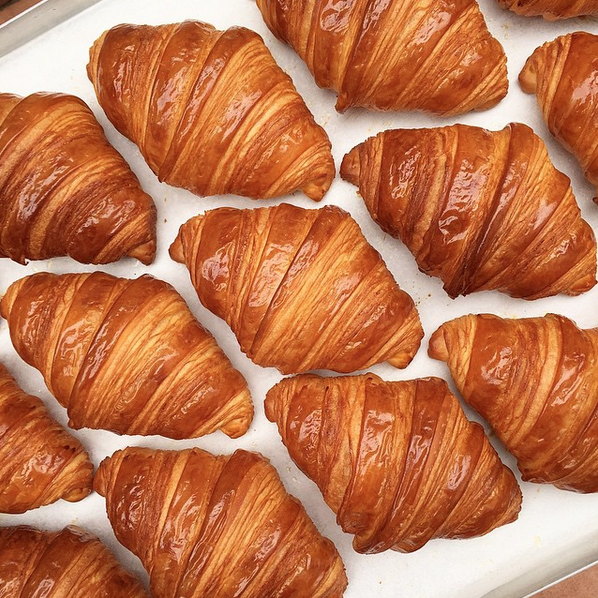 I love Melbourne, I really do, but lately a few things have been getting under my skin when it comes to the ‘foodie’ scene. Maybe it’s because I turned 30 this year and I’m not as patient as I used to be, or maybe I’m just sick of the snobbery that goes hand-in-hand when it comes to dining out. Don’t get me wrong, this amazing city is home to some of the best cafes and restaurants in the world, but do we really have to jump through hoops to experience it? Do we really have to line up for three hours + to eat an effing croissant, take a food dictionary with us every time we want a smoothie and spend half our life trying to organise a group dinner? Everyone who knows me knows how much I love food. I’ll pretty much satisfy a craving at any time of the day or night and I’ve even been known to tear up at the sight of an amazing pizza or doughnut. Call me old-fashioned or just plain grumpy but what ever happened to accommodating the customer? Since when did the dining circuit change so much that now you should feel privileged to even get a table at some of these “highly-regarded” places? Why is eating out now conditional upon so many rules and regulations?

Here are some of the many gripes I have. It feels good to get them out…

The ongoing curse of the group booking.
Got the job of organising a dinner out with friends? You might as well stick a label on your forehead that says SUCKER because you’re in for a damn good ride. For one, don’t even think about making a reservation at any of the restaurants your friends have suggested. They don’t take them. And secondly, if your party exceeds more than six people, I hope you’re ready to sign up for an $80pp set menu and a capped two-hour sitting time. Oh, and that’s only if you find a restaurant that TAKES BOOKINGS, otherwise it will be YOU, dear organiser, braving the queues at 5pm to get a table… But remember even if you are lucky enough to make it to the front of the queue by 6pm without killing anyone, you can’t be seated until your entire party arrives. Fun, hey?

Excuse me, do you split bills?
This is an oldie but a goodie. Are you someone who shrieks with excitement when the restaurant actually splits bills? I am. It means I don’t have to go out trekking the streets for a goddamn ATM when all I want to do is go home and put my Asian fusion-food belly to bed. It also avoids that horrendously awkward moment of getting the calculator out while everyone takes it in turns saying ‘I only have $20,’ ‘but I didn’t have a drink…’ and ‘don’t you owe me money for the gas bill anyway’. MORTIFYING. I’d rather stab myself in the knee with a rusty nail than deal with that noise. Sure, I know what you’re thinking. I could just go to the ATM before I get to the restaurant, right? Well when I have to get to the restaurant at 5pm to save the flipping table, I really don’t think that’s going to work now, do you?

The cash only clan.

These guys really annoy me. Who ARE you? It’s 2015 not 1975. Get with the times and install a bloody Eftpos machine.

Get in line.
I’ve done it. You’ve done it. We’ve all said we won’t do it again, but we have and we will. Queuing. Yes, I realise I’m not always going to walk into a restaurant and get a table as soon as I want one. I also know that unicorns aren’t real and money doesn’t grow on trees, but getting to a restaurant at 5pm to hopefully eat by 8pm is really only adding to my anxiety. It’s the end of the week, all you want to do is enjoy a nice dinner with friends and suddenly you’re thrown into a crazed frenzy of getting to the restaurant on time, making sure everyone is there, ordering quickly. It’s enough to make you want to scream “HAS THE WORLD GONE MAD?” at the top of your lungs while running around banging your chest. Granted, at some places, like Chin Chin and Cumulus, there are in-house bars to shower yourself with cocktails, but damn man, I’m then going to be tanked by the time I actually get to eat my meal, which I’m likely to forget anyway! And has anyone been on the Mamasita stairs? I know that corn is good but one step every fifteen minutes. Come on!

The cafe time keepers.
These guys have serious skills. You know them. They’re the ones you approach to put your name on the list for that cafe you’ve been dying to try (you know the one that’s owned by the same owner of that other one that was in Broadsheet?). Well these guys can tell you exactly when your table will be ready. “Twenty minutes,” they say without hesitation. How the hell do you know when that family of four is going to finish their mountain-sized stack of corn fritters and 63 degree eggs? How do you know that the six girls debriefing from their night out aren’t going to order another ten coffees? But you always know, don’t you? You have it all worked out. Except for when I actually LISTEN to you and come back in twenty minutes and my table is given away! Then you don’t profess to know anything. Then I have to go to another café and start the whole process again.

Where is the banana smoothie, dammit?
I’m about to start a search party for the Banana Smoothie, who wants to join? I think it was last seen in Melbourne cafes, right before the kale, cacao, almond milk and quinoa craze. God, who can even remember life before quinoa. I’m pretty sure I was a lot happier though, you know, actually eating food with taste. Now we have smoothies with ingredients no one can pronounce let alone actually know what they are. I mean what the eff is ashwagandha or lakanto? And who wants cashew nut milk? IT’S A NUT! Also, do I really need a double shot of marine phytoplankton? I DON’T EVEN KNOW WHAT THAT IS. But sure, pop it in jar with a colourful straw, hashtag #cleaneats and boom you got yo’self a trend. Somewhere along the line, the smoothie lost its identity and I feel sad. Why don’t smoothies contain ingredients that actually go well together now? What happened to the good ol’ fashioned banana, milk and yoghurt with a dollop of honey? I’m sorry but nobody ACTUALLY LIKES green smoothies. They say they do, but they don’t. They just don’t. Bring back the old smoothie; bring back real milk. BRING IT BACK NOW. Banana Smoothie, if you’re reading this, please know there are still people out there who love you.

The raffle ticket system where you win nothing.
Haven’t heard of the ticket system? Well, this one might actually take the cake (or the croissant in this case). The super popular, Lune Croissanterie in Elwood has implemented a ticket system to keep all their customers ‘happy’. Either I don’t know what happy means or I don’t place as much value on pastries. Let me paint the picture for you. The very best outcome is you arrive at 6am to get your mitts on the first croissant ticket. Yep, get up at 5am on a WEEKEND (in the dark), travel to Elwood to line up for a flimsy raffle ticket, which guarantees you a maximum of six croissants… TWO HOURS LATER! Yep that’s a 5am start with three hours to kill, AT BEST… in Elwood. And if you’re not back in time to – wait for it – LINE UP AGAIN in the order of your raffle ticket, you miss out. Yep…game over, just like that. I’ve attempted this ‘happy’ system once and I can tell you, I did NOT feel happy afterwards. In fact, after waiting for three hours only to be told I’d have to wait at least another hour more, I came to the realisation that I was in MELBOURNE not PARIS! These bad boys might be good but unless they come with a giant pot of gold, a pair of Miu Mius or a diamond bracelet, I’m not spending four hours in a line. And if you are, I think it’s time to take a good hard look at yourself. 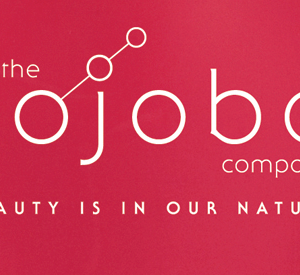 It's no secret that the wax content in our skin begins to diminish with age, and also through illness, medication and poor...
© Onya Magazine 2009 - 2021
Back to top