I used to think coffee tasted awful, you know – I’d drink one with friends when everyone else was having a latte, and for the rest of the day I’d talk too quickly, and only realise this after I’d finished bombarding someone with mouth-words. I apologise to all the people I have overwhelmed with my caffeinated-talk.

Two years ago, I was sent to review a new espresso bar in Melbourne with our Editor, Sandi. By the end of our tasting, I thought I was going to die – really. I had heart palpitations. The lesson here is, don’t drink six espressos in a day – a statistic endorsed by an old 2011 edition of the Sydney Morning Herald, which suggested six coffees per day can lead to high blood pressure and anxiety, as well as liver problems. The article also suggested pregnant women shouldn’t have more than three coffees per day, to which I say, go figure. At any rate, after being broken in I’m both horrified and pleased to announce I became a coffee-hound – sniffing out the best beans in the strangest places, and consuming a piccolo a day (which, according to the same SMH article, means I may be warding off cancer, and also aiding the growth of those little holes in my teeth.) I’ve hunted coffee in New Zealand and Perth, Canberra and Maryland USA, and I have to admit, I think the best coffee of all has been sitting in my backyard. 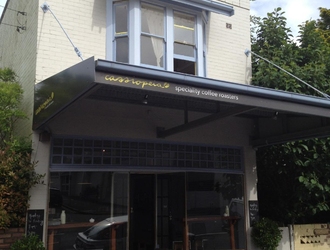 The first time I tried it, I knew. It took moments; a breath just before my lip touched the takeaway piccolo-sized biocup, and the fullness of its scent reached the bottom of my lungs. My first sip was a luscious one, the coffee an even punch to the senses – I couldn’t tell if the caffeine or the sensory overload had catalysed my sudden high. When I’d finished, the droplets of liquid at the bottom of the cup had me double-taking. They were distinctly golden; not murky brown, not granulated black. The coffee was gold.

Cassiopeia is a boutique roaster in Katoomba, at the top of the Blue Mountains, owned and run by Zac Suito. Growing your own business from scratch is a near-overwhelming notion. Imagine opening a coffee shop at 18? Since starting up his first espresso bar, The Pink Papaya, further down the Mountains in 2006, Suito’s fresh-out-of-high-school venture has garnered a fierce cult following. Now, at 23, Zac sources and roasts his own beans. Last Tuesday, he opened his newest venture only moments drive from the Three Sisters. I guess if we were talking about a band, we might say his new espresso bar is self-titled; it shares the name of Zac’s heavenly roast – Cassiopeia. 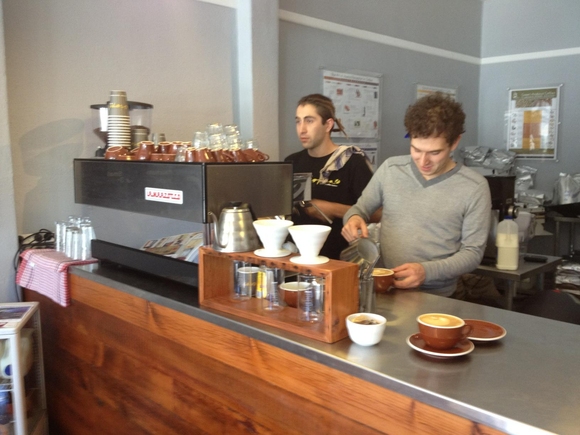 So what makes this bright young thing’s beans taste so good? Well, aside from paying independent growers well over fair-trade price for their produce, which has got to be a pretty delicious notion, ‘We use a lighter roast,’ explains Suito. ‘Usually people roast dark. This means you get a lot of what I like to call ‘charcoal flavours’. If you roast lighter you get sweeter flavours, but also more intensity. You want your coffee sweeter – otherwise it just tastes like…well, roast. Lighter beans are excellent for black coffees.’

You know what else is excellent for Zac’s black coffees? How incredibly good looking the new espresso bar is with its communal tables, polished floorboards, and roaster resting behind the counter. Once the local kite shop, Cassiopeia sits at the top-centre of a quiet T-intersection, so coffee drinkers can perch in a window seat and gaze at an open lick of road stretching somewhere over the hill.

If you’re a coffee-connoisseur with a penchant for strength and sweetness, head to 79 Lurline Street, Katoomba. It’s away from the main drag of shops, but the trip is well worth that short roll down the hill. You can also drop in to Cassiopeia’s Bean Hunter page (a website dedicated to coffee-fanatics trying to search for the best beans across Australia) by clicking on this link.

Australia Day - And What It Means To Us 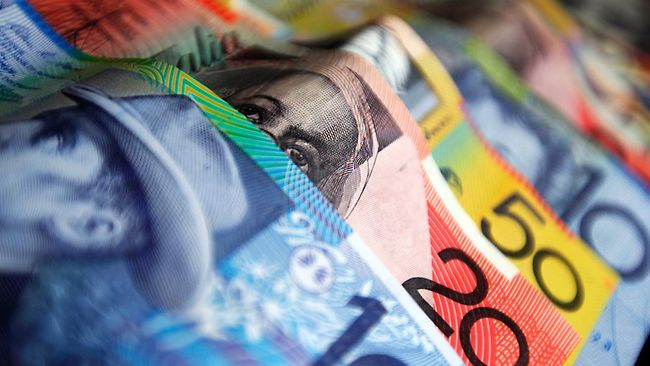 No Australian should ever curse the Aussie dollar for being too strong. Recently, however, I was guilty of doing exactly...
© Onya Magazine 2009 - 2021
Back to top