Well now, this is the perfect time of year to enjoy the Pacific Ale from Byron Bay’s Stone & Wood brewery. It’s hot, the sun is out, and you need a little something to accompany you at the barbecue.

Television commercials will have you believe that for the hot summer weather there is nothing better than an ice-cold VB. The only flaw with this strategy is that VB doesn’t really taste very nice. If the beer needs to be almost frozen for it to be drinkable, then it probably isn’t made of the highest quality ingredients.

With the acquisition of the Fosters Group by American giant SABMiller, it’s time to broaden your horizons and try some lovingly crafted beer from our very own doorstep.

Incidentally, the Pacific Ale tastes a lot better than the mass-produced beer that’s constantly pushed upon us.

The Pacific Ale is a lightly coloured ale that has a fairly low alcohol content (4.4%) and a light body that makes it a really fresh, highly drinkable session beer that is perfect for summer.

It makes excellent use of the Galaxy hop, which is an Australian variety that gives the beer a nice fruity aroma and a well balanced passionfruit-like flavour and rounds out the perfect summer accompaniment.

During 2011, the Pacific Ale took the top spot on the Critics Choice Awards which were judged by brewers, writers and experts in the craft beer scene which validated the broad appeal and accessibility of the Byron Bay brew.

Next time you need to choose something to drink on a summers day, or to take to a barbecue, the Stone & Wood Pacific Ale is one that should definitely be considered. 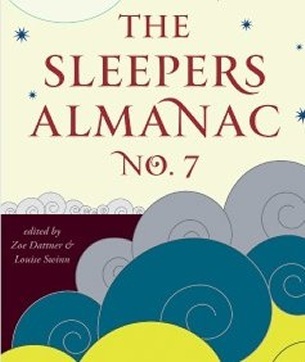 Sleepers Almanac No.7 Edited by Louise Swinn and Zoe Dattner The cant of a bitter, jealous writer: I can’t warm to a lot of contemporary...
© Onya Magazine 2009 - 2021
Back to top