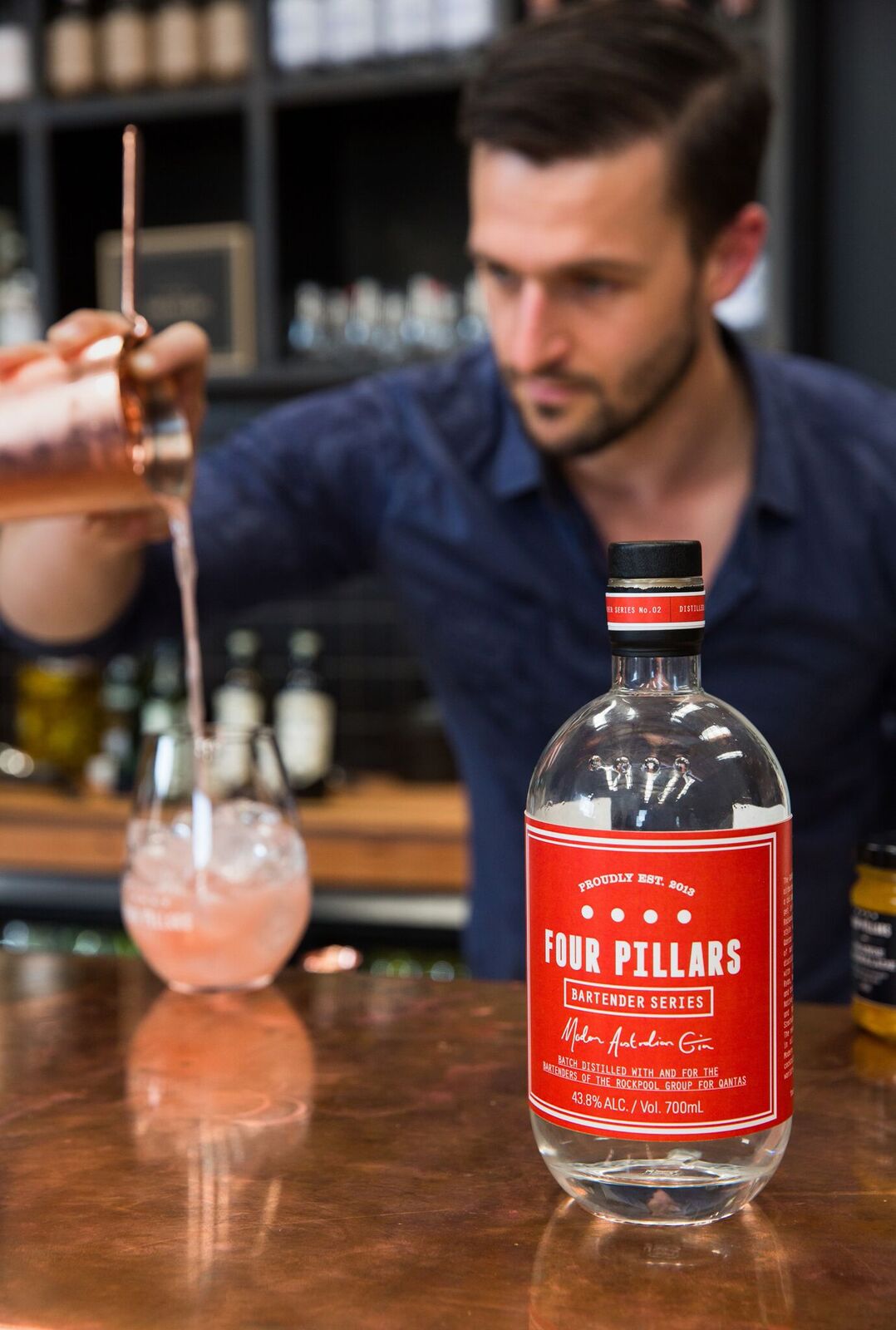 Four Pillars Gin has collaborated with the Rockpool Mixologists to craft a limited edition gin for Qantas, aptly named the ‘Modern Australian Gin’.

The ‘Modern Australian Gin’ will be poured in the Qantas First lounges in Sydney, Melbourne and Los Angeles, as well as the Hong Kong and Singapore lounges. The Rockpool Mixologists have designed three special cocktails, Hanky Panky, Gin Spritzer and The Doctor’s Order which will be featured in the Sydney and Melbourne First Lounge.

The gin will also be poured throughout Rockpool Group restaurants across Australia and will be available to purchase through Qantas epiQure, via the Four Pillars website and at the Four Pillars Distillery.

Cameron Mackenzie, Four Pillars Distiller said it was a great partnership that has resulted in an even greater product.

“As it says on the side of the bottle, when the opportunity arose to make a gin with the Rockpool Mixologists for Qantas, how could we say no? We’re really excited to extend our Bartender Series and welcome the newest member of the family; the Modern Australian Gin,” said Mackenzie.

“The gin itself is exceptional. The Asian spices give it a lovely warm mouthfeel, while the macadamia nuts give it softness and the apple and quandong give it freshness and a touch of the exotic. It’s delicious, it’s different and it will make a great drink, however you choose to enjoy it,” Mackenzie continued.

Four Pillars is a small, craft gin distillery based in Healesville in the Yarra Valley, an hour drive from the CBD of Melbourne. The core purpose of Four Pillars is to elevate the craft of distilling and spread the gospel about great Aussie craft spirits and the sheer versatility and genius of gin throughout the world. Along the way, they want to show off and celebrate a contemporary face to this wonderful, diverse, creative and brilliant island continent of ours.

The brand was launched in December 2013 and has gone on to win awards at spirit competitions across the globe, including Double Gold at the 2014 San Francisco World Spirits Competition – one of the world’s most prestigious spirit competitions – and Master Status at the 2015 Global Gin Masters in London. 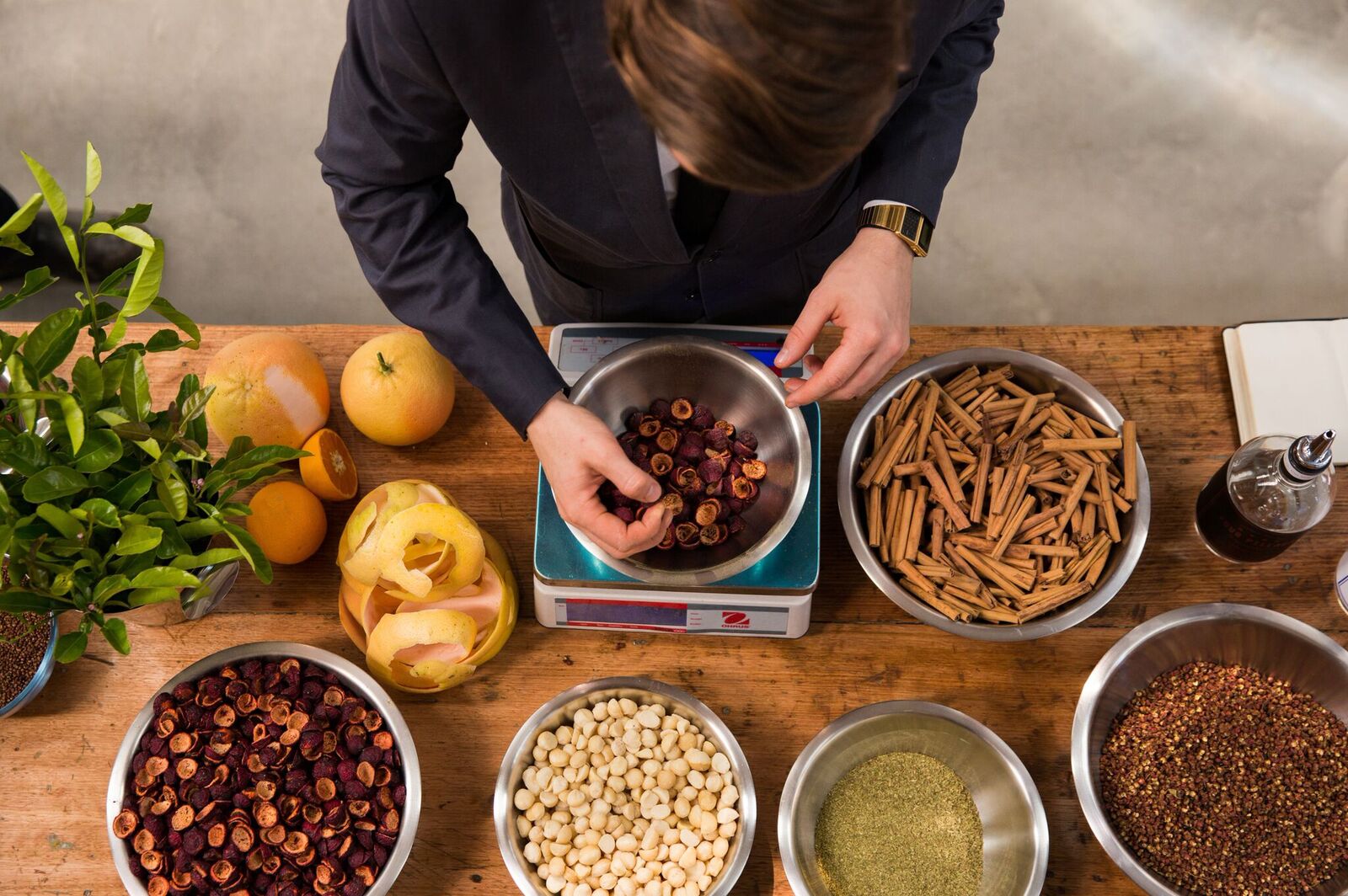 Ryan Gavin – Bar Manager Rockpool Bar & Grill Sydney – Ryan’s career in hospitality started in London at the age of 18, when he started work in a pub in Farringdon that was looking to improve its cocktail offering. For the next 10 years, Gavin travelled extensively through Europe, gaining accreditation in several cocktail competitions such as World Class, Bacardi Capital Cocktail and 42 Below Cocktail World Cup. Gavin has been with the Rockpool Group for over five years and he likes to mix classical styled drinks – simple mixes with only a few ingredients that showcase the base spirit. His favourite drink – a Dry Gin Martini, of course.

Max Gurtler – Bar Manager Rockpool Est. 1989 – Max has been around hospitality his whole life – he was almost literally born into it. Max’s mother was pregnant with him as she worked as a bartender before studying at hotel school in Berlin, where Max is from. His father is a chef and Max says this is where he really developed his passion for flavour.

Jacob Dykes – Bar Manager Rockpool Bar & Grill Melbourne – Born in New Zealand, when Jacob finished his apprenticeship as a plasterer he knew that in fact where he wanted to be was behind a bar. He fine-tuned his skills in London and Sydney before settling in Melbourne. Jacob loves the classics, martinis in particular. Working at Rockpool Bar and Grill has given him the opportunity to create cocktails with the best seasonal premium ingredients available.

1 in 3 Singles Have Been In A Loveless Relationship... Why? 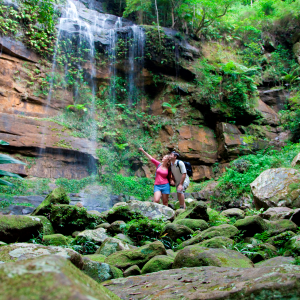 Just 90 minutes from Sydney, Lake Macquarie may be renowned for its picturesque lake and spectacular coastline, but it’s...
© Onya Magazine 2009 - 2021
Back to top