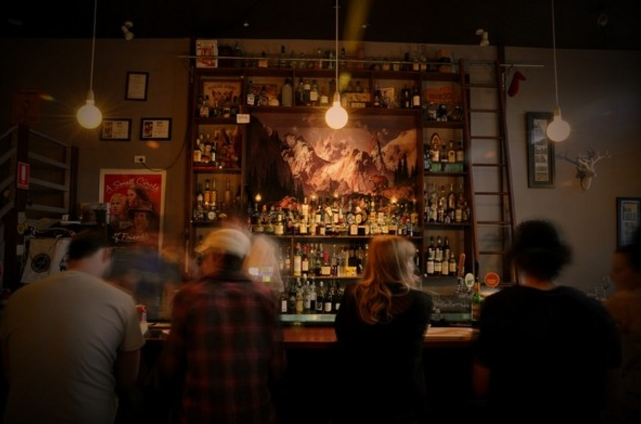 Gone are the days when whisky was considered a drink for men with pipes in tweed jackets sitting by a fire. Today, whisky bars and whisky appreciation classes through Melbourne are slowly taking the place of the traditional ‘wine bar’, and introducing visitors to a new kind of ‘cool’.

I’m the first to admit I’m not a groovy hipster. Using the word ‘groovy’ is testament to that. However, as I stepped into the dim lit space of Chez Regine, a bar sitting unassumingly along one of Melbourne’s busiest streets, it occurred to me that if the lighting is right pretty much anyone can pull off ‘cool’. Even me.

In preparation for my visit I spoke to Chris Barnes, Marketing Director of the Scotch Malt Whisky Society, who offered tips on the best way to enjoy whisky. “Always drink it without soft drink and only with a drop of fresh water.” My 19 year old self shuddered.

Chez Regine is so refined you’d be forgiven for thinking you’d taken a step back in time to the 1940s. Guests relax in big leather chairs or sit along the faux marble bar while Frank Sinatra-style music gently smooths out the ambiance. Offering more than 250 varieties of whisky and soon to offer over 400, owners Brook and Julian work hard to give each patron a unique experience, offering whisky tastings two or three times a week. Just don’t ask for ‘a whisky’ when you arrive.

“Asking for any kind of whisky is like walking into a bottle shop and asking for a glass of wine. There are so many to choose from – how could you possibly ask that and expect to get served the kind you’d like?” Julian said, graciously insisting I try half a dozen whiskies then promptly asking if I could ‘tell the difference’ (I failed).

As I sipped, Julian educated me on the differences between ‘whisky’ and ‘whiskey’ (besides the extra letter). He explained that ‘whisky’ was traditionally from Scotland, while ‘whiskey’, also known as bourbon, belongs to the Canadians and Americans. As Chez Regine is mostly a Scottish whisky bar, I decided it was necessary to head somewhere which specialises in Canadian/American whiskey. 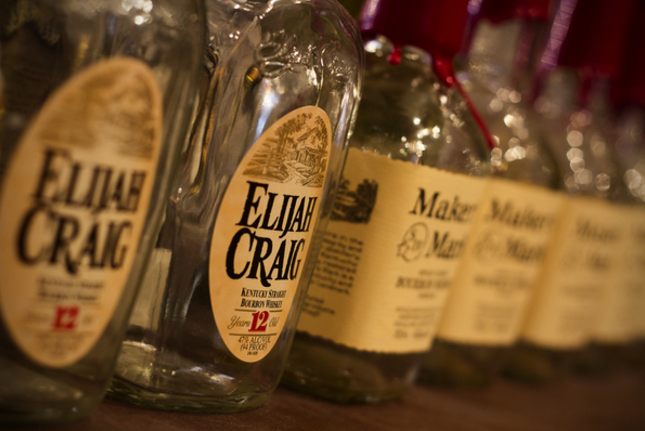 Cue Kodiak Club – an edgy bar living amongst the eclectic bric-a-brac stores and vegetarian cafes of Brunswick Street, Fitzroy. Bar manager Fred Siggins waves visitors in and offers his incredible knowledge with a ‘flight’, a sample tasting of four bourbons, while the beady eyes of the Canadian Kodiak bear watch on from the wall.

I relaxed in a leather booth lined with empty bottles of big nights passed while Fred explained the key differences between whisky and whiskey. “All bourbon and whiskey is made from the same ingredients,” says Fred, “grain, water and yeast. The only thing that makes them different from each other is the type of grain and the type of ageing process.”

Not keen on the city? The Woods of Windsor on Chapel Street offers over 50 whiskies and an impressive dinner menu. Visit if only to appreciate the collection of wild animal taxidermy on show around the bar, along with some ironic ‘no hunting’ signs. Just don’t take an animal-loving friend. The night may end in tears. 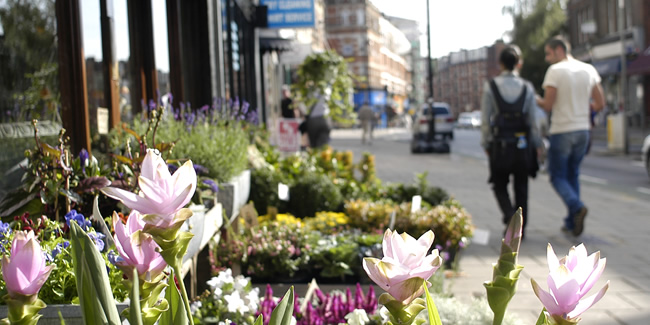 Many people have a real distaste for her - as an overexposed poster girl for mixed ethnicity and stylish authorship - but I am totally...
© Onya Magazine 2009 - 2021
Back to top