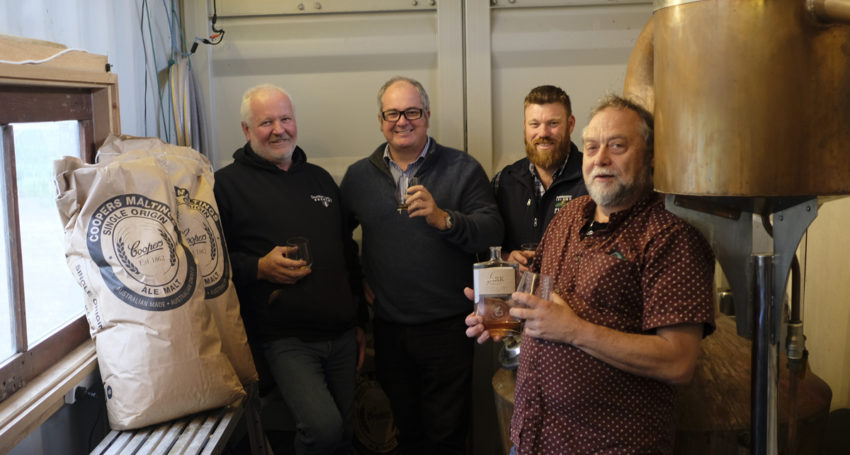 After more than a decade of building a strong brand in the craft gin space in Australia, Kangaroo Island Spirits is preparing to distil the island’s first single malt whisky in the coming weeks, writes Andrew Spence.

The whisky is thanks to a local collaboration of sorts between KIS, which was founded by Jon and Sarah Lark in 2006, a winery, two breweries and barley growers.

And there is plenty of advice on hand. Jon’s brother Bill Lark and his wife Lyn created Australia’s first single malt whisky in Tasmania in 1992, which has since grown to international acclaim.

Jon, Sarah and KIS head distiller Ronnie Kreher have wanted to make a Kangaroo Island whisky for some time but could not access malted local barley until recently.

Barley had virtually disappeared from the grain fields of Kangaroo Island in South Australia because of low prices and the lack of suitable varieties until Coopers Brewery convinced Kangaroo Island Pure Grain (KIPG) in 2016 to grow the new Westminster variety, which was better suited to the island’s cooler, wetter climate.

The malted barley will initially be mashed at Drunken Drone brewery on Kangaroo Island before being distilled at KIS in Cygnet River in the coming weeks and matured in port barrels sourced from nearby Bay of Shoals Wines. The hogshead barrels have been cut down to 20-litre and 50-litre capacities to allow for faster maturation – the spirit needs to be matured for two years before it can be called whisky.

Jon said the small 20-litre barrels had a higher surface-to-volume ratio meaning that “pleasantly drinkable” whisky would be ready in a little over two years, towards the end of 2020.

“We’re going to initially put 20-litre and 50-litre casks down once or twice a month and build our stock up that way,” he said.

“Then in three or four years we’ll have some more (from the 50-litre kegs) come in behind it to grow our volumes up.”

Kangaroo Island Spirits was last month named 2018 Australian Distillery of the Year at the at Melbourne International Spirits Competition following years of success at Australian and international spirits competitions.

KIS gins, vodkas and liqueurs are already sold in more than 200 bars and bottle shops across Australia and the distillery is looking to increase its presence on the eastern seaboard through its new Sydney-based distributor Nip of Courage.

Its gins boast a distinctly Australian flavour enhanced by the inclusion of local botanicals such as foliage from the coastal Daisy bush (olearia axillaris), native Juniper (myoporum insulare) and locally grown Lemon Myrtle and Aniseed myrtle. Jon said being able to access locally grown malted barley and have it mashed on the island had been crucial developments in its whisky journey.

“Being local it just fits our philosophy for doing everything here,” he said.

“We have always looked to use local resources as much as possible, so we are really excited that the barley we’ll be using in the wash has been grown right here.”

“It’s also fantastic that Coopers has opened their local malthouse and are doing regional malts and selling in quantities that local producers can use.”

Kangaroo Island is about 150km southwest of Adelaide, the South Australian capital, and is Australia’s third biggest offshore island behind Tasmania and Melville Island.

It has long been regarded as one of the world’s most pristine natural environments and is also known for its premium food and abundant wildlife.

Jon said he was looking forward to pouring a dram for his legendary whisky-making brother Bill of Lark Distillery.

“He’s given us some advice but we’ll go our own way,” Jon said.

Bill said he had seen the reputation of Australian whisky grow from nothing to being highly regarded globally in his 26 years in the industry.

“Given the recognition and achievement of Jon and Sarah and the team at Kangaroo Island Spirits with their award-winning gins and their dedication to quality, I am excited to see that they are going to produce single malt whisky on KI using barley grown on the island,” he said.

“I now look forward with much anticipation to their first release of KIS whisky.”

Tips For A More Successful Business 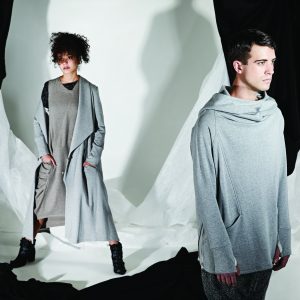 Got a penchant for local, ethically made clothes and an aesthetic as moody as a Melbourne winter? Then you’ve probably...
© Onya Magazine 2009 - 2021
Back to top